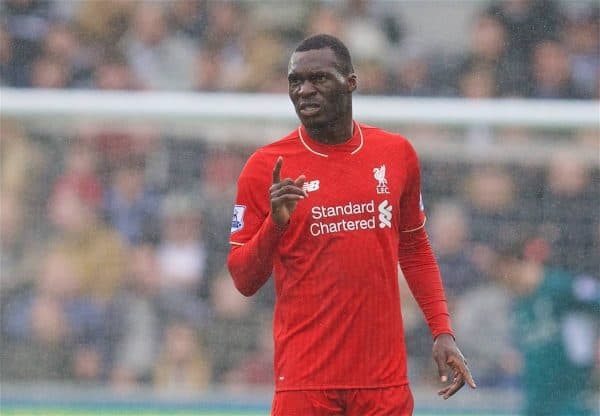 Christian Benteke’s Liverpool career could be coming to an end, with reports on Tuesday suggesting Crystal Palace are back in discussions to sign the striker.

According to the Telegraph‘s reliable Matt Law, Palace are “hoping to agree a deal” to bring Benteke to the club as early as this week.

The Eagles had a £25million bid for the Belgian rejected by Liverpool at the beginning of July, with the Reds holding out for somewhere close to the £32.5million they paid for Benteke a year ago.

It has become abundantly clear that the former Aston Villa striker has no future at Anfield, and Benteke himself is keen on a move to Palace.

The south London club are willing to pay him the £120,000-a-week wages that he currently earns at Liverpool.

Benteke had a very disappointing first season with Liverpool, especially when you consider the vast sum of money they paid Villa for his services.

Although the 25-year-old scored 10 goals, his performances were never up to scratch, and he looked unsuited to Jurgen Klopp‘s style of play.

With Daniel Sturridge, Divock Origi and Danny Ings all now superior options to Benteke, his chances of first-team football at Liverpool in 2016/17 are bordering on non-existent.

The Belgium international would be a good signing for Palace, who have been crying out for a striker of genuine quality for some time now.

The likes of Connor Wickham, Dwight Gayle and Marouane Chamakh have all flattered to deceive, and have failed to guarantee a regular flow of goals.