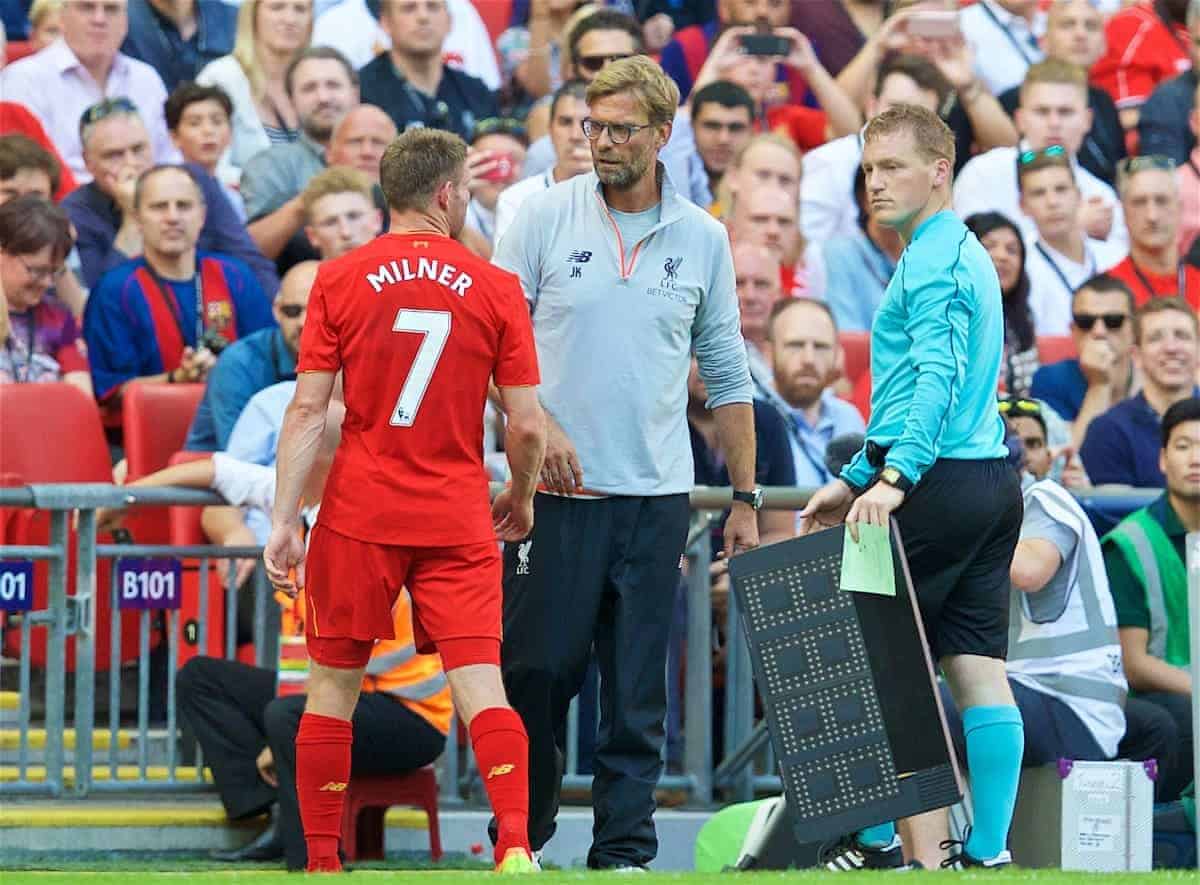 The 30-year-old was replaced by Alberto Moreno four minutes before half-time, heading straight down the tunnel, signalling an injury.

Speaking after the game, Jurgen Klopp revealed that Milner had suffered a heel problem, and would require a scan to determine his time on the sidelines.

However, with the recently retired England international leaving Wembley Stadium on crutches, it seems likely that he will require a spell on the treatment table at Melwood.

“Something with the heel, we have to have a scan then we’ll know more, but of course it wouldn’t be too good.”

Milner has been selected ahead of Moreno on a number of occasions this pre-season, with the former Manchester City man possibly usurping the Spaniard as Klopp’s first choice. Klopp, who refused to answer a question from a journalist from The S*n, has already suggested he could dip into the transfer market to sign defensive reinforcements following injuries to Lucas Leiva, Mamadou Sakho and Joe Gomez.

And pressed as to whether he would make further moves, he remained open to the possibility.

“I’m happy with the squad, but on the injury side if something happens we have to react,” he continued.

“We already have a few injuries in positions which aren’t too good for us, so we have to keep our eyes open. That’s absolutely clear.

“Until the 31st of August something is possible for us.

“Why should I say it’s over, or we’ll take another four? We’ll react if we need to.”

If Milner is out for a considerable period, Klopp is likely to bring in another left-back, having sanctioned Jon Flanagan‘s season-long loan move to Burnley and Brad Smith’s £6 million switch to Bournemouth.

This could be a new first-choice option, with Moreno’s position at this stage under question.