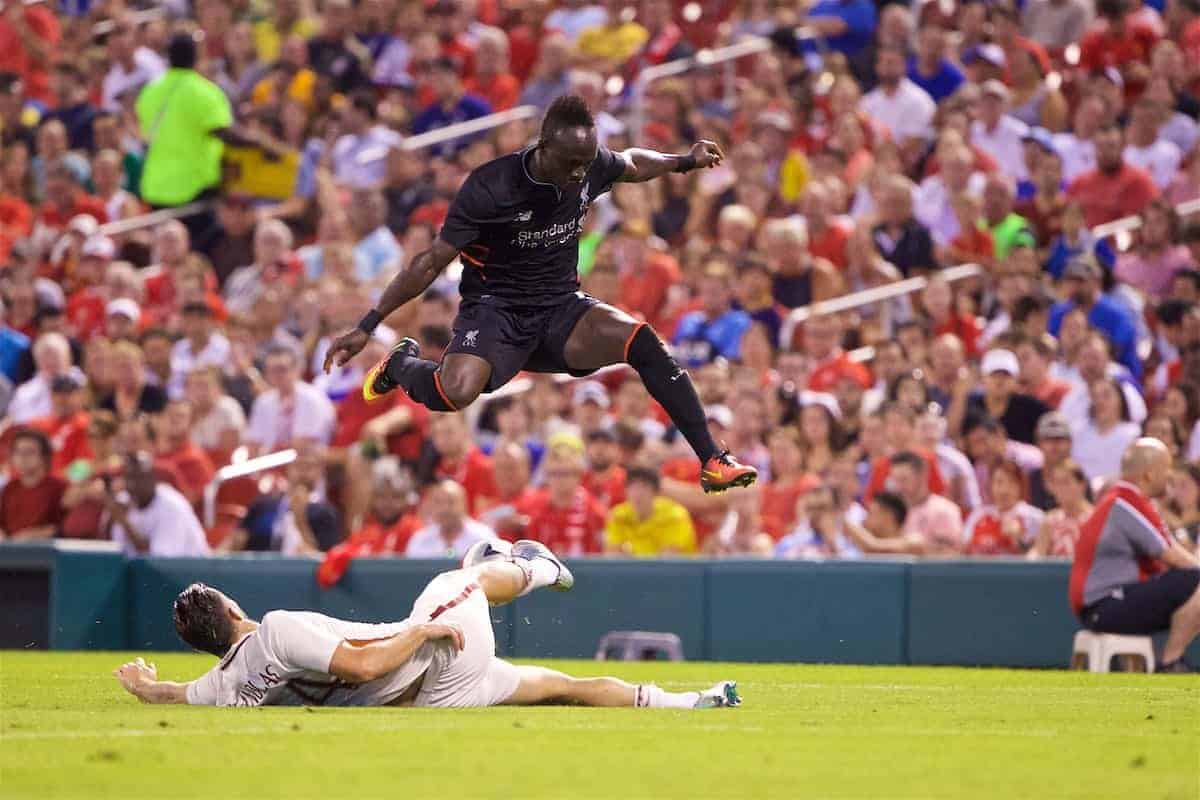 Liverpool fell to a 2-1 defeat to Serie A side AS Roma on Tuesday morning, rounding off their pre-season tour of the US.

Liverpool took on Luciano Spalletti’s Roma at Busch Stadium in St Louis, Missouri, for their third of three clashes across the Atlantic.

After Sunday’s 2-0 win over AC Milan, Jurgen Klopp made a number of changes to his side, but still named a very strong starting lineup.

Summer signing Alex Manninger started in goal, behind Nathaniel Clyne, Dejan Lovren, Ragnar Klavan and James Milner in defence, while Emre Can and Georginio Wijnaldum took up their places in midfield.

Behind lone striker Daniel Sturridge, Klopp fielded Sadio Mane, Roberto Firmino and Sheyi Ojo, but it was Roma who proved to be the more proficient outfit on the night. Liverpool began the evening with a spell of composed, measured passing between the ranks, with Lovren and Klavan seeing a lot of the ball as the Reds looked to settle the nerves.

But Roma soon found openings in the final third, with Stephan El Shaarawy denied by Manninger on five minutes and Edin Dzeko clipping it over under pressure from Clyne just over a minute later.

The Reds created a number of fluid attacking moves at the other end of the pitch, with Sturridge looking in improved form following a quiet night against Milan.

Sturridge combined well with the likes of Mane and Ojo, but failed to trouble Alisson in the Roma goal.

The Serie A side made their clinical forward play count close to the half-hour mark, with Dzeko taking down a long ball, holding off Lovren and powering home from outside the penalty area.

The pace of Mane and the overlapping runs of Milner continued to pose a threat to Roma, however, and it was the latter who laid on Liverpool’s equaliser just before the stroke of half-time.

Sending in a swinging corner kick, Milner found Lovren at the back post, with the centre-back nodding down for Ojo to turn in to make it 1-1 at the break.

Klopp made 10 changes at half-time, with only Wijnaldum keeping his place on the field, as the likes of Philippe Coutinho, Danny Ings and Jordan Henderson entered the fray.

It was a meaty challenge from Henderson that provided Roma with the first opening of the half, with Radja Nainggolan’s floated free-kick just drifting wide of the post.

A new-look lineup saw a slow adjustment period for the Reds, with passing combinations tenative and movements out of sync.

But Adam Lallana found himself a half-chance on 58 minutes, chesting down Alberto Moreno‘s cross, but Roma’s on-loan Inter Milan centre-back Juan Jesus was there to clear.

Roma made it 2-1 shortly after, with Mohamed Salah capitalising on a mixup between Simon Mignolet and Andre Wisdom to stab home from two yards out, prompting wholesales changes from Spalletti’s side, including the introduction of a 39-year-old Francesco Totti.

Lallana was at the heart of a strong move by the Reds on 72 minutes, but he was unable to adjust his body to shoot after touching down a clipped cross.

The intensity continued to drain as the second half went on, as the St Louis humidity began to take its toll, and Liverpool were dealt a blow as Moreno limped off with a suspected injury with less than 10 minutes to play.

Ings had a chance to make it 2-2 late on, nodding Cameron Brannagan’s free-kick towards goal, but Alisson was on hand to make the stop and seal the victory for Roma.

This result made it two defeats in three games for the Reds on their US tour, but Klopp will still be pleased with the progress shown by his side.