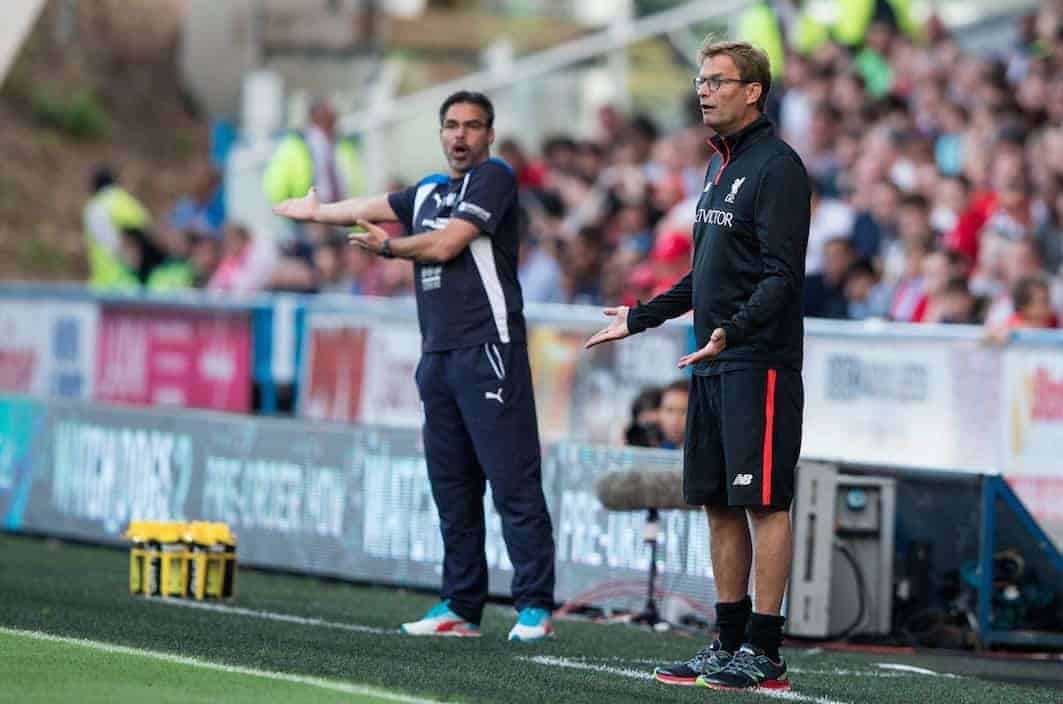 Liverpool will host Huddersfield Town in a behind-closed-doors friendly over the international break.

The Terriers, who are managed by Jurgen Klopp‘s friend David Wagner, are currently top of the Championship after an impressive start to the season has seen them unbeaten, winning four of their opening five games.

Playing a key part for the Yorkshire side is Liverpool loanee Danny Ward. The goalkeeper produced a stunning late save to ensure a 1-0 win over Wolves on Saturday.

WATCH: David Wagner shows how grateful he is to #htafc keeper Danny Ward for "that save" in the win over Wolves. pic.twitter.com/qQkywVCgV0

Wagner, who was best man at Klopp’s wedding, revealed the friendly match in an interview after that match.

Liverpool beat Huddersfield 2-0 in a pre-season friendly in July and you can expect plenty more co-operation between the two sides due to Klopp and Wagner’s friendship.

Last season, Wagner was a regular at Anfield during the Europa League games, and celebrated emphatically in the wins over Borussia Dortmund and Villarreal – bringing his family to sample Anfield’s atmosphere in the semi-final.

For Liverpool, the friendly during the international break will provide playing time for those players nearing full fitness.

Lucas Leiva played 45 minutes for the under-23s at Arsenal on Friday, before being named on the bench on Tottenham on Saturday, and he will likely take part.

Ragnar Klavan has picked up an injury in the last week and could use the game to return to fitness.

Alex Manninger will likely get some playing time, while youngsters such as Cameron Brannagan, Pedro Chirivella and Connor Randall would also seem set to appear.

James Milner, who recently retired from international duty, could use the game to further his experience at left-back.

Kevin Stewart is another who you’d expect to feature, along with forward Danny Ings who is still finding full fitness.