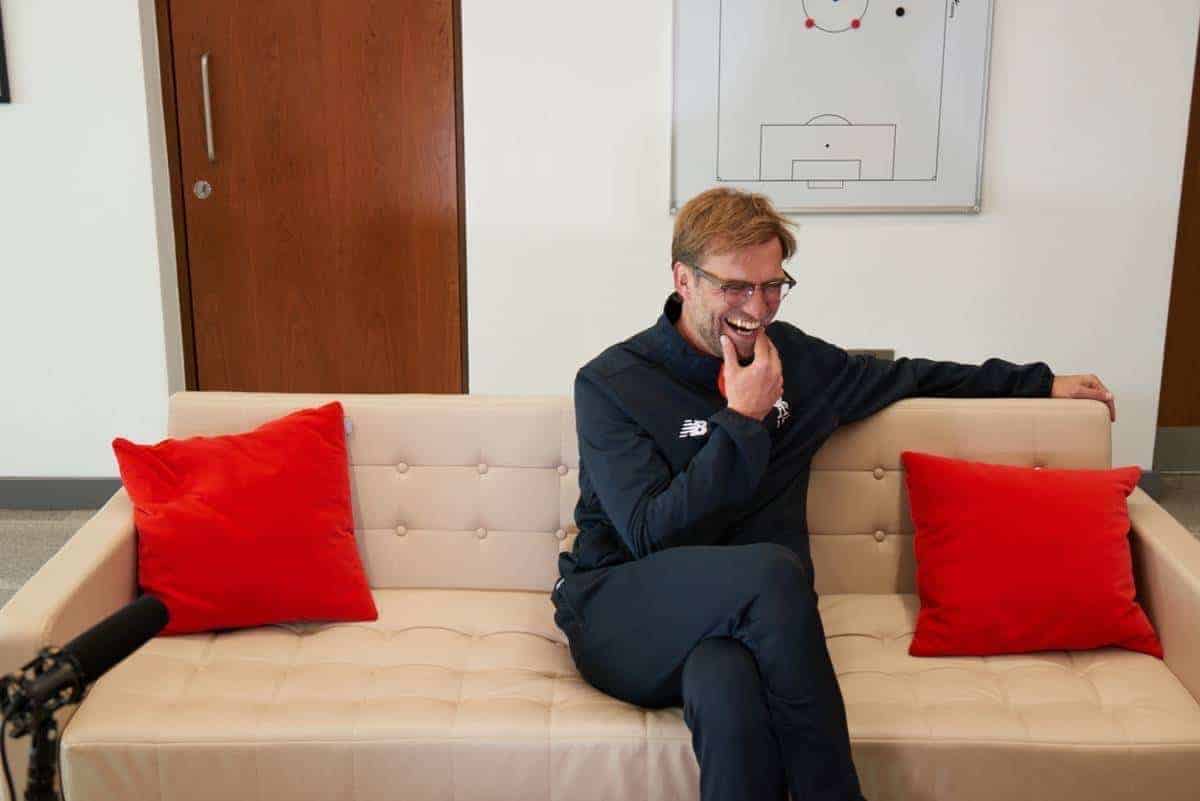 The video is part of New Balance’s ‘Train Like a Pro’ series and features the three Liverpool players teaching two fans, John and Kieran, how to press.

Whilst at Liverpool’s Melwood training ground, they meet the trio of Reds’ players to discuss, and put into the practice, the fundamentals of Klopp’s dynamic style of football.

In the training session they learn that to be able to create a high intensity pressing game that Liverpool employ you must:

1. Play with the mentality of pressing with high intensity
2. Condense the play and force the other team backwards
3. Think about how and where to press in a match situation
4. Wait until the opposition enters your half, then press the ball
5. If you lose possession, switch back to an up tempo game

Later, Klopp explains the idea of pressing and how players can always learn to improve their game, with the manager saying that “at the highest level of the football, the difference between a very good player and an outstanding player is making decisions.”

Adds Klopp: “With a few new movements, a few new passing options, you can change the whole game.”