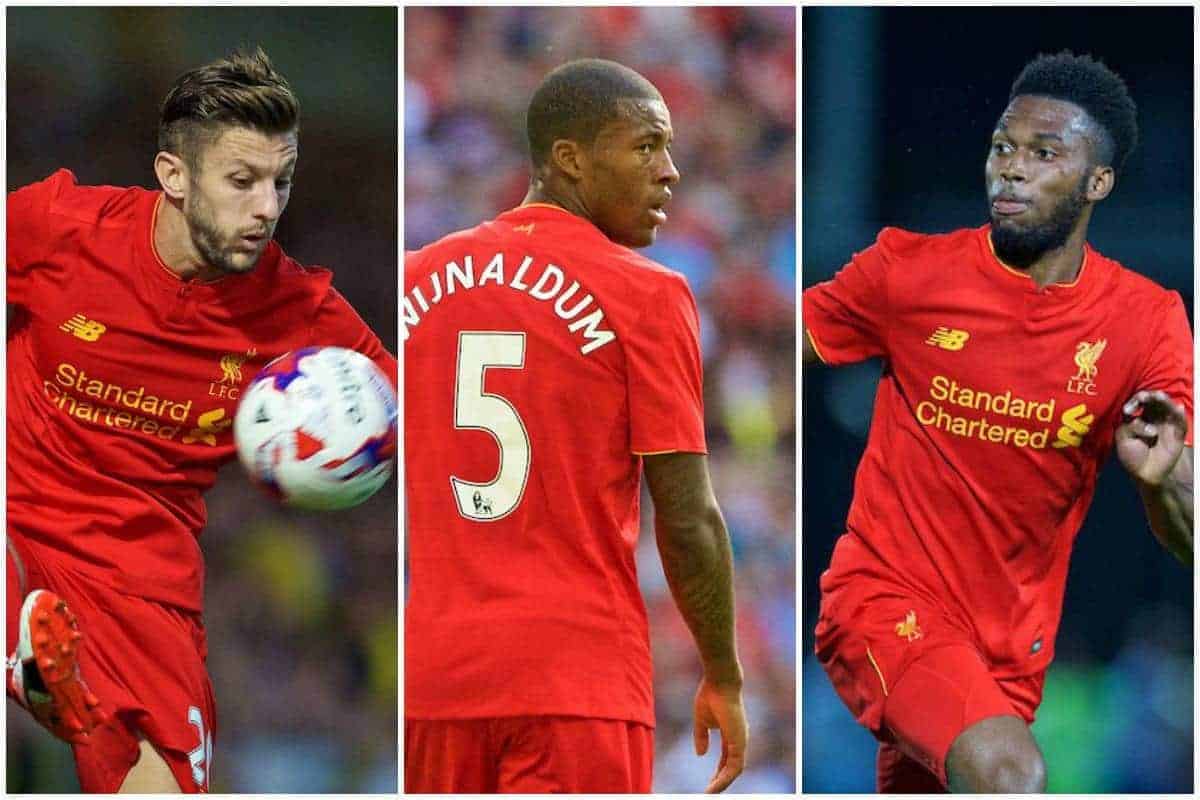 Jurgen Klopp has confirmed that Adam Lallana, Georginio Wijnaldum and Daniel Sturridge should all be fit to take on Hull City on Saturday.

The trio all sat out of Tuesday night’s 3-0 win away to Derby County in the League Cup, as Klopp made seven changes to the side that won 2-1 at Chelsea last Friday.

Liverpool welcome Hull to Anfield for a 3pm kickoff (BST) this weekend, and Klopp should find his squad close to full strength.

Speaking to reporters on Thursday morning, Klopp confirmed that Lallana and Wijnaldum had not been risked against the Rams due to minor problems, but had continued training.

Meanwhile, Sturridge returned to training on Wednesday, and “should be” available against Mike Phelan’s Tigers.

“Adam and Gini, who weren’t in the squad [against Derby], they’ll be ready,” he explained.

“Daniel made the final test yesterday, three days without training, should be in training today.

“It’s not only being part of the training, but yes I think [he could play].

“All the other players train all the time with little issues.

“Gini got a knock on his knee, all good but not to be risked for the Derby game, the same with Adam Lallana who felt a little bit of the intensity of the last games.”

The availability of Wijnaldum, Lallana and Sturridge, along with the likes of Roberto Firmino, Philippe Coutinho, Sadio Mane and Divock Origi, gives Klopp a welcome selection headache.

But asked whether this could cause an issue, with too many in-form players for one starting lineup, Klopp stressed that it was a “luxury.”

“If the expectation is that every player is maximum happy every day, then I know before the season I can’t do it,” he continued.

“But if the player is only happy if he starts the game, it’s the player’s problem, not mine.

“You have to perform on the pitch, on the bench and in each training [session].

“I have no feeling it could be a problem for us.

“If you have a few more players fit than you need, that’s not a problem, it’s a luxury. It’s perfect, you have perfect options to change.

“There’s nothing negative in the situation with more players in the best shape than you can bring in.”

Likely sticking with his regular 4-3-3 formation on Saturday afternoon, Klopp should be forced to leave out some of his big names once again.

But he is adamant this is a positive situation, and it has certainly proved that way so far.