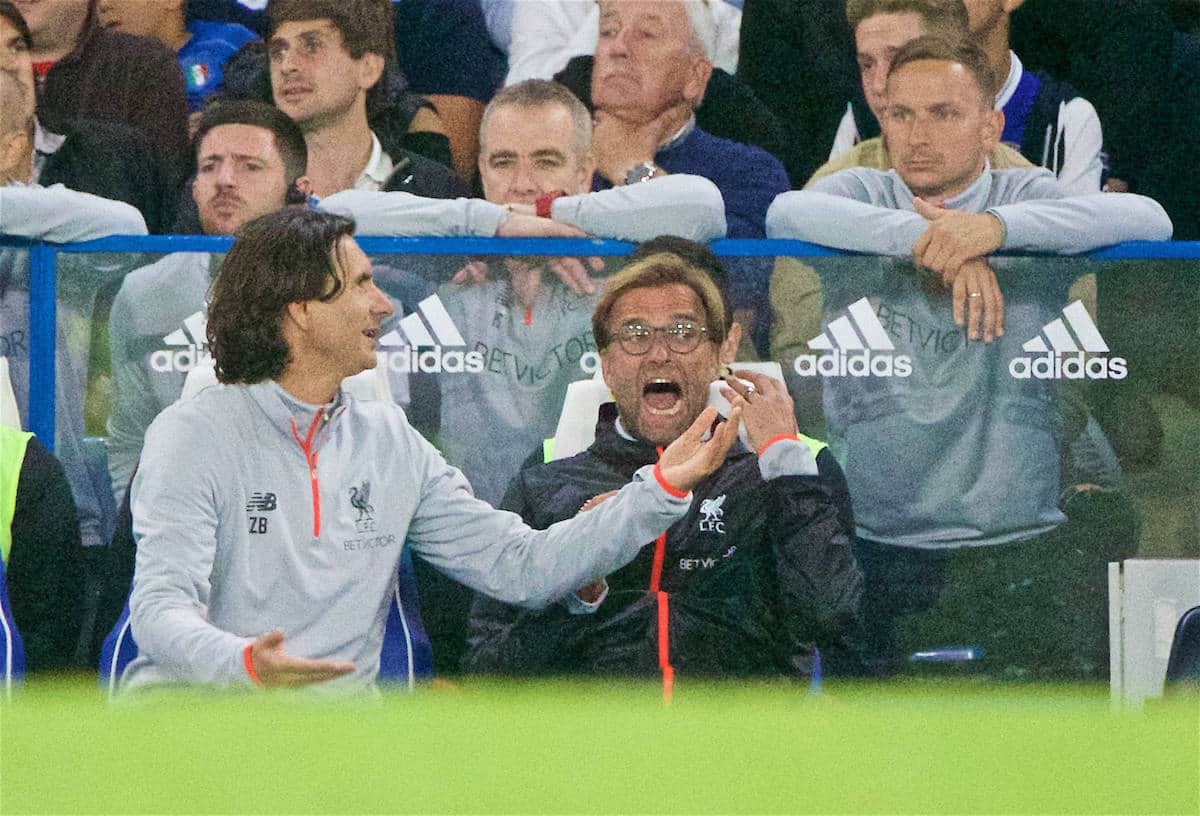 Jurgen Klopp hailed his Liverpool side’s performance after they secured a 2-1 victory at Chelsea on Friday.

Dejan Lovren‘s close-range opener was added to by a stunning strike from Jordan Henderson in the first half at Stamford Bridge.

Despite Diego Costa pulling a goal back, Klopp’s men held on for a deserved three points which moved them up to fourth in the Premier League.

The former Borussia Dortmund boss told Sky Sports: “It was satisfying, especially the first half, it was brilliant.

“We started the game from the first second. We had unbelievably good movement in our playing side. Everyone who plays against Chelsea knows it’s difficult to play against them, they are really well organised, but we created the space and played in them.

“It was a deserved lead at half-time. Before half-time there were times when Chelsea were a bit better in the game but only because we stopped playing football.

“The beginning was brilliant from my side and we played football that was really nice to watch.”

Klopp also believed that man-of-the-match Jordan Henderson deserved his match-winning goal, adding: “It was really nice and it was deserved. He’s a hard-worker and he’s still a young lad and a lot of pressure on his shoulders and we are helping him to learn how to handle it and he’s getting better and better and better.”

Liverpool captain Jordan Henderson echoed his manager’s words and believes that their performance is a confidence boost for the club.

He said: “It’s a big victory, it keeps our momentum going, I think we’ve been brilliant the last few games. I had a good feeling going into the game and I think we produced.

“We knew it would be difficult against Chelsea and got to defend well but I thought we defended excellently throughout the game and deserved the three points.

“It gives good confidence but we have to keep doing what we keep doing.”

Lovren was equally impressed with the Reds’ first-half display, adding: “I think we did brilliant especially the first half, we played some of the best football this season. At the end, a deserved win.

“We are acting like a team and the spirit around the club is perfect so we need to keep working stronger and stronger.”