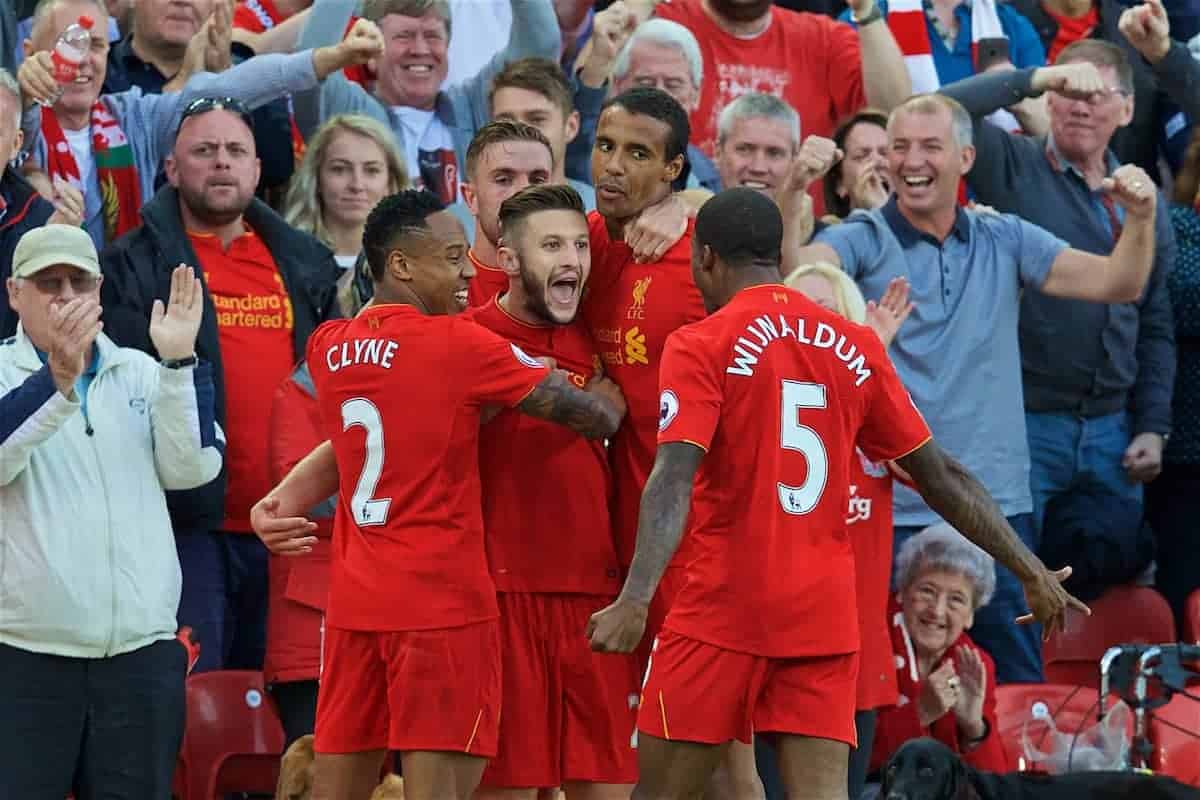 Liverpool brushed aside reigning Premier League champions Leicester City with ease on Saturday, and the Reds players reacted with resounding joy after the game.

In what was yet another example of Jurgen Klopp‘s men blowing away good opposition, Leicester were dispatched of 4-1 at a magnificent-looking Anfield.

Roberto Firmino registered a brace, starting and ending the scoring on the day, while Sadio Mane and Adam Lallana also found the net.

It means the Reds have seven points from their opening four league games this season, which when you consider they have already faced Arsenal, Tottenham and Leicester, is a respectable return.

After the game, the Liverpool players took to social media to praise the win and thank the supporters, on what was a great day at the office for all involved.

Nice victory today in this new stadium !! Congrats to the whole team and THANKS to all the supporters ?? #YNWA pic.twitter.com/lXrOB6xWpL

?? A message to you from Sadio Mane… pic.twitter.com/zj8LC1dQD3

Great to be back in the squad ??? …it was simply amazing to experience the support of the fans at Anfield today! ?? #YNWA #LFCvLCFC @LFC

Thank you for your incredible support, Reds! ? pic.twitter.com/UmsDhLdDgJ