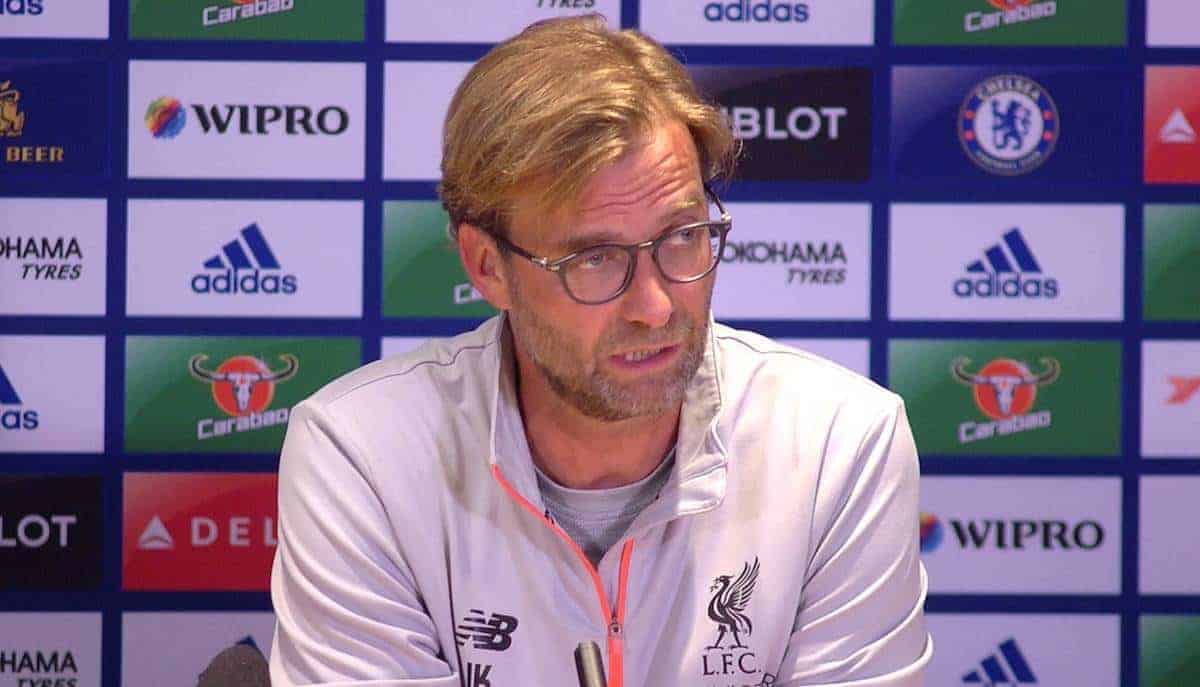 The Reds’ boss was delighted with his side’s first half display: “Our build-up was brilliant in the first-half. I was really happy with the style of play.

“The problem was that we stopped around 37 minutes. It makes not too much sense but it’s normal for human beings, especially football players.”

Klopp lamented his side’s ability to somehow concede a goal on the counter attack when already 2-0 up: “That makes not too much sense”.

“But then we were back, we defended really well.

“We had the biggest chance with Divock’s header, brilliant save.”

Speaking of his style of football, Klopp said: “I like good football. We want to have the ball, I don’t think of ‘my kind’ of football. We try to win as many games of football as possible that’s all.”