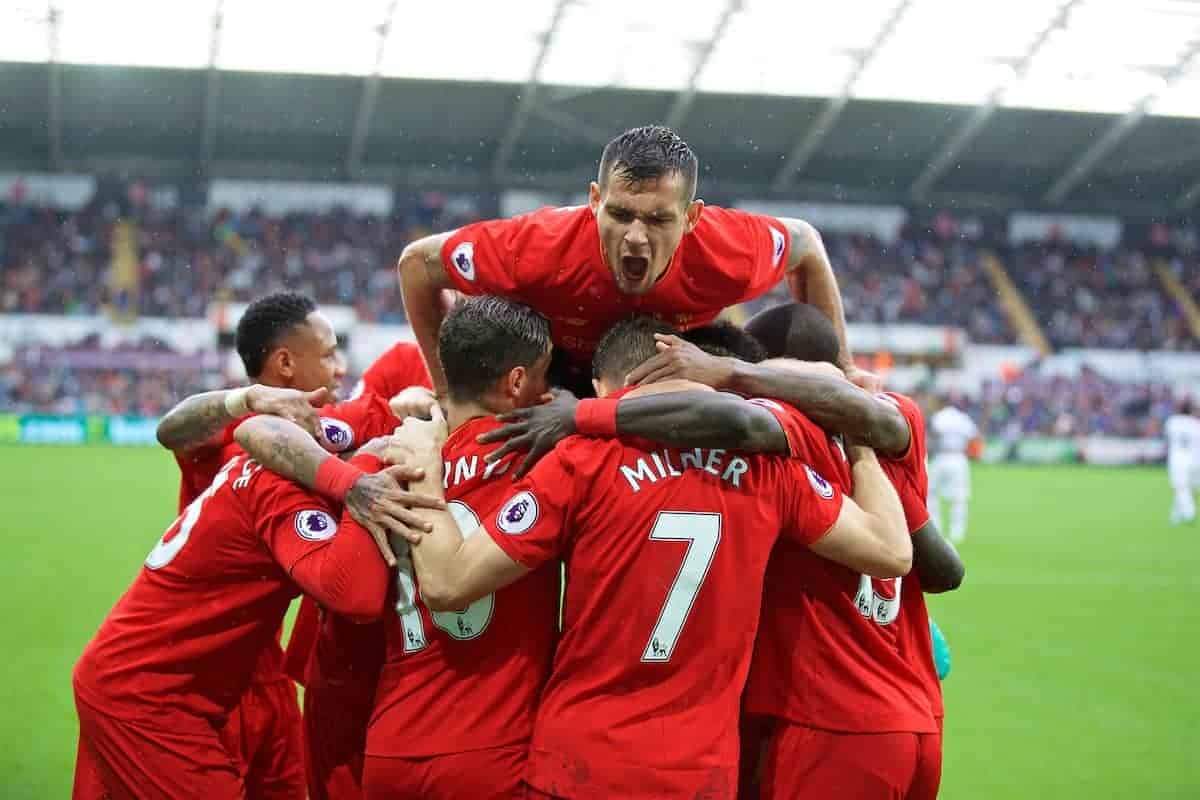 Liverpool are eight games into their 2016/17 Premier League campaign, and the results they have picked up are already more positive than the corresponding fixtures last season.

It has been a strong start to the season for Jurgen Klopp and his side, as they search for a top-four finish and a possible title challenge.

They are just two points off current leaders Man City in fourth place, despite having endured a tougher start than any of their rivals.

We’ve taken a look at how Liverpool are faring in comparison to the same fixtures last year, and it makes for positive reading.

The Reds are currently six points better off in those corresponding games, which is further proof of the excellent job Klopp is doing at Anfield.

The memorable 4-3 at Arsenal on the opening weekend was the perfect way to start the campaign, and it bettered the 0-0 draw that Brendan Rodgers’ team picked up at the Emirates in August 2015.

A 2-0 loss at Burnley may have felt disastrous at the time, and was a bitterly disappointing performance, but it was no worse than the 2-0 defeat away to Newcastle – the team the Clarets replaced in the Premier League this season. The 1-1 draw at Tottenham was both a solid result and a repeat of the point picked up at White Hart Lane in Klopp’s first game last October, and they also beat champions Leicester City at home for the second time in a row.

Yet another impressive win was sealed away to Chelsea, while the home win against newly-promoted Hull City was the same outcome as the win against relegated Aston Villa at Anfield last September.

A hard-fought 2-1 win at Swansea City was a big victory for Liverpool, and it also avenged the 3-1 defeat suffered towards the end of the last season.

Finally, the dull 0-0 draw at Anfield against Man United on Monday may have felt a little disappointing, but it was still a point gained compared to last season, when Wayne Rooney scored the only goal of the game.

Some may argue that not too much should be made of these statistics – opposing team are different forces as each season passes – but it is hard not to feel more confident about what could be a memorable 2016/17 campaign.