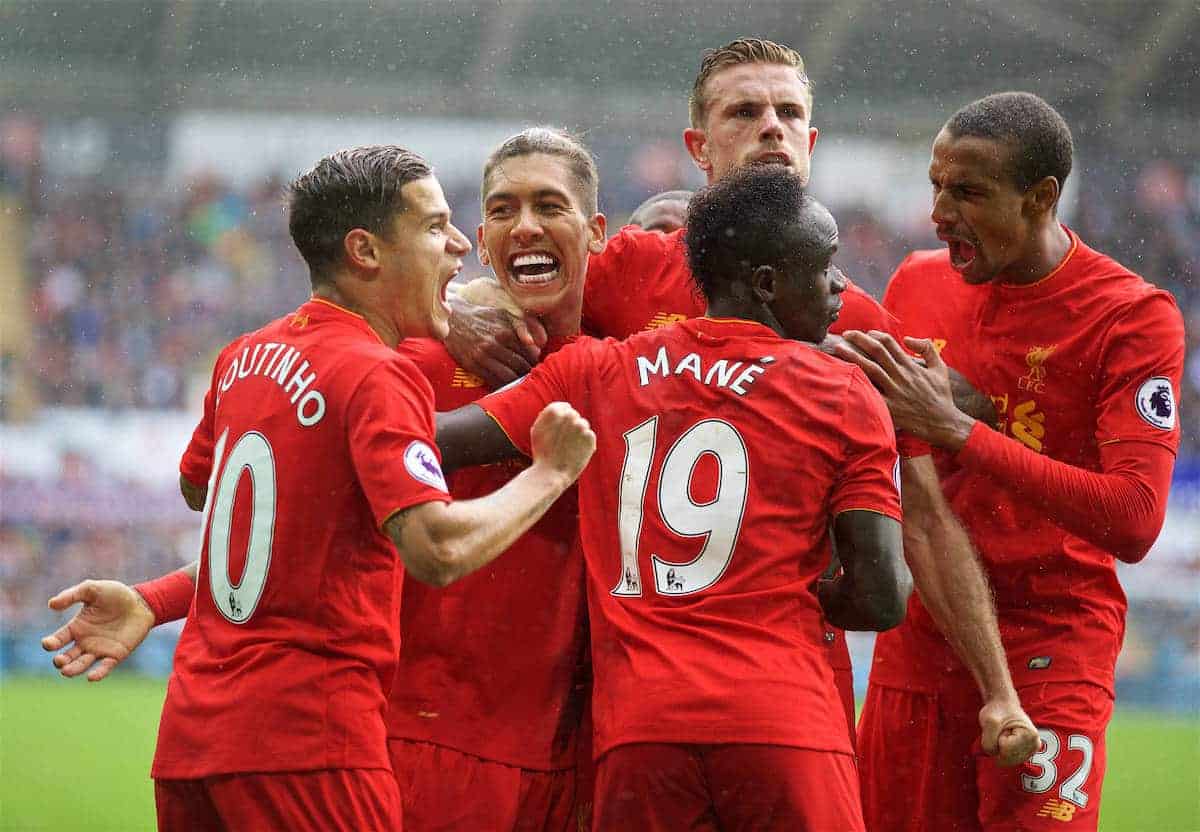 Certain aspects of Liverpool’s play were vital to their impressive comeback at Swansea City. The five talking points below look at the strengths Jurgen Klopp‘s side showed in this hard-earned win.

After an indifferent first half which saw some poor defending, it looked like this would be another difficult afternoon for Liverpool on the road against a so-called lesser side.

Swansea pressed well from the front, putting Joel Matip and Dejan Lovren under pressure early on.

But The Reds were able to recover, showing a grit rarely seen in previous seasons.

Here are some of the talking points from the game as the players head into the international break.

Jurgen Klopp said prior to the game that his bench was strong and hoped it could make a difference.

When Adam Lallana left the field with a suspected groin injury after just 23 minutes, he was given an early chance to put these words into action.

It would have been easy for the manager to opt for either Lucas or Emre Can to come into the midfield, but instead he went for Daniel Sturridge, shuffling the pack accordingly. It was a positive move which gave the English striker some much-needed game time, and also indicated to the players on both sides what Liverpool’s mentality would be for the rest of the game.

They improved slightly in the first half, as Sturridge offered a lingering threat to Swansea’s back line, but then in the second half the team really started to fire.

With the opportunity to regroup at half time, and give clearer instructions to this altered lineup, Klopp sent his players out for the second period with their focus reset, and their eyes on the opposition goal.

Sturridge isn’t a target man but he’s still capable of holding the ball up well on the ground. In this sense he’s a target man on the floor, rather than in the air, which suits Liverpool.

He may not have got himself on the scoresheet, or even notched up an assist, but his presence set the tone for this excellent win.

A patient but ruthless comeback

From the coolness of Milner’s penalty, to the competence of Firmino’s well taken header — Liverpool didn’t panic in their quest come back from a goal down.

They were frantic but not rushed, and in the second half they camped in the opposition half letting off 16 shots compared to 4 from the first period.

Henderson’s cross for the equalising goal was perfect. It’s a position on the pitch he likes to cross from, but it still took some finishing. It would have been easy for Firmino to not get enough on the header, or miss it completely, such was the way he had to adjust his body having just been running away from the goal.

But he timed his header as well as Henderson had timed the cross, glancing the ball into the corner of the goal giving Lucasz Fabianski no chance.

Firmino was involved again for the second, working hard down the left before finding himself in the box to win a penalty which Milner dispatched nervelessly.

It’s long been said that Philippe Coutinho will find a home in the centre of midfield, despite the fact he’s rarely played there.

Today we got to see the Brazilian in this role as he dropped back into the centre of the park after Adam Lallana departed due to injury.

As hoped, he dictated the tempo of the game with his quick thinking and fast feet.

He was excellent in tight areas, and while some of his through balls didn’t find their target, his short combination play was very impressive.

He can sometimes get caught defensively, but these are the areas of a new position which take longer to learn.

Despite the odd struggle, it’s easy to imagine Coutinho with a number 8 on his back rather then a number 10 in the future.

In an interview shown before the game, Liverpool’s number 5 commented on his role in the team and how it differs from the one he played at Newcastle.

“I don’t play that high on the pitch any more,” said the Dutchman. “At my previous club I was the attacking midfielder who went all the time, but now you have Adam Lallana, Jordan Henderson who can go, and also Milner on the left side who can attack.” In this game he played two of the midfield roles, but as Klopp and now Wijnaldum have mentioned this week, these positions come with similar responsibilities.

“To be fair, he doesn’t give a lot of jobs in midfield to do, he says you have to be free in the things you can do,” Wijnaldum said of Klopp’s instructions.

“I have to look at other players, and when they go I have to stay, and that’s the big difference. If you are not an option you have to be protection. That’s not just for me but for the whole team.”

Is the upcoming international break good or bad for Liverpool’s run of form?

The side are unbeaten in seven games in all competitions, with only a draw at Spurs preventing a perfect record during this period. They are putting a good run together in the league too, on top of their wins in the EFL Cup.

Klopp gave his opinion on it in his post-match interview. “All the players are all over the world, I don’t like it,” he said. “But it’s like this, hopefully they come back all healthy and we start again.” However, the injury to Adam Lallana, and the struggles at times today suggest that this break might be a useful one.

If only they could all regroup and work together in training during this time, but this is the price paid for a team which boasts top international footballers. Rivals will be in the same situation though.

One thing is for sure, a win here has been crucial to continue momentum into the break… with the next game at home to Manchester United.