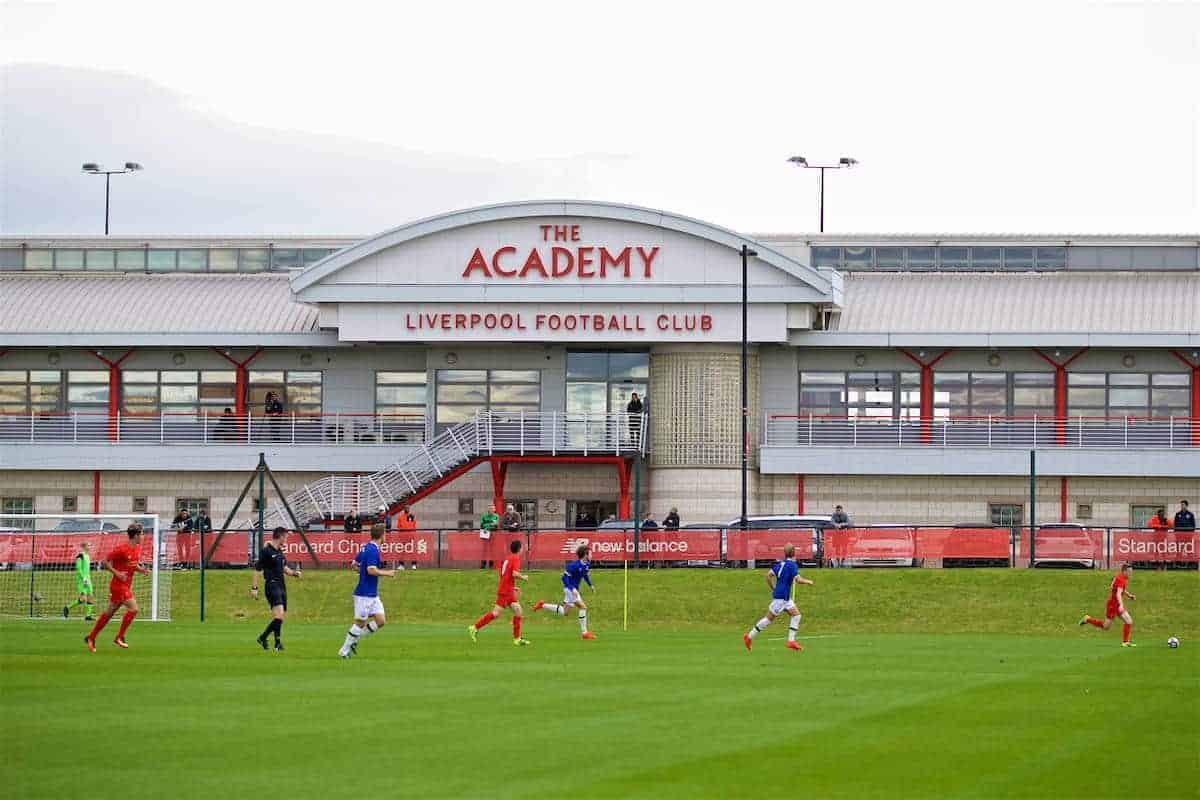 Liverpool have introduced a wage cap for young players at the club’s academy, with aim to deter the ‘too much, too young’ culture and instead entice players by the chance of more first-team playing opportunities.

The Reds have introduced a cap meaning first-year 17-year-old professionals at the academy will earn no more than £40,000 per year, which is similar to Tottenham and Southampton, explains the Telegraph‘s Chris Bascombe.

The Academy have recently started to reduce the number of players on their books, seeking quality rather than quantity and are now looking to ensure they attract the right kind of player with the attitude to progress.

With Jurgen Klopp clearly keen to give opportunities to youth players, and not a manager who typically isn’t at a club for short time, teenagers should know they are at Liverpool for the right reasons.

“I’ve always been at clubs for the long-term so when I see a 16-year-old player who is good, I can always wait for him,” said Klopp.

“We have created a situation where all these boys see a real perspective – that’s very important, they need to know that there is a way through.

“I can promise that before we sign a player who isn’t a lot better than what we already have we will always use our own boys.

“That’s how the future should be, even in the crazy football transfer world. We want to be this special club.

“It’s important for us that even if they don’t make it through at Liverpool that they’ve had the best education they could get. That’s what we’re working on. Nothing is finished yet.

“We are all trying to improve. Improvement sometimes means to change something, sometimes it just means to wait.

“We have changed a few things but not too much because I think the work at the Academy is really good. We work pretty close together because we want to help these boys so they can help us from a specific point on.”

Klopp also spoke about the prospect of combining Melwood and the Academy, saying: “It would be easier. You wouldn’t need to drive between two different places.”

Such a change to the club’s overall setup would mean either redeveloping the Academy in Kirkby, or finding a new site to develop.