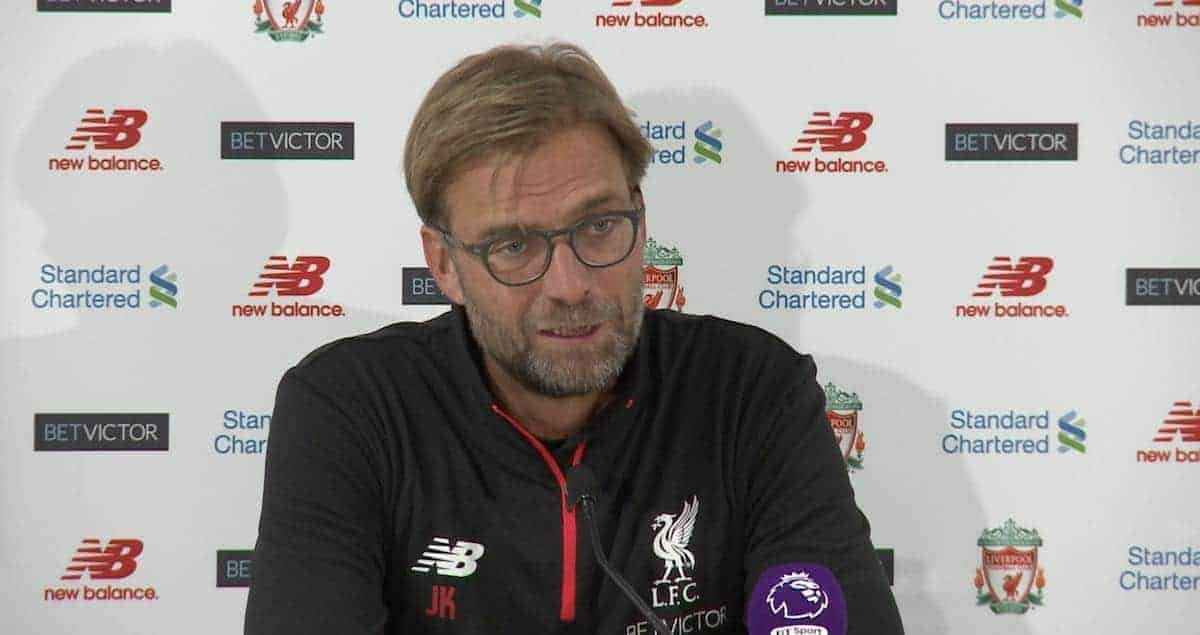 Watch Jurgen Klopp speak to the media after Liverpool’s 2-1 win over West Brom at Anfield in the Premier League.

Asked if he would have preferred to have got the goals and put the game away earlier, Klopp said: “In dreamland you win always 4 or 5 nil.”

Adding: “Who wants to be top in October?”

Klopp was later asked why he doesn’t want to be top in October: “It was a little bit of a joke! Sorry!

After his side went joint top of the Premier League table, Klopp was asked “what’s going to decisive in this title race,” saying “I until now haven’t seen a weak team in this league.”

The boss was finally asked about Steven Gerrard seemingly saying his goodbyes at LA Galaxy.

“He is always so welcome at Liverpool FC,” said the boss. Absolutely no problem.

“Nobody should be worried that there’s no space for Steven Gerrard, everything will be fine, 100%.”