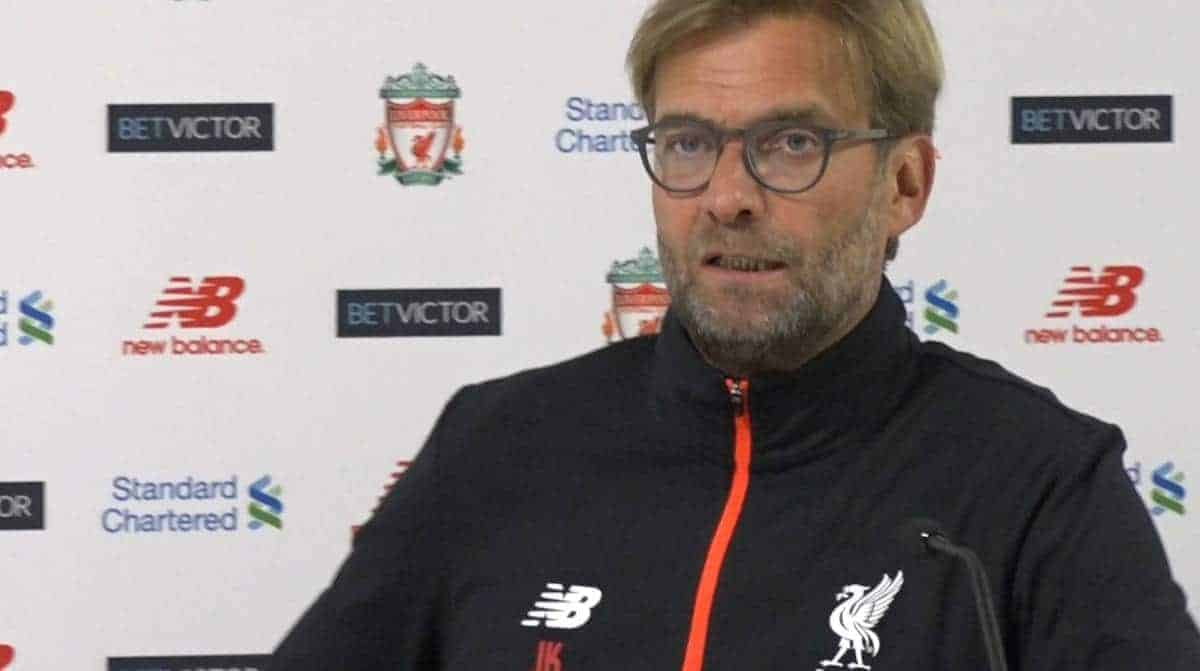 Klopp was asked if he was surprised how defensive United were, saying: “No…[The] game was hectic from start, worked to their advantage and not ours.”

“We lost patience much too early. Our passing game was then not good any more. We had 65 percent possession but have to do better things,” he explained.

“Second half maybe we would have deserved the win, but 0-0…I’m sorry for this. Best thing is we have one more point and clean sheet.

“When opponent makes situation like this on the pitch we have to stay cool. In last third we lost patience.

“We tried everything, only with the wrong tools tonight.

“We could have played, we have played better. We couldn’t get rid of the hectic [style of play].”

Asked of Mourinho’s style, Klopp said: “From his lineup it was clear there would be a lot of high balls. We did it really well (defending high balls).”

Overall, Klopp surmised: “We had a few good moments, but not enough to deserve the win.”