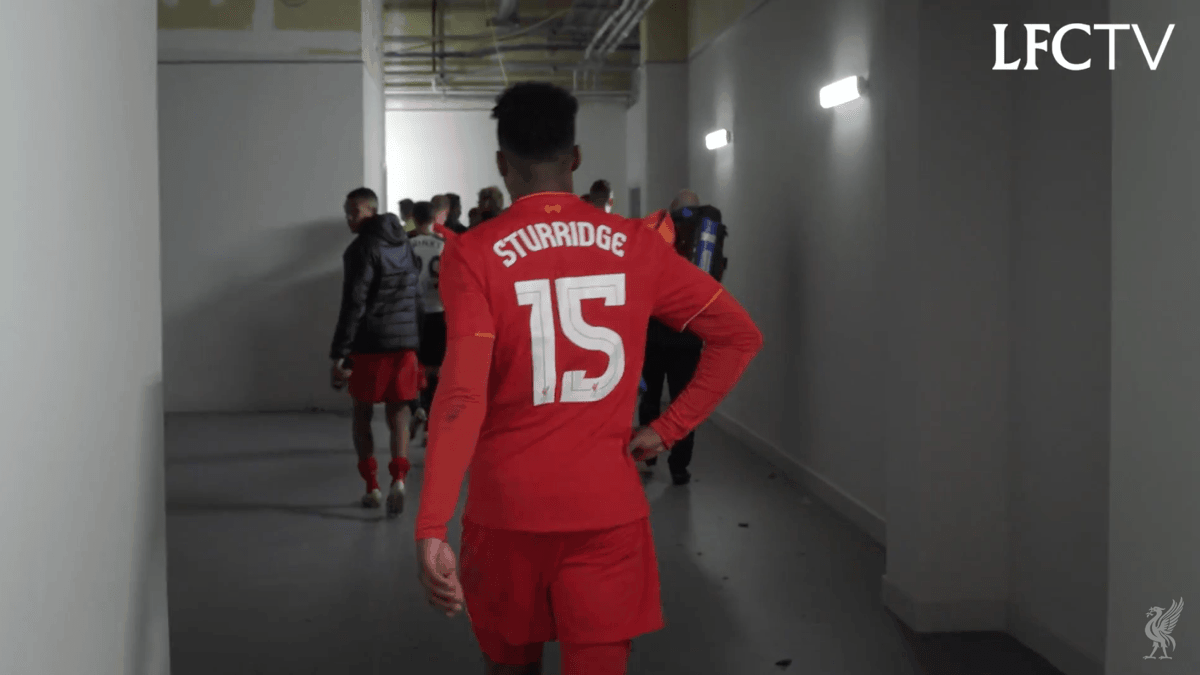 A view from inside the players’ tunnel at Anfield during Liverpool’s 2-1 victory over Tottenham Hotspur provides an interesting insight.

Two goals from Daniel Sturridge helped secure the Reds’ progress to the quarter-finals of the League Cup on Tuesday night, with a home clash against Leeds United to come next.

Filmed throughout the evening, from the stewards’ briefing to team arrivals, to last-minute rituals and in-game interactions, Liverpool’s Tunnel Cam gave an insider view of the night at Anfield.

Despite the Reds’ stadium undergoing considerable redevelopment work over the summer, the video shows the temporary measures still in place for changing rooms and the tunnel itself.

It also shows Klopp undergoing pre-match media duties and the players heading out for their warmup, thirty minutes before kickoff.

Twenty minutes later, both sides head back inside before the match officials lead everyone out just prior to kickoff.

Sturridge was, as is the norm, last out for the Reds, receiving a warm pat on the back from Klopp as he joined his team-mates in the line.

Klopp’s influence was also on show as his side headed out for the second half, with an arm around debutant Trent Alexander-Arnold, who became the 17th player to make his Reds bow for the German.

Also on hand to provide the 18-year-old encouragement at full-time, Sturridge proved himself a positive influence both on and off the pitch for Klopp’s Liverpool.