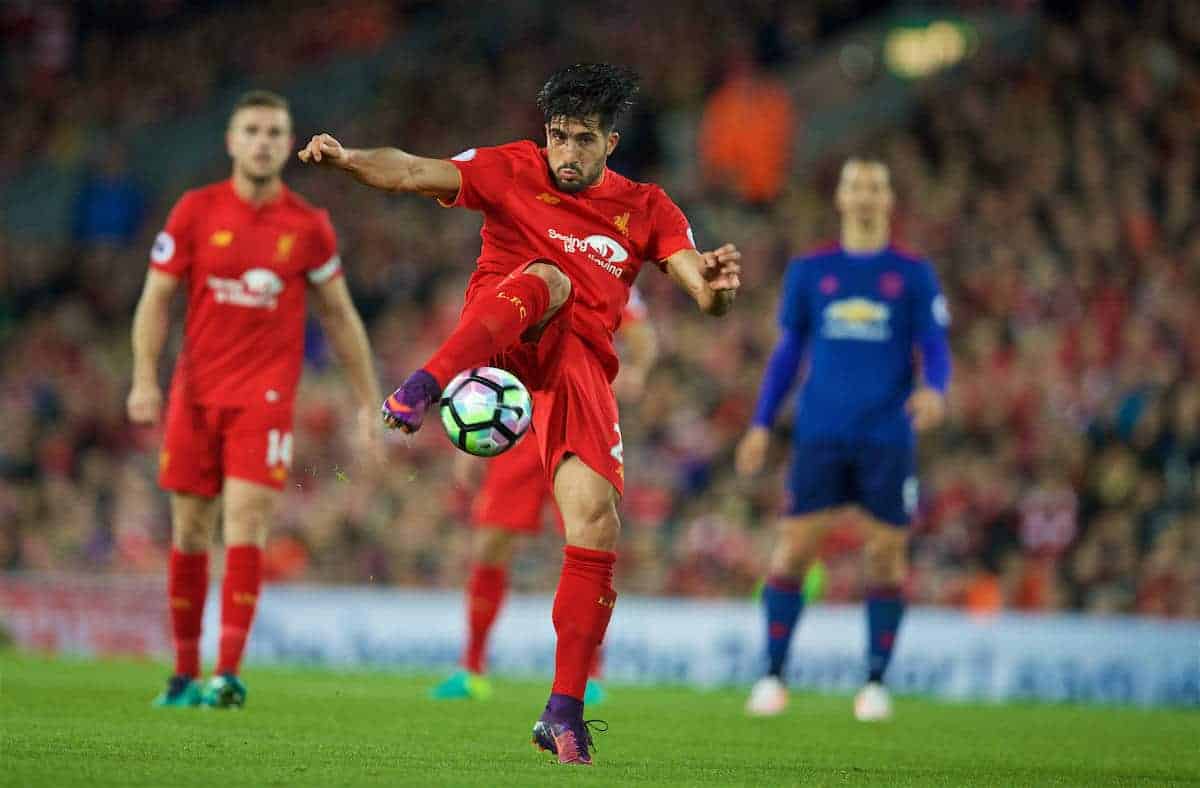 Emre Can believes Liverpool can take positives from their 0-0 draw with Man United on Monday – a game he says the Reds “deserved to win”.

In truth, it was one of the least memorable clashes between Liverpool and United in living memory, with chances few and far between.

Jose Mourinho predictably came to Anfield looking for a stalemate, and Jurgen Klopp‘s side never quite hit top gear on a frustrating evening.

Can returned to the Reds’ midfield in the absence of Georginio Wijnaldum and Adam Lallana, and he believes Liverpool merited all three points, despite not playing to the best of their ability.

“I think we deserved more and deserved to win the game, because we had the better chances and played better,” Can told Liverpoolfc.com.

“It wasn’t our best game but we played better than Manchester United, I think, and deserved to win.”

“We didn’t keep the ball too well. The game was too hectic.

“In the second half, we did a little bit better and we had the better chances. They have a very good goalkeeper, of course, and he made two good saves. “It’s always a big derby against Manchester United and that’s maybe why. It was too hectic in the game and we have to do better in the next game. We will learn from it.”

Speaking about his first Premier League start of the season, Can says it was nice to be back in the fold, as he looks to nail down a regular starting berth.

“I was very happy to start,” he added.

“My last 90 minutes was the Europa League final last season, a long time ago.

“I have to get fitness back and get my confidence back. I’m looking forward to that. With game time, I will get there.”

The 22-year-old did look off the pace for much of the game, which is to be expected after a length spell away from the team. He did force David De Gea into an expert second-half save, though.

Liverpool sorely missed Wijnaldum and Lallana’s slick use of the ball, and when everyone is fit, Can may struggle to be a starter for the time being.

With Wijnaldum also potentially out of the visit of West Brom on Saturday, Can should get another opportunity to shine.