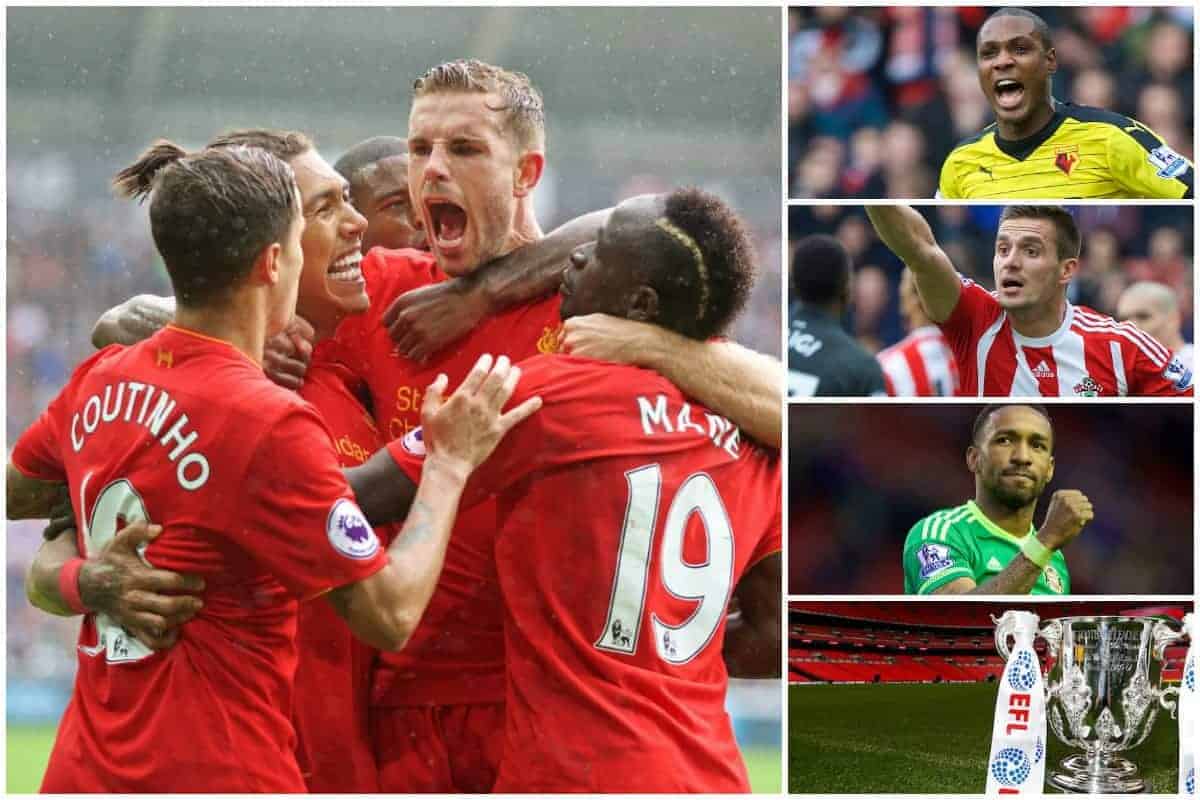 November hands Liverpool manager Jurgen Klopp a great opportunity to lead his side to further their impressive unbeaten run.

The Reds rounded off October with a 4-2 victory over Crystal Palace at Selhurst Park, and now have not experienced defeat since mid-August, when they fell to a 2-0 loss away to Burnley.

Riding high in the Premier League, in third place, level on points with leaders Manchester City—and stringing together an impressive run to reach the League Cup quarter-finals—Liverpool are one of England’s most in-form outfits at this stage of the season.

Klopp is set to oversee three further league clashes in November, as well as a home clash with Leeds United in the cup, and will be hoping for the good times to roll on.

Here, we preview the month ahead, with fixtures, talking points and a comprehensive academy overview. Liverpool are in excellent form heading into November, with the key talking point for the winter period being the possibility of a genuine title challenge from Klopp’s side this season.

This would be something of an unexpected development, with a top-four finish the more likely target at the start of the campaign, but having taken 23 points from their first 10 games, the Reds are right up there.

Clashes with Watford, Southampton and Sunderland are all, on paper, winnable games for Liverpool, though having dropped points to all three in 2015/16, it won’t be easy.

Under Claude Puel, the Saints will likely be the toughest challenge of the month, with the Frenchman guiding his side to ninth in the table so far, having vanquished Swansea City, West Ham United and Burnley, as well as holding Leicester City and Manchester City to draws.

They are, however, distracted by their Europa League duties, and the Reds’ trip to St. Mary’s Stadium comes five days before Southampton travel to the Czech Republic to take on Sparta Prague.

Puel has rotated his side for European fixtures so far, however, so it is likely Liverpool will face off against a full-strength Saints on November 19. Sadio Mane, who joined from Southampton in a £30 million deal this summer, will be the one to watch in that clash.

Meanwhile, Watford will be hoping to add a fifth game to their own unbeaten run when they travel to Anfield on November 6, and key man Nordin Amrabat believes the seventh-placed Hornets can spring a surprise on Merseyside.

But Walter Mazzarri’s side will come up against a confident Liverpool, and Klopp will be hopeful of selecting from a very healthy group, with James Milner (illness) the only absentee from his regular starting lineup at the end of October.

Joe Gomez and Sheyi Ojo are both on their way back to fitness, but their involvement is likely to come under Michael Beale in the Liverpool Under-23s squad. The young Reds suffered their first loss in five games when they fell to a 1-0 defeat away to City on October 28, slumping to a Paolo Fernandes strike.

Prior to that, Beale’s side had scored 25 goals in 10 competitive outings, with the likes of Harry Wilson, Brooks Lennon and Ben Woodburn in fine form.

The latter will take precedent, with clashes against Huddersfield Town, Reading and Derby County to come.

It will be worth supporters keeping an eye on Beale’s lineups over the coming month, with Gomez likely to be given game time at some stage following his recovery from a nightmare ACL injury.

Neil Critchley‘s under-18s have been in great form in 2016/17, and after their recent 2-0 victory at home to Sunderland, they sit top of the U18 Premier League table.

Rhian Brewster, Yan Dhanda and Glen McAuley have been the stars of the show in attack, while newly appointed captain Conor Masterson has impressed at the back.

The Reds play Wolves, Manchester United and Blackburn Rovers in the league in November and Bobby Adekanye, the promising Dutch winger signed from Barcelona in 2015, will be among those hoping to impress, having returned from a hernia problem in October.

The U18s, U23s and the first team are in great form moving into November, and can hope for this to continue over the next month.