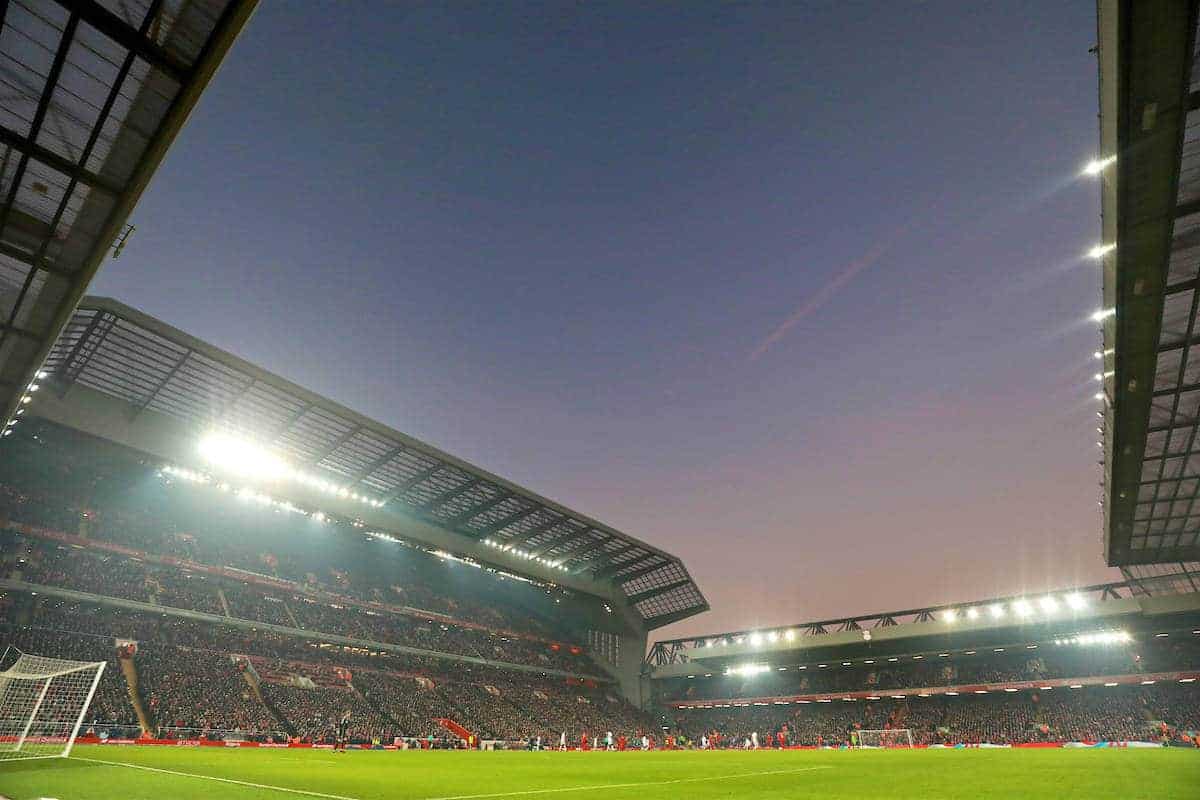 The winter sun rises over the Mersey, fog envelopes the Liver Birds, a crisp frost bites the city streets, but the Jurgen Klopp juggernaut ploughs on.

Football in England doesn’t whinge and take a break when the cold sets in. It just throws out an orange ball so you can see it a bit better. This is not a sport for the feint of heart and Liverpool have a boss ready to lambaste anyone who shrinks from the fight.

I’ve written a lot about the behaviour and attitude of some of our supporters. Sure, it’s not all of them; they don’t even represent a majority, but they are loud and they are a distraction from the task in hand. I’ve tried to understand them. They’re just passionate about their club, increasingly frustrated as each year passes without a title and desperate for a return to the fabled glory days, I’ve reasoned. No more.

We are entering a crucial phase of the season. Soon November will give way to December and trench warfare will set in. The early season fire and optimism will turn to smoke, like the mist on the Mersey and teams will dig in. The early skirmishes will become a war of attrition.

In such circumstances no quarter is given. Teams fighting for their managers jobs, Premier League survival and sometimes both set out to frustrate and grind out a draw where certain defeat had seemed inevitable. Championships are never won in the bleak mid winter, but they can be lost. Teams need to navigate this period with care, collecting precious points along the way and not giving in to despair.

A point away from home here and a late winner against inferior opposition there is the way to do it. Simply stay in the race until the spring comes and the fire returns. This is something Liverpool fans used to understand more than others. We prided ourselves on it. In fact we were famed for our patience and knowledge. It didn’t matter if the Reds scored the winner in the first minute or the last, as long as they scored it.

Growing up I believed that, standing on the Kop, I was as much a part of the game as the players. I had a role to play. My job, along with thousands of others was to give our lads belief and scare the shit out of theirs. It wasn’t complicated. So, when a Liverpool player scuffed a shot, or misplaced a pass you didn’t let out an audible groan – instead you got behind them.

As much as we like to think of our past heroes as invincible, they were prone to gaffes also. Yes Shankly’s men, even Paisley’s too, made mistakes, dropped points and had off days. This is football. What separated them from latter day teams and supporters was of course the quality of the players, but also sheer belief that all would come good; if we stuck together.

Before I’m accused of blurry eyed nostalgia, I acknowledge that Kopites of the 70s and 80s were fond of the whipping boy too, at times. Ask Ronnie Whelan, for example. However, what we have now is a level of angst that is totally out of proportion with reality.

When I compare Klopp’s Reds to the great teams of the past I can see that we have quality all over the pitch. The only thing missing is the belief. It is growing but, on the evidence of the Sunderland game, is still very fragile. No wonder then our manager decided to take matters into his own hands in the second half of a game where the frustration threatened to derail his game plan.

To Klopp, the atmosphere inside the ground is no minor detail. He puts it as high as 10-15% in terms of its effect on the outcome of a game. Creating and harnessing that power has been a hallmark of his career. He did it at Mainz and Dortmund and he’s trying to do it at Anfield.

We should be lapping it up. After all here is a man, perfectly in sync with the history and personality of the club, and he’s asking us to do what we’ve always done. Yet some of us seem incapable.

The game against Sunderland had setback written all over it the moment David, the chosen one, Moyes signalled his intent to park a “double-decker bus.” We surely knew that what we were in for was a game of attack versus defence, requiring great patience and much vocal support.

The signs were positive at the start of the game, as the players took to the pitch engulfed in a huge wall of sound. The pre kick-off You’ll Never Walk Alone was also at its slow, melodic and thunderous best.

But throughout the half the tension seemed to grow as Liverpool laboured to break down the Black Cats’ desperate rear guard action. And with each foray forward, by the team from the North East, mutterings of “they’ll nick one here” grew.

The depression reached new levels with the sight of Coutinho stretchered off on the hour mark. Phil has been so influential this season, the foundation of our early surge and the creative edge in our attack. The thought of him suffering a season ending injury, coupled with two more dropped points at home was almost too much to bear for many.

Suddenly phones were chiming and reports from home were suggesting, first a snapped ankle, then a fractured toe and finally the whole limb was broken. Someone sneered “I bet it’s just his bloody toenail” and laughter punctured the gloom, but only for a moment.

Liverpool weren’t bad in the opening half. Sure they were a bit slow in their approach play and indecisive in the final third at times. At least that’s how it felt inside the ground. Having watched the highlights later, I realise my assessment is a little unfair. So much of your perception is coloured by the mood around you. The truth is Sunderland mounted a huge road block and what was required to get round it was a tactical patience; a quality many of us struggle with. Thankfully Liverpool’s players didn’t.

Bill Shankly once quipped that he had kicked every ball from the dugout. He claimed he had scored a few and that he’d saved some on the line too. Nobody could deny that the man had a huge influence from the touchline. But so too does his current incarnation, Klopp.

Jurgen is tactically brilliant, one of the best in the world. For that reason we are blessed to have him, but I’m also struggling to think of a Liverpool manager, since the days of the boot room, more in tune with the zeitgeist of Liverpool Football Club than the current one.

As the second half rolled on the noise levels inside the ground seemed to grow enormously. The Kop was once more in full fury, sometimes with Sunderland, often with the match officials and occasionally with ourselves. Whatever the motive, the sound was immense. I thought we had just finally woke ourselves up. I was wrong.

From my seat in the ground I was unaware that the ringleader of this mighty uproar wasn’t sat in the singing section at the back of the old stand. Instead he was marching up and down the touchline, teeth snarling and fists pumping the air. It was our manager issuing the clarion call and scolding us for our impatience and ordering us into battle alongside his men.

The supporters responded magnificently and, as if by magic, so did the players. What a surprise! As Klopp says, in games like this, you have to be ready to take full advantage in the moments. You need to create the atmosphere in which the players can enjoy the challenge, not run scared from it. Fear leads to doubt and indecision. But when the players feel the force of 50,000 people at their backs, they fear nothing.

Divok Origi, on for the injured Coutinho, was the embodiment of this. Wave after wave of Liverpool attack had failed to yield a goal. Sunderland had survived through a mixture of luck and packing the 18 year box to bursting point.

When Henderson put a free kick over the bar, after Mane had been upended just outside the penalty area, despair threatened to engulf us once more. However, the young Belgian, brilliant from the moment he came on, simply kept going.

Just three minutes after the captain’s effort had buzzed the crossbar, Origi found himself with the ball at his feet, on the right side of the Sunderland goal. He tormented his defender then manufactured himself some space to fashion a shot. However, given the angle, the obstacles in his way and the distance from goal, disappointment seemed inevitable. Not so.

Origi’s effort was sublime and as it hit the net the ground exploded. A wave of sound crashed down onto the pitch, an outpouring of relief and unadulterated joy. The dam had burst and the flood was irresistible. Pandemonium broke loose all around me. A few fell backwards, others hugged and fists punched the air.

It was like we were celebrating a cup final goal, instead it was a potential winner in a home game against a bottom of the table side from the North East. That’s how much football means to us in Liverpool. That’s how much winning means. Thankfully we have a manger, for whom it means every bit as much.

With 15 minutes left though there was still time for a Sunderland side, who had shown no ambition so far, to spoil the party. If we had given them an inch, they’d have stolen a yard and our celebrations would have been for nothing. But the belief was back and nothing would deny the Reds.

In the final moments Sadio Mane burst into the box, holding off the attentions of the Sunderland back line. The only way they could stop him from scoring was to foul him and Ndong dutifully obliged.

Up stepped Milner. James had been immense all game. He is a workhorse, but to label him as such does him a disservice. What a player, so dependable and from 12 yards, well you wouldn’t swap him for anybody would you. He didn’t disappoint. He rarely does.

2-0 and it’s game over. As Klopp led is players towards the Kop in thanks, it was us who owed a debt of gratitude to him. Just like Bill before him Jurgen had scored those goals and he’d also kept out the rare efforts from the opposition. His intervention in the second half turned the game. When some of us had lost patience, he didn’t and thankfully neither did his players.

Let that be a lesson to us all.