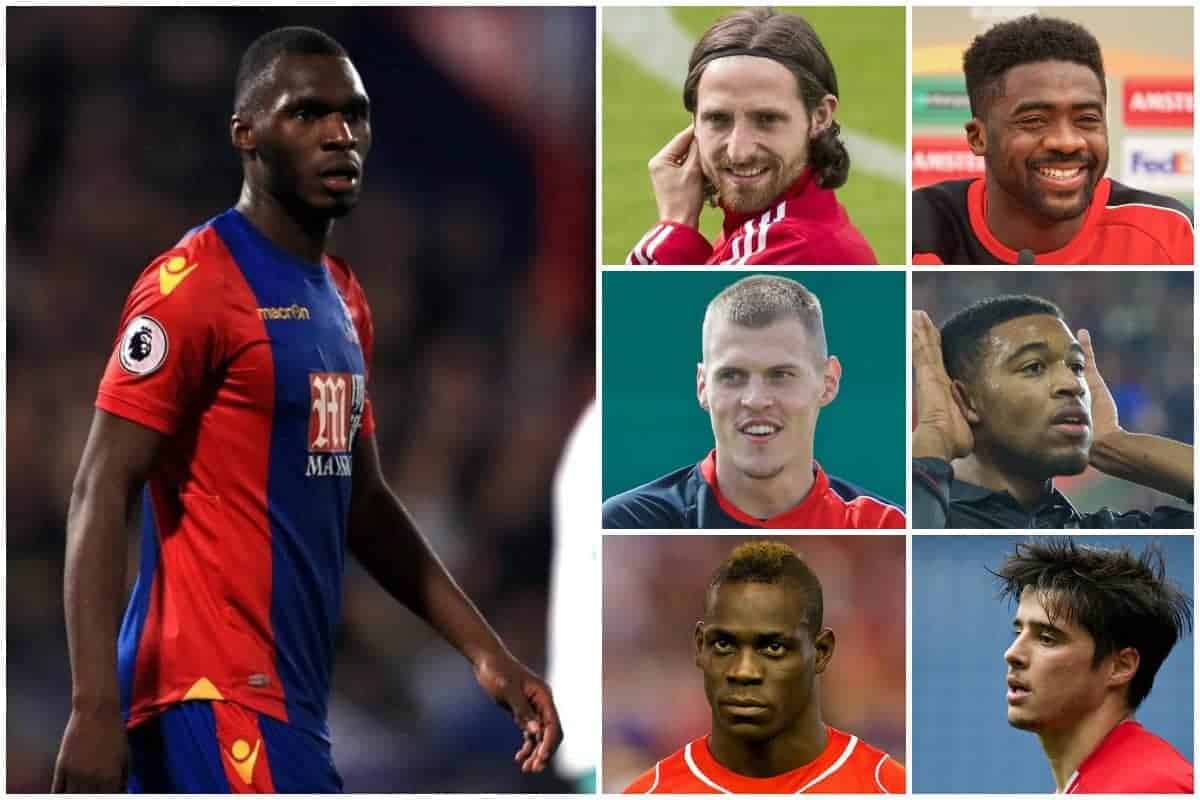 Jurgen Klopp allowed a plethora of players to leave Liverpool in the summer, but how have they all performed in the months since their Anfield exit?

The Reds are in a wonderful place right now, sitting on top of the Premier League table after 11 games.

Klopp’s side have been sensational so far this season, losing just once to date and playing some of the best football Anfield has witnessed in many years.

While the likes of Joel Matip, Georginio Wijnaldum and Sadio Mane have come in and made an immediate impression since joining Liverpool in the summer, what about those who left?

In total, 13 senior players moved on to pastures new—here’s how they have got on at their new clubs so far.

It was never going to work out for Christian Benteke under Klopp, but his pedigree as a top-level striker was never in doubt.

Liverpool did well to get as much as £27 million for him from Crystal Palace, but he has immediately been a success story at Selhurst Park.

Four goals in his first nine Premier League appearances for the Eagles is a solid return for relatively average team, and his presence in attack will be crucial in Palace’s quest for survival this season.

Fortunately, the Reds kept Benteke relatively quiet in their 4-2 win in south London in October.

Jordon Ibe’s development never really gathered momentum in the manner some expected it to, and Klopp’s ruthless side took over and sold him to Bournemouth.

The 20-year-old has appeared in all 11 of the Cherries’ league games this season, but he has been inconsistent, scoring just once to date. Most tellingly, he is yet to complete 90 minutes in the league.

Inconsistency was an issue that also dogged Ibe at Anfield, but Bournemouth manager Eddie Howe has great faith in him, despite his shortcomings.

“He’s had some great moments, he’s had some good 10 to 15 minutes, half an hours, but he’s not really put that together for any real consistent period and hence why he’s coming off the pitch,” he said this week.

“He’s got great potential, he’s a player that could be anything he wants to be.” Many Liverpool supporters were sad to see Joe Allen leave in the summer, but he was never going to be guaranteed regular first-team football at Anfield.

After a stellar Euro 2016 campaign with Wales, in which he was named in the official team of the tournament, the 26-year-old has made a brilliant start to life at Stoke City.

Although Mark Hughes’ side have struggled to impress in general, Allen has arguably been their star man in the first three months of the season.

Deployed in more of an attacking-midfield role, the Welshman has scored four goals and assisted two, looking a class act at the same time.

It was always clear that Allen was a very talented footballer, and it is pleasing to see a very likeable player thriving in new surroundings. Martin Skrtel’s Reds career ended rather sourly, and it was obvious that his best days were comfortably behind him once the summer arrived.

Fenerbahce came calling, and Skrtel has played all 900 minutes of their Super Lig season so far.

The Turkish giants sit fifth in the table, and their 2-1 win over Man United in the Europa League was a sweet moment for Skrtel on a personal level.

He took to his Instagram account after the win to say, “victory against MU always feels better.” Good lad, Martin.

Luis Alberto’s Liverpool career was one that never ignited, with the young Spaniard managing just 12 appearances for the Reds, without scoring.

The club did well to get £4.3 million from Lazio for his services, and he has been a peripheral figure at best for the Biancoceleste.

The 24-year-old has managed just 27 minutes of action in two substitute appearances in Serie A, and his career is in danger of petering out if he’s not careful.

Despite some promising performances at left-back in cup games last season, Brad Smith was never realistically going to make the grade at Liverpool.

The young Australian followed Ibe to Bournemouth, but unlike his former Reds team-mate, he has been a backup player this season.

Smith’s only two appearances have come in the League Cup, against Morecambe and Preston North End, with the impressive Charlie Daniels the Cherries’ undisputed first-choice left-back.

It’s hard to see that changing any time soon, so don’t rule out a potential loan move elsewhere in January, should Howe believe he has enough depth without the 22-year-old. Like so many youngsters that attempt to break through at Liverpool, Sergi Canos never quite had enough to be seen as a long-term squad member.

Norwich City came calling, and the Championship looked a good option for the teenager to strut his stuff and, hopefully, gain promotion.

It hasn’t worked out that way yet, unfortunately, with Canos playing just four times, but his two goals against Coventry City in the League Cup showcased his talent.

At 19, he is still years from being the finished article, but he needs to start earning regular football in order to reach his potential.

A hugely popular figure on Merseyside during his three years there, Kolo Toure was shown the door in the summer—understandable, considering he is now 35 years of age.

Former Liverpool manager Brendan Rodgers swooped in to sign him for Celtic on a free transfer, and he has settled into life in Scotland well on the whole.

He endured a sobering evening away to Barcelona in the Champions League, though, losing 7-0, and his errors proved costly in a 2-0 defeat to Borussia Monchengladbach.

Speaking after the loss to the Bundesliga outfit, Toure was hugely critical of himself, saying, “I’m 35 years old and still making 16-year-old’s mistakes.”

Celtic are top of the Scottish Premiership, however, conceding just eight goals in 11 games and dropping only two points, so Toure already looks primed for a winners’ medal at the end of the season. Mario Balotelli had as much chance of being a success under Klopp as Jason Statham has of winning an Oscar.

The controversial Italian left for Nice on August 31, and perhaps surprisingly, he has actually done well there so far.

The quality of Ligue 1 is average at best, but Balotelli has managed seven goals in all competitions, inspiring Nice to the table’s summit.

The 26-year-old has never come close to making the most of his ability, and chances are, this will just be yet another false dawn. Much like Jay Spearing, and it was always fairly clear that Jordan Rossiter wasn’t quite good enough to represent Liverpool at senior level.

The 19-year-old joined Rangers on a free transfer in the summer, but after a promising start, he was stuck down by the injury curse.

Rossiter has still made just six appearances this season, and his return to full fitness will come as a huge boost to both the team and the player himself.

Joao Teixeira always flattered to deceive in a Liverpool shirt, and at 23, it became obvious that a move elsewhere was required.

He returned to his homeland to join Porto in July, in a transfer that surprised many, but he is yet to make an appearance for his new club.

Although an undoubted talent, there have to be slight question marks about Teixeira’s hunger as a footballer, at this stage in his career.

He is less than a year younger than Mane and Philippe Coutinho, which puts things into perspective.

A move away from Liverpool was long-mooted for Jerome Sinclair, and Watford were always favourites to snap him up.

With Troy Deeney and Odion Ighalo the first-choice attacking pairing at Vicarage Road, however, Sinclair is still awaiting his Hornets debut.

The 20-year-old was named on the substitutes’ bench for the trip to Anfield on Sunday, but could only watch on as his former club won 6-1. By the end of his time with the Reds, Jose Enrique had almost become something of a laughing stock.

Despite still only being 30, his level had dropped an alarming amount, and a poor performance away to Exeter City in the FA Cup was probably all Klopp needed to see.

He moved to Real Zaragoza in September, having been a free agent for four months, and he has appeared five times for the Segunda Division outfit, scoring once.