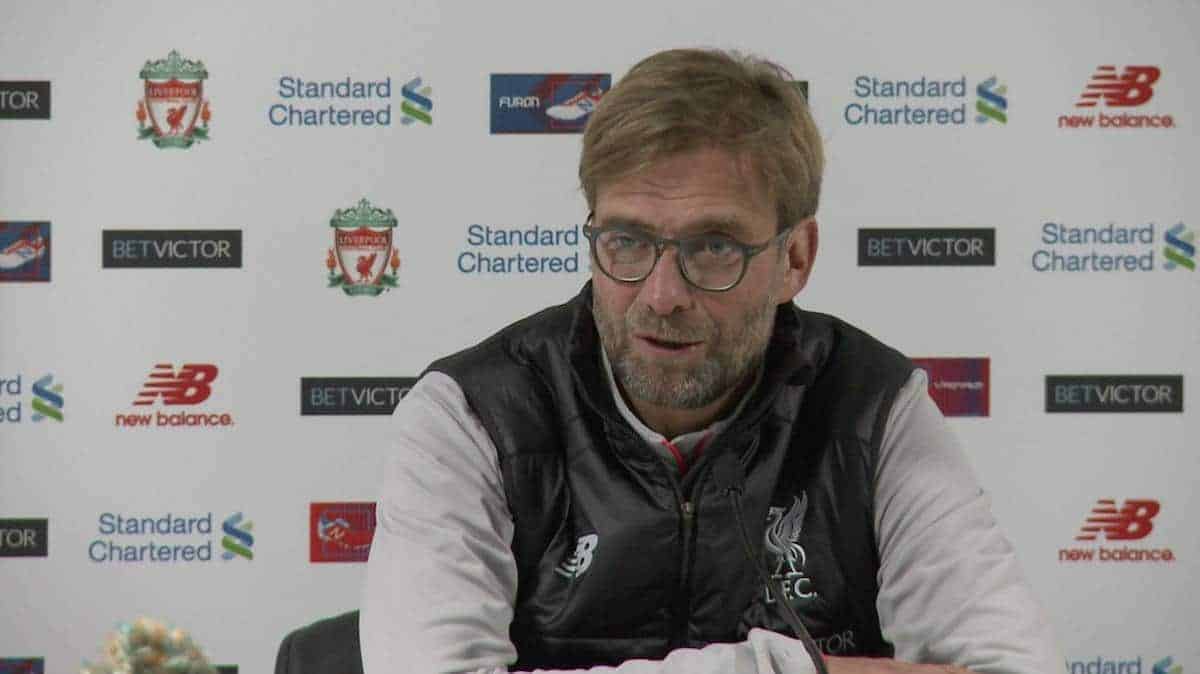 Jurgen Klopp was in great spirits after Liverpool’s 2-0 victory at home to Leeds United in the League Cup quarter-finals on Tuesday.

Divock Origi and the record-breaking Ben Woodburn scored to seal the Reds’ place in the semi-finals of the tournament, on an ultimately positive night at Anfield.

Speaking to reporters after the game, Klopp hailed the impact of Woodburn who, at 17 years and 45 days old, became Liverpool’s youngest ever goalscorer.

However, the German also underlined the importance of patience, as the youngster continues his development.

“I am really happy for him,” he said, “I am only worried about you all getting carried away!”

Klopp also took time to praise the likes of Trent Alexander-Arnold and Ovie Ejaria, too, saying “all the young boys did really well, in a very important game.”

He also addressed his side’s reluctance in front of goal, insisting they could have been “more greedy,” with Origi, Georginio Wijnaldum and Sadio Mane all snatching at chances in the final third.

But he was pleased with Liverpool’s improving defence, noting the shift in dynamic: now keeping clean sheets regularly, but no longer scoring with the freedom of the season’s first months.

“Four weeks ago, we had no clean sheets. Now we get clean sheets but don’t score six goals any more,” he continued.

“We are in a good moment but we have to carry on. Hopefully it stays like this.”

Liverpool are now through to the semi-final draw, which takes place after Man United and West Ham‘s clash at Old Trafford on Wednesday night, with Hull City and one of Arsenal or Southampton also in the hat.