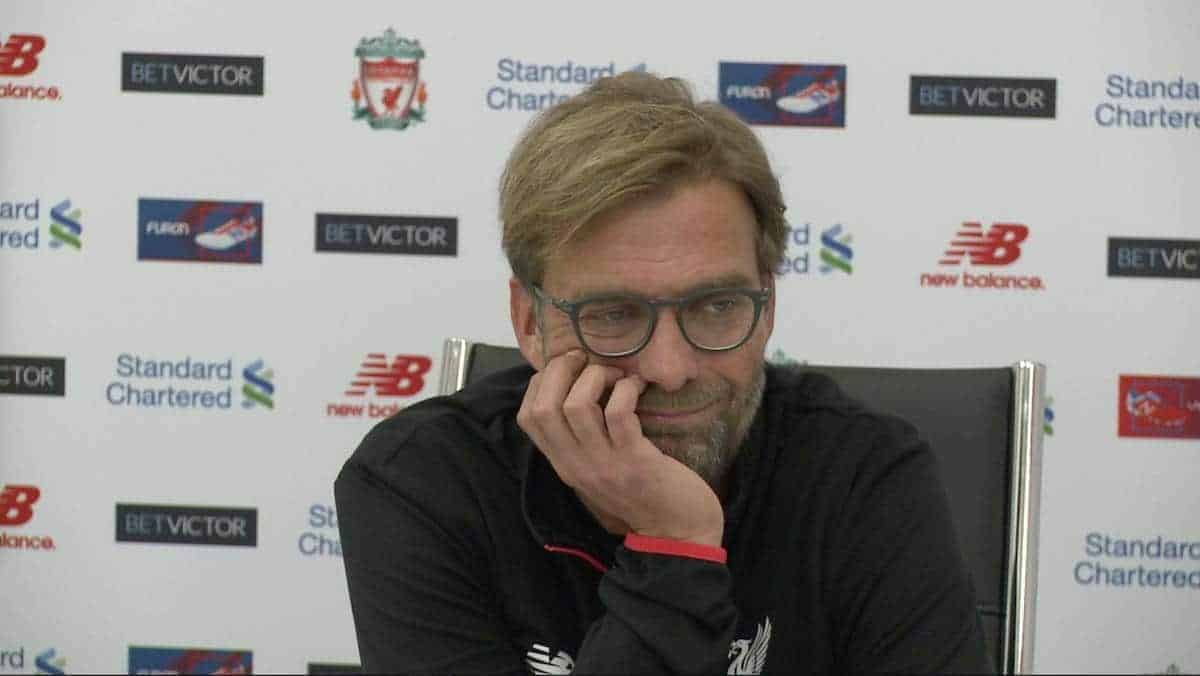 Watch Jurgen Klopp address the media ahead of Liverpool’s home match against Watford in the Premier League this Sunday.

A lot of questions focussed on the news of Michael Edwards’ promotion to sporting director, with Klopp speaking positively about the move and giving it his full backing.

“From my point of view it’s a very natural decision,” said Klopp. “When you have the right person at the club, then you have to use this person.”

On transfers, Klopp said: “I will always have the final say, and maybe that’s the most important thing for you to know.

“If in future something is wrong on transfers, that’s my responsibility.”

Asked about the 3-0 defeat at Watford last season, Klopp joked: “The best thing about this day was the Christmas party at night!”

Klopp: “Watford did well but it was too easy for them. Nothing to compare in this moment. We need a strong side on Sunday.

“Watford changed more than us; manager, system, players… conceded in last 3 games, zero, I think. We have to respect this.”

“It’s Anfield. It’s the last game before the international break. We have to show that we are still in a good moment.

“Crowd were good in the last home game, away to Crystal Palace the away fans were fantastic even in a difficult game.”

On Dany Ings’ season-ending injury, Klopp said: “It’s not a nice story, of course, but it’s important story. Everybody who knows Ingys, likes him.

“It’s not nice, but it’s part of football. The surgery was very positive. Rehab has started already.

Klopp also spoke of the move to appoint a sporting director being a good one for the club’s long-term vision and continuity.

“This wonderful club changed philosophy three or four times in 15 years because different managers come in,” he said.

“We are working all day for the good of LFC.

“It’s not allowed to be a one man show. I’m a specialist in football things, not financial things and all this.

“We try to create a situation where everything around is perfect so if the manager changes then the club still has a good base.”