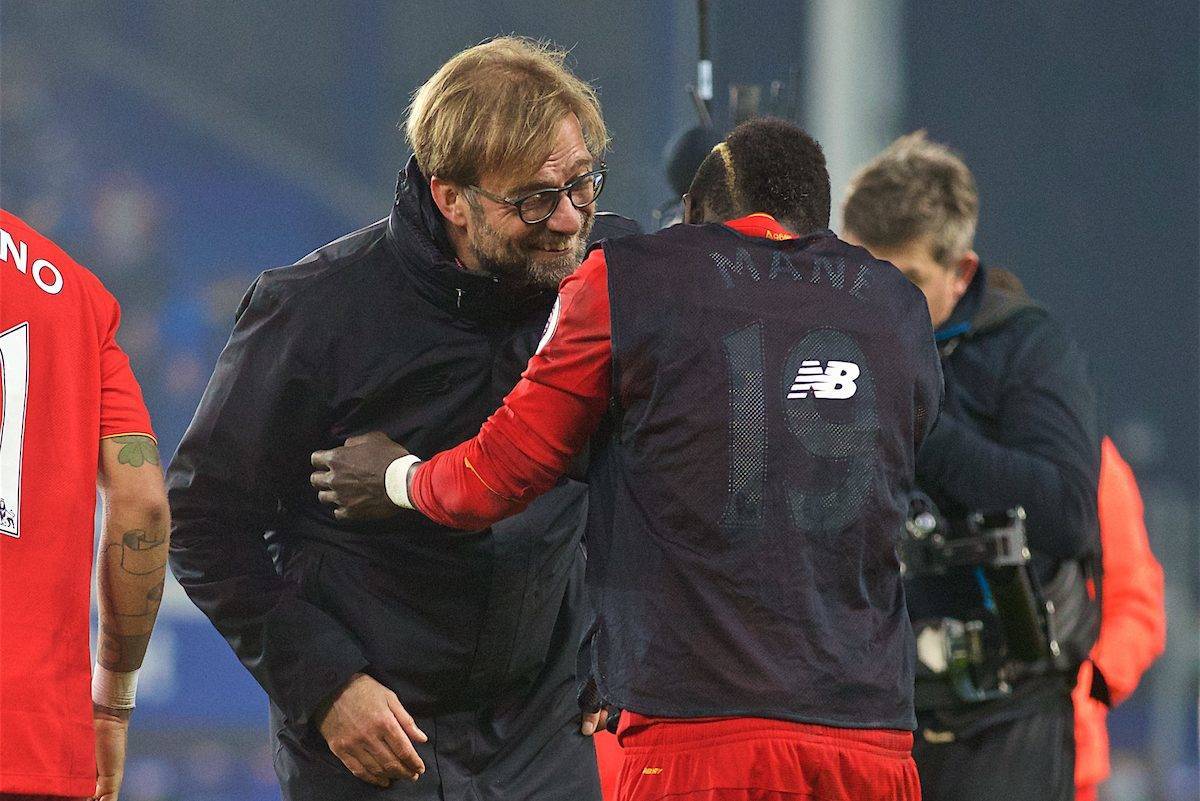 Liverpool manager Jurgen Klopp hailed the impact of Daniel Sturridge after his first appearance in a month propelled them to victory in the Merseyside derby.

The game looked to be heading for a goalless draw until deep into eight minutes of stoppage time when Sturridge, returning as an 82nd-minute substitute after a calf injury, ran across the area and rolled a shot against the post from which Sadio Mane followed up to score.

Sturridge has previous for late interventions in the derby at Goodison Park, having come off the bench to score the equaliser in the 3-3 draw here just over three years ago.

Liverpool have not struggled for goals in his absence but there is no doubt he offers a threat which few players at Klopp’s disposal do.

Fitness, not quality, has always been the issue for the England international and Klopp was pleasantly surprised Sturridge was able to have such an influence having only just returned to full training.

“You’re thinking ‘Is he really ready for this?’, because it’s not usual that a player can really help you after only two sessions, but he really helped us at the end,” said Klopp.

“It was really intense and bringing on fresh legs was a really good thing that we could do.

“Daniel hit the post, Sadio finished the situation, so great.

“It wasn’t the greatest football but you have to take it as it is and in the second half we took it.”

Everton boss Ronald Koeman felt his side did not deserve their defeat as he felt a number of factors went against them.

They lost midfielder James McCarthy, so important to their aggressive, high-tempo game, at half-time because of injury and saw goalkeeper Maarten Stekelenburg limp off.

Koeman also thought Liverpool defender Dejan Lovren should have been red-carded for an off-the-ball clash with Seamus Coleman, which could easily have seen Ross Barkley dismissed for the challenge on Jordan Henderson which sparked the melee.

“I think the players did a great performance. Maybe it was the best first 45 (of the season),” said the Dutchman.

“The players didn’t deserve the defeat, nor the fans.

“Maybe it’s a red card (for Barkley) but what happened after is not a fair decision either.

“Yes, maybe it’s red for Barkley, but it’s the reaction of several players too – also Coleman, but also Lovren and he already had yellow.

“He gave Coleman a yellow but nothing to Lovren. He could give Lovren his second and Coleman first, and maybe a red (for Barkley) but only Coleman, from the reaction of both teams, got a yellow so that is not fair.”

Klopp, unsurprisingly, was in agreement with Koeman on Barkley’s above-the-ankle tackle.

“I saw it was a really hard, harsh challenge,” said the German.

“You saw it all. I don’t need to say anything about this. (Barkley) was lucky – and Hendo was lucky that nothing else happened.”