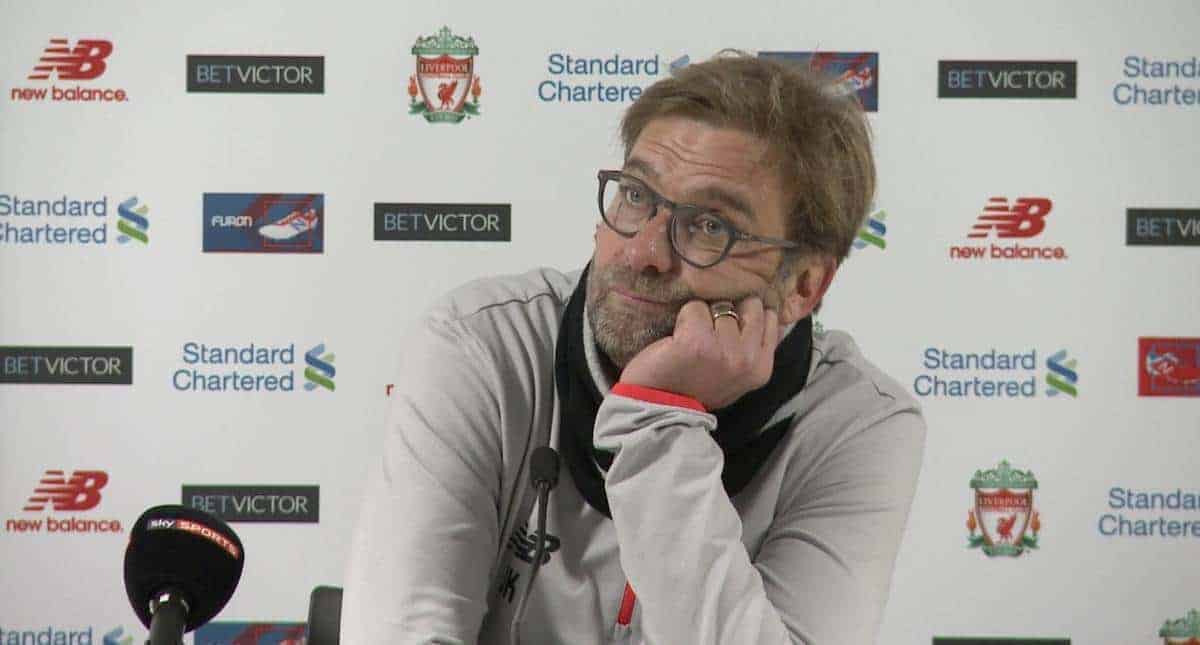 Goals from Adam Lallana, Roberto Firmino, an Imbula own goal and Daniel Sturridge gave Liverpool the three points after they’d gone behind to Jonathan Walters’ goal early on.

“The start of the game was difficult,” admitted Klopp. “Stoke was pressing high, we were not patient enough, it became a wild game. [Peter] Crouch was outstanding.

“We had to work really hard. We forced two goals. 2-1 up we then made adjustments at half time.”

Firmino played despite being in the news for being charged with drink driving on Christmas Eve, with Klopp explaining that he’s been outstanding in training and there was “no chance” he would be left out.

The boss was pleased with Sturridge getting his first league goal of the season: “Perfect. Very very important, it closed the game, gave us opportunity to cool down.”