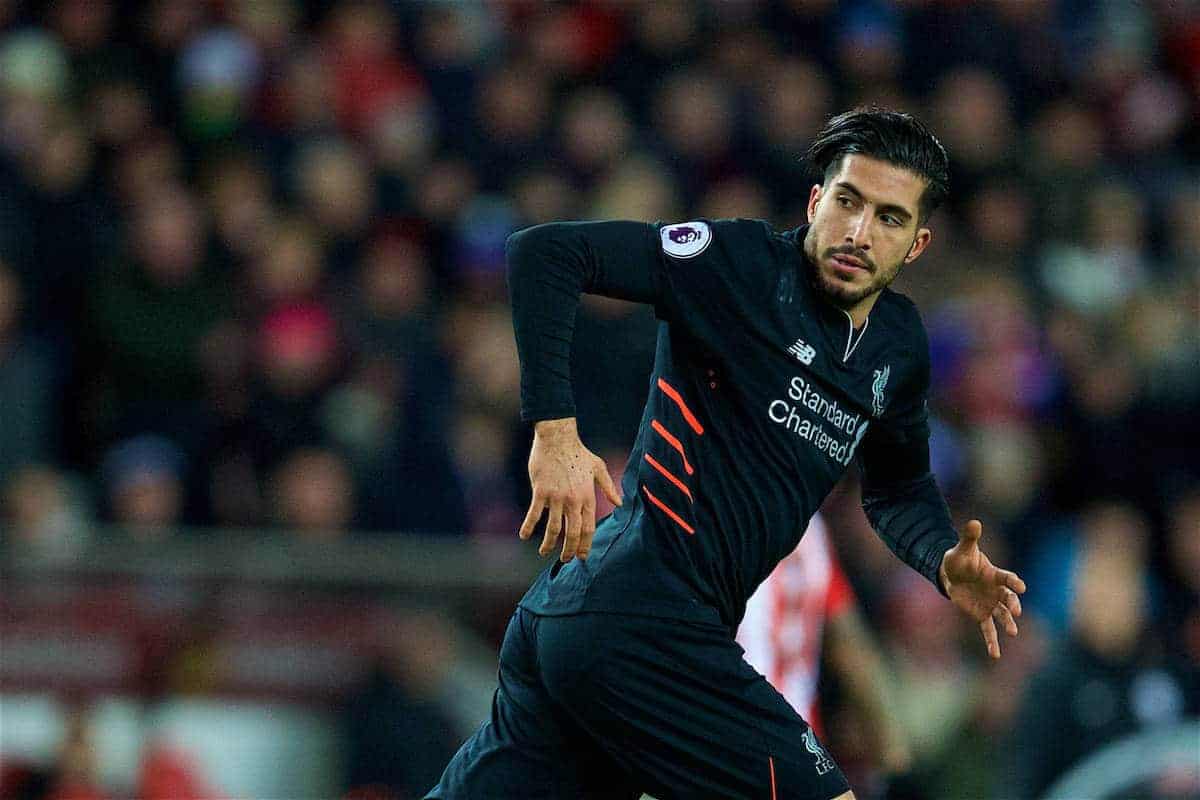 With Emre Can believed to be stalling on his decision to sign a new deal with Liverpool, the midfielder could be sold if no breakthrough is made.

Can is in the final 18 months of his current contract with the Reds, with talks beginning over an extension back in June—over six months ago.

The 23-year-old has been in inconsistent form throughout 2016/17 so far, but remains a key player for Jurgen Klopp, who has restored him to his regular midfield role since his arrival.

However, the Liverpool Echo‘s James Pearce has provided an update on Can’s contract talks, suggesting that he could leave if he doesn’t sign a new deal.

“I wouldn’t say Emre Can is definitely off but his future is certainly up in the air,” Pearce responded as part of a Q&A on Tuesday.

“He has been stalling over a new contract and clearly believes he’s worth more than Liverpool are offering.

“Hopefully it will be sorted before the end of the season. If he doesn’t sign then it’s likely he will be sold because I can’t see Liverpool letting him enter the final year of his current contract.”

Can struggled with an ankle injury in the first months of the season, but has now made 22 appearances in all competitions, including 11 starts in the Premier League

He recently broke the 100-game mark for Liverpool, serving as an impressive feat given his age and that he is just two-and-a-half years into his spell on Merseyside.

The power, precision and thrust he provides in midfield are invaluable tools, while three goals and one assist in five league games towards the end of 2016 hinted at an improved end product from the former Bayern Munich youngster.

But moving from excellence to ineptitude from game to game this season has made Can an unreliable prospect, with his recent showing against Swansea City a major red flag.

Can has been linked with a move to Juventus in recent weeks, and it could be that, if he doesn’t extend his terms with Liverpool, the club seek the best deal possible in the summer transfer window.

This would bring a premature end to a promising career at Anfield, with many touting Can as a future captain for his performances in 2015/16, but underlines the club’s hardline stance.

Nothing is cut and dried at this stage, with talks set to continue, but it may be that Can needs to lower his demands to stay with Liverpool.