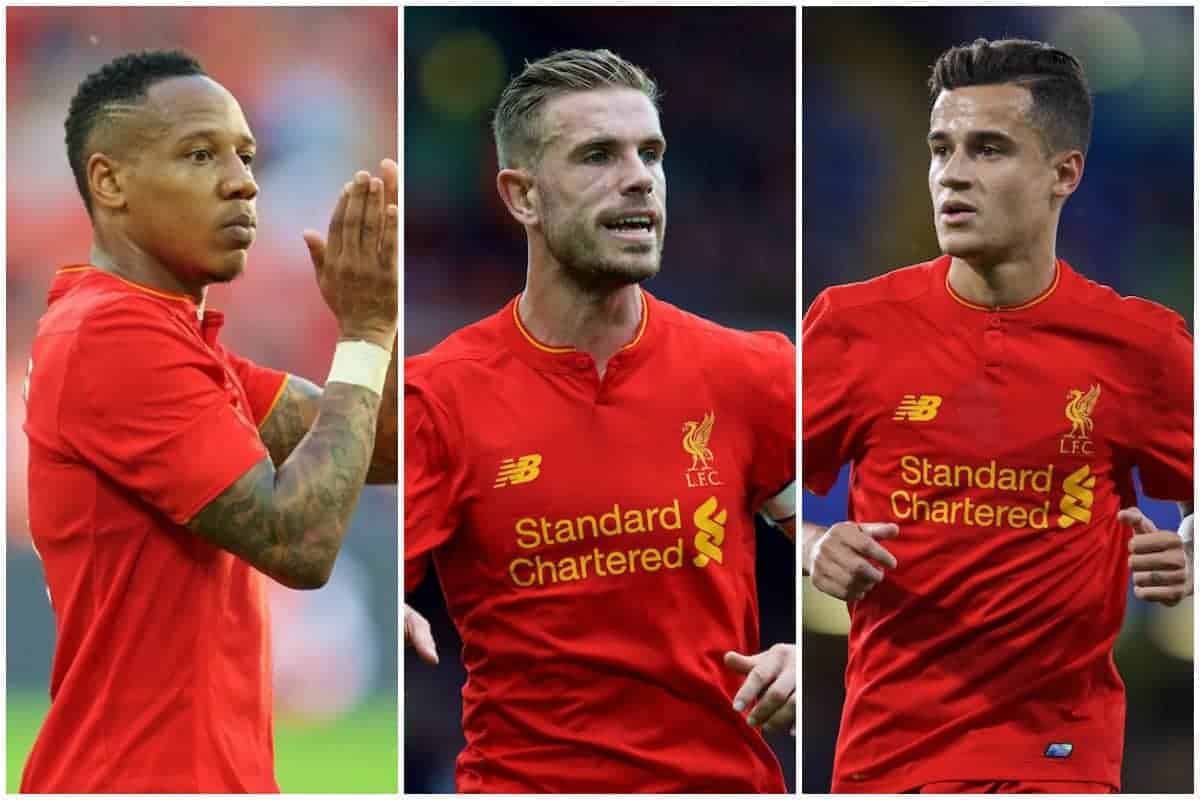 Jurgen Klopp is optimistic about the fitness of Nathaniel Clyne, Jordan Henderson and Philippe Coutinho ahead of Liverpool’s clash with Swansea City.

The Reds welcome the relegation-threatened side to Anfield on Saturday afternoon, looking to return to winning ways in the Premier League.

Having secured their first victory of 2017 away to Plymouth Argyle in the FA Cup on Wednesday night, Liverpool can take on Paul Clement’s side confident of taking the three points.

This should be boosted by the return of key trio Clyne (rib), Henderson (heel) and Coutinho (ankle) from injury, as Klopp told reporters at Melwood on Friday.

“I’m happy about the opportunity at Plymouth, that we could give him this 60-something minutes,” he said of Coutinho, who made his first start since November against Argyle.

“That was really good for him, for us, and to get kind of a rhythm, because even Phil Coutinho cannot be back on the pitch and immediately be at 100 percent.

“He’s really important for us, and I’m happy about this fact. One of the best [pieces of] news for sure.

“Clyney and Hendo were not in team training until now, but should be back today, in the last moment for it.

“But Clyney could [make it]. He’s has two running sessions to feel if he can cope with the pain; I saw him yesterday and the thumb was very up, so that’s good.

“Hendo should be OK, too. He felt the muscle a little more than he’s used to, but it’s still about the heel. That’s more the problem, still.”