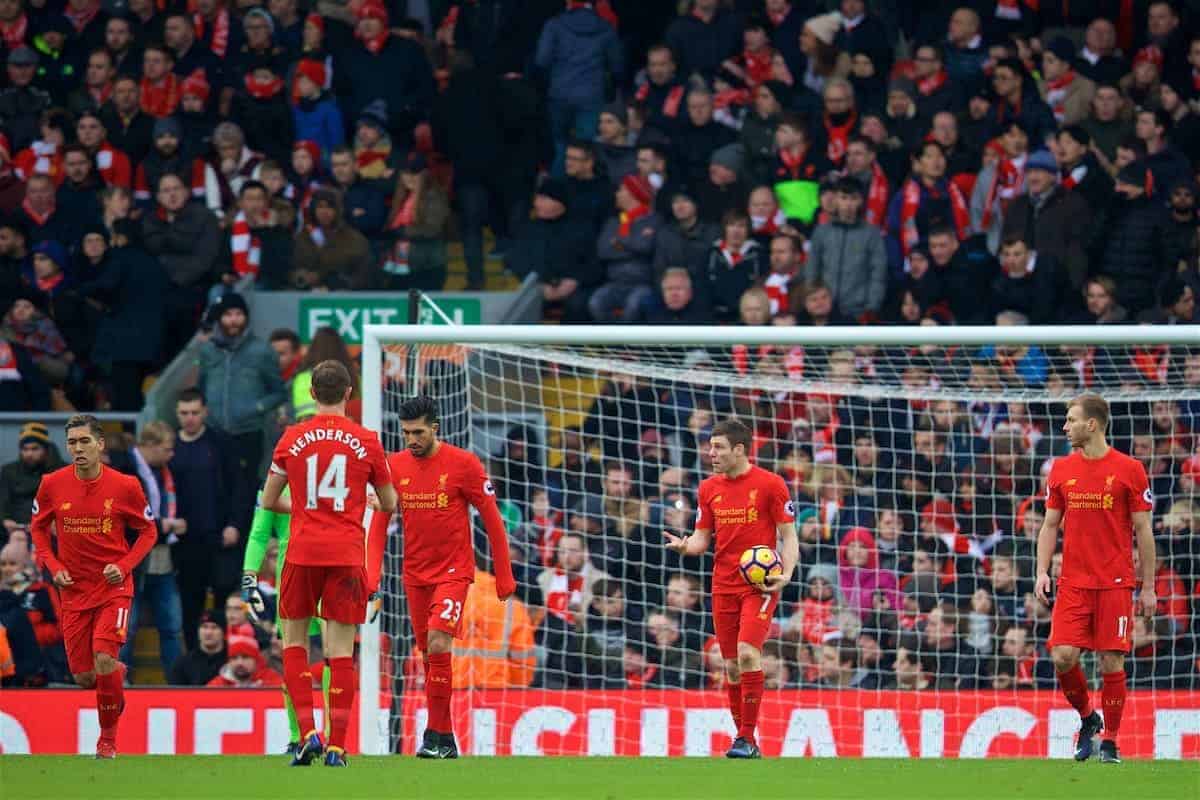 Alan Shearer claims Liverpool’s three defeats this season – all against teams battling against relegation – shows there is a problem with the team’s attitude and application in matches they expect to win.

The Reds have lost to Burnley, Bournemouth and Swansea City this season, but are unbeaten against all their top six rivals.

In fact, Jurgen Klopp‘s side have the best record between the top six against each other this season, showing they have a strong mentality in the big games, but struggle to get the job done against inferior opposition.

Since the turn of the calendar year, Liverpool have also dropped points at relegation threatened Sunderland in the Premier League, and lost at Southampton in the League Cup semi-final first leg.

Indeed, the narrow 1-0 win at League 2 Plymouth Argyle in the week is the only victory so far in 2017.

“They’ve not been beaten by any of their title rivals but they have been beaten by Bournemouth, Swansea, Burnley and drawn with Sunderland which tells you they have a problem with attitude and application,” claimed Shearer on Saturday’s Match of the Day.

“You cannot just turn up in any game and expect to win.”

Liverpool have regularly struggled against teams who defend deep and this has proven more difficult without Sadio Mane‘s pace this month.

Does Shearer have a point? Is there a problem with Liverpool’s attitude in games they should be winning? Or is such inconsistency just part of football?