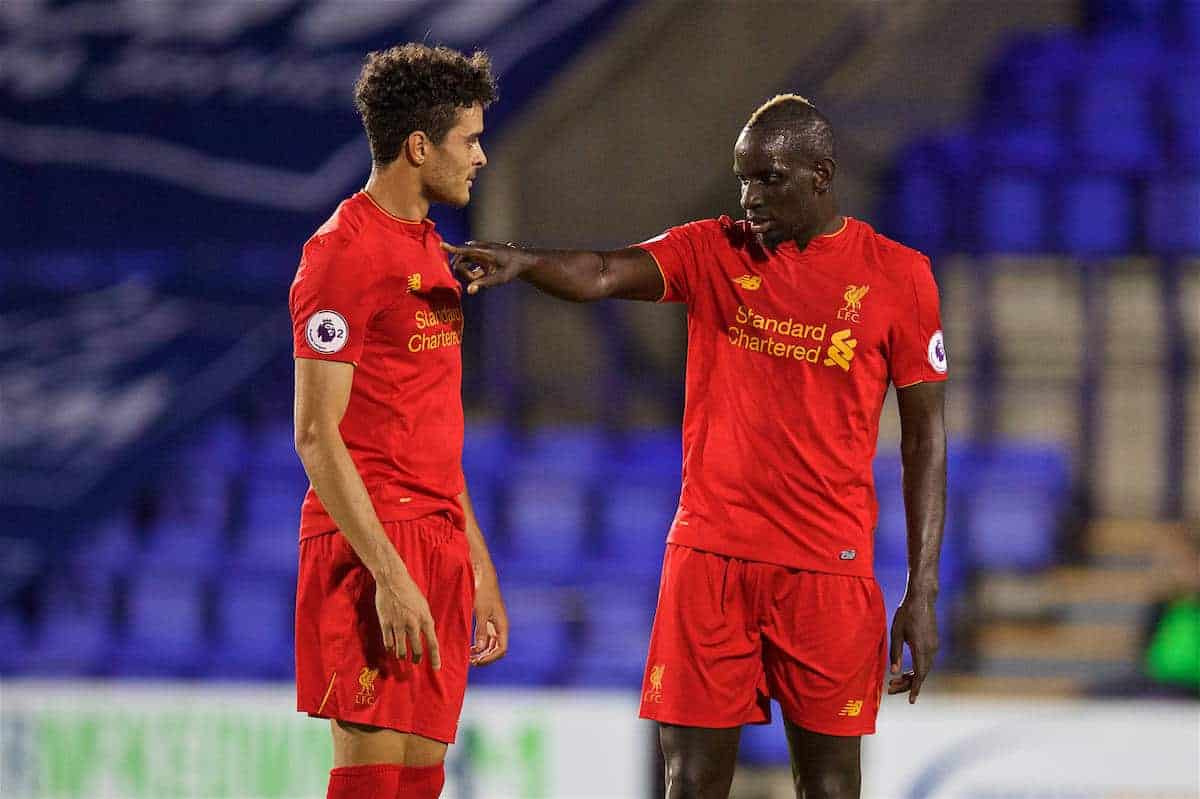 Mamadou Sakho may not be welcome at Liverpool’s Melwood training complex but his input with the club’s under-23s has been appreciated.

The France international was banished to train and play with the reserves at the academy five miles up the road in Kirkby after being sent home from the club’s pre-season training camp in California as manager Jurgen Klopp was unhappy with his attitude.

Sakho has played the majority of games in Premier League 2, helping Liverpool’s U23s to third in the table, but is unlikely to feature again as the club seek to offload him permanently in the January transfer window.

He will miss Monday’s visit of Manchester United’s U23 side—as will Joe Gomez who has returned to the first-team squad after long-term injury—but midfielder Matty Virtue said they would cope without with their senior players having learned plenty from them.

“I think they have had a massive influence,” Virtue said ahead of Monday’s 7pm kick-off at Anfield.

“I think we were all surprised how professional [Sakho] has been and how serious he has been in training.

“It can be a problem when a first-team player comes down and doesn’t really want to be here but he’s managed himself very well and especially in the games we’ve all learned from him.

“He is a top player, captained France and captained PSG, and all you can do from those players is learn. He has been where we all want to get to.

“We can definitely push on in the second half of the season and show that us young lads can do exactly what we did with them when they were in the team.”