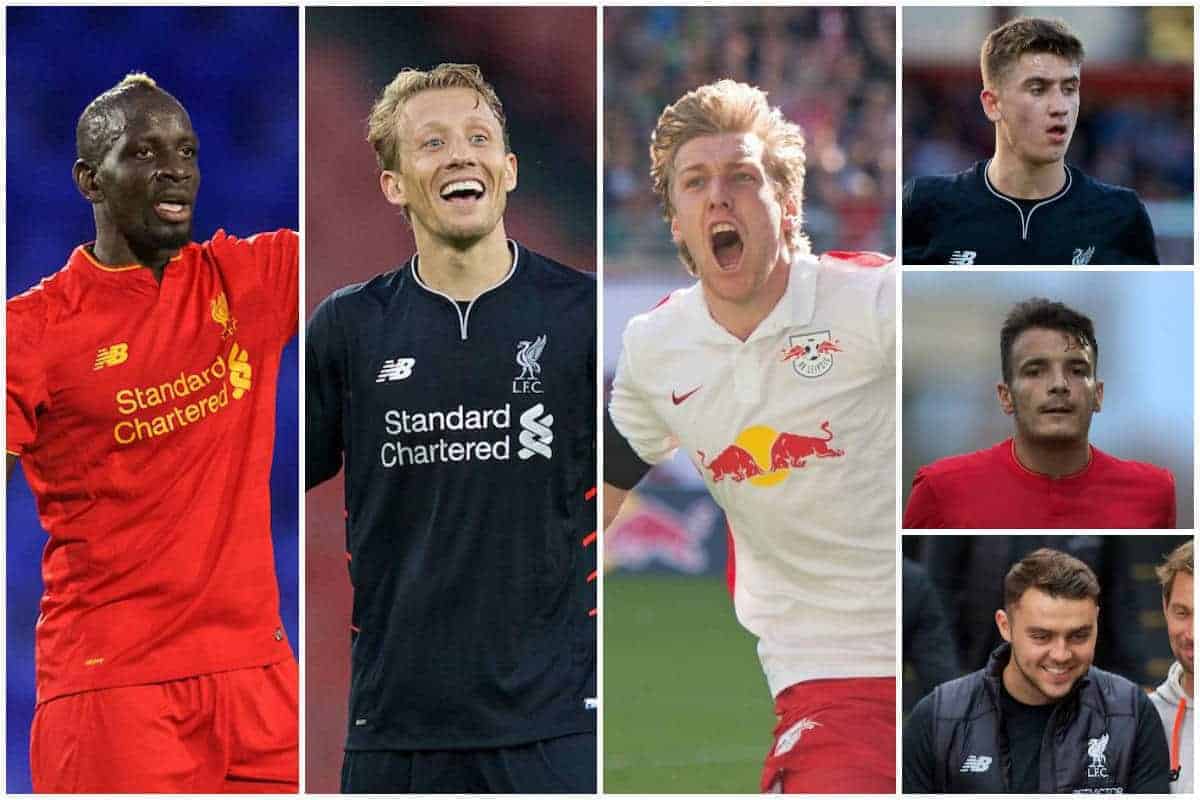 With the January transfer window now officially in full swing, there are a number of things that may occur at Liverpool in the coming weeks.

The disappointment of that 2-2 draw at Sunderland is still fresh in the memory, but Jurgen Klopp must now focus on getting back on track.

Next up for the Reds is the FA Cup third-round clash with Plymouth Argyle on Sunday afternoon, before trips to Southampton and Man United in the League Cup and Premier League, respectively.

While some of Liverpool’s rivals are expected to have busy months in the January transfer window, Klopp has played down much happening this month.

Despite this, some business is likely to happen, both in terms of incomings and outgoings.

Few Liverpool players have gone from hero to villain quite like Mamadou Sakho in recent times, with his Reds career becoming a rather sad one.

Having been a key man last season, a failed drugs test, for which he was eventually cleared of any wrongdoing, and subsequent poor behaviour in pre-season has seen Klopp freeze him out completely.

The centre-back has almost certainly played his last game for the club, and rather than wasting time featuring for the U23s, a move elsewhere suits all parties.

Sakho has been rumoured to be joining a number of clubs—Galatasaray are the latest to be linked with him—with Inter Milan, AC Milan and West Brom reported admirers.

The 26-year-old staying at Anfield beyond January is both unlikely and unwanted, and there is every chance he will be long gone when February arrives.

Lucas’ Future Up in the Air

Even cats seem to have fewer lives than Lucas Leiva.

Liverpool’s longest-serving player has been linked with moves away from Anfield for several years now, but has always ended up staying.

At the end of December, Lucas was tipped to move to Inter on loan, with a view to a permanent deal, and the ball appears to be in his court.

On New Year’s Day, the Liverpool Echo claimed reports that the Brazilian had undergone a medical at the San Siro were wide of the mark, and that he will only leave Liverpool if the offer suits everyone.

Lucas is certainly a divisive figure on Merseyside, with some keen to see him leave and others still rating him as a good squad member. All will become clearer in the next few weeks.

Sadio Mane‘s departure to the Africa Cup of Nations is a big loss, with the Senegal speedster Liverpool’s top scorer this season with nine goals.

Philippe Coutinho is also likely to be rusty when he returns from injury, so attacking reinforcements may well be required.

Klopp has made a point of saying any January signings will be long-term investments, and several talents have been mooted to be on the manager’s radar.

Spartak Moscow’s highly rated Dutchman Quincy Promes is perhaps the strongest contender to join Liverpool, although it has been played down in some quarters.

Borussia Dortmund wonderkid Christian Pulisic is another who Klopp is a reported admirer of, but the 49-year-old’s former club have said he is going nowhere.

Julian Brandt and Emil Forsberg, of Bayer Leverkusen and RB Leipzig respectively, are also possible targets, with both seen as two of Europe’s most exciting young attacking players.

It would be disappointing not to see someone come in to add competition for places in the final third, both for now and in the future.

Youngsters Could Leave on Loan

The fact that Klopp decided not to throw any youngsters in against Sunderland suggests he still doesn’t have total faith in them performing at the top level.

While the likes of Trent Alexander-Arnold, Ovie Ejaria and Ben Woodburn do now appear to be fixtures in the squad, and Kevin Stewart is believed to be staying put, others could be sent out on loan between now and then end of the season.

Pedro Chirivella is due to join Go Ahead Eagles, while Cameron Brannagan was thought to be on the verge of joining Bolton Wanderers, but an ankle injury looks to have put paid to that.

The returning duo of Joe Gomez and Sheyi Ojo are expected to stay, but if Klopp feels he can do without them, giving them some match practice elsewhere will benefit them.

That appears unlikely, but don’t rule out seeing certain other youngsters head to pastures new on a temporary basis.