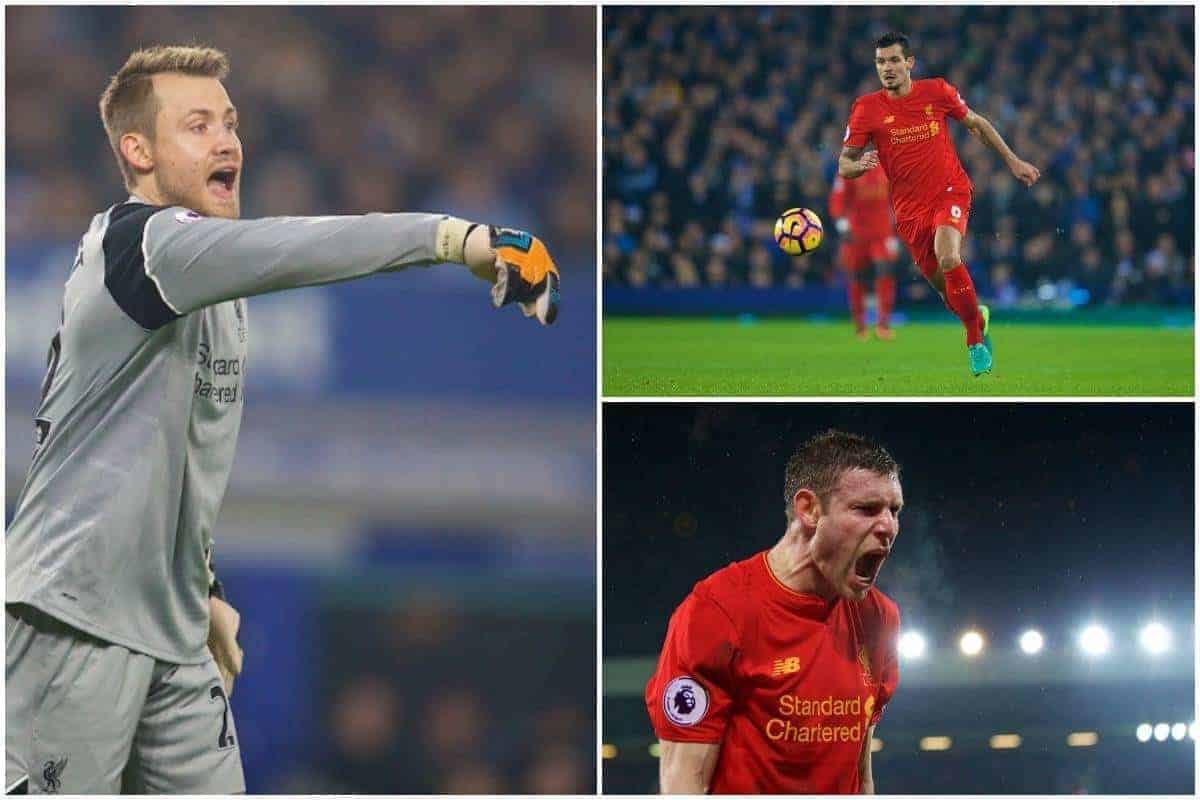 The January transfer window is closed, so attention will now start to turn towards planning for the summer. Henry Jackson looks at the three first-choice names he would replace.

The January window was always going to be a quiet at Anfield, frustrating as they may have been for some.

Jurgen Klopp mas made it clear that he is happy with his current squad, and with only the Premier League to focus on this season, the lack of depth shouldn’t be an issue.

What is clear, however, is that Liverpool must strengthen in a number of areas of the first-team in the summer, in order to reach the next level.

Here are the three members of the Reds’ first-choice starting eleven that need replacing.

(Note: The likes of Emre Can and Daniel Sturridge are not included because they aren’t necessarily first-choice.)

You look around the fellow top-six clubs, barring Man City, and Simon Mignolet is not close to the level of their goalkeepers.

David de Gea, Thibaut Courtois, Petr Cech and Hugo Lloris are among the best in the world in their position, and they play a huge part in their team’s respective success.

Mignolet is far from a bad ‘keeper, as he showed by making a crucial penalty save to deny Diego Costa last week, but Liverpool have to be doing better than him.

Too many times he looks unconvincing with the ball at his feet, his communication with teammates can be poor, and he experiences too many lapses in concentration.

The Belgium international is a very able deputy, and someone who could thrive at a mid-table club, but the Reds will not achieve long-term success with him in goal.

Mignolet deserves huge praise for some good form since returning to the side, but he is simply not at the level required.

Depending on how Loris Karius continues to progress – he could suddenly go up a gear and solve the goalkeeping issue – Klopp needs to bring in a new stopper in the summer.

That would mean there isn’t room for both Mignolet and Karius, and the manager would have to decide who he has more faith in for the future.

The Liverpool career of Dejan Lovren has been a curious one.

After a horrendous start he found his feet impressively, but he is now under scrutiny again for some erratic performances at the heart of the defence.

There are parallels to be drawn between Lovren and Mignolet – both can have good days, but they let themselves down too often.

To succeed at the highest level you need two top class centre-backs in the starting lineup – Alan Hansen and Mark Lawrenson, Sami Hyypia and Stephane Henchoz, Jamie Carragher and Hyypia, and so on – but Joel Matip is only one who falls into that category in the current squad.

Lovren would make a strong squad player, filling in when others are injured, but he cannot be relied upon on a weekly basis.

It is a shame that Mamadou Sakho’s poor behaviour has seen him isolated – a Matip-Sakho partnership would have been a formidable one.

It is paramount that a new defensive face arrives in the summer, with Southampton‘s Virgil van Dijk the perfect, but unlikely, option. Bayer Leverkusen’s Jonathan Tah would be a superb acquisition.

Either way, Lovren cannot be one of the top two centre-backs at Liverpool. If he is, the defensive errors will not go away. What must be stressed immediately is that James Milner has done a very good job at left-back this season.

Thrust into an unfamiliar role in his 30s, the Englishman has never complained about being out of position, and has proven to be an effective member of the side.

There are limitations to his effectiveness, though, which have become increasingly noticeable as Liverpool’s results have suffered.

His dwindling pace can be an issue, both going forward and defensively, and his natural preference for coming inside onto his right foot makes the Reds very narrow. Some of his crossing has also left a lot to be desired.

At 31, Milner is not the solution at left-back, but he has been a good stop gap.

With Alberto Moreno still failing to fully convince – he potentially never will, although that is dependant on how highly you rate him – a left-footed left-back with speed needs to arrive before next season.

It would add an extra dimension to Liverpool’s attack, much in the same way Danny Rose does for Tottenham, giving opponents even more to worry about.

Finding top drawer available players at left-back is never easy, but it would be a surprise if Klopp didn’t have several candidates in his mind.

Milner can continue to thrive as a squad player, like Mignolet and Lovren, but despite an impressive season in a new position, a change is needed.

Which three first-choice players would you replace? Let us know in the comments.