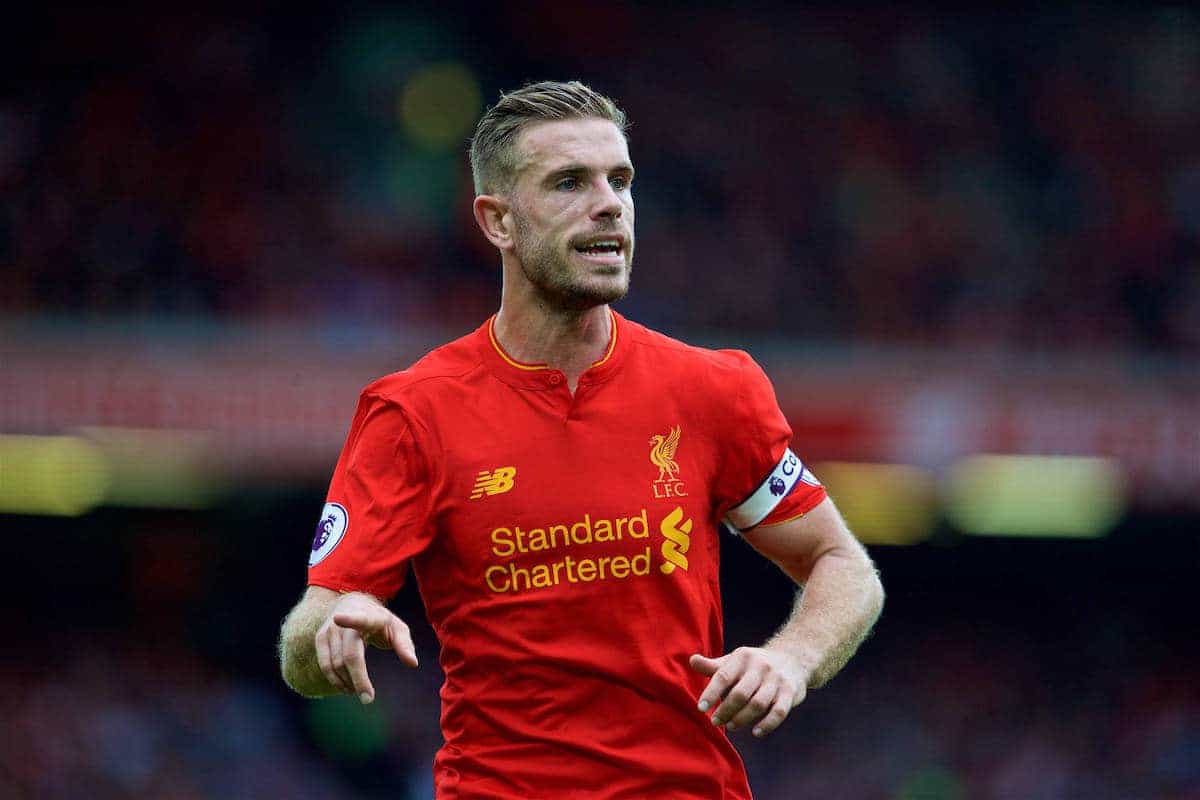 Henderson was rumoured to have broken a bone in his foot, having missed training at Melwood on Sunday afternoon, but a scan has revealed this to be false.

However, the midfielder won’t be available for the Reds at the King Power Stadium, having sustained heavy bruising to his foot after a strong challenge during preparations on Friday.

According to the Liverpool Echo, he could also miss the clash at home to Arsenal on March 4.

This is a big blow to Jurgen Klopp as he plots for victory away to the Premier League champions, with Henderson emerging as a key player in a new role this season.

The 26-year-old has started 24 of the Reds’ 25 league games so far, only missing the 2-2 draw away to Sunderland at the beginning of 2017, taking up his duties at the base of the midfield.

He has averaged the same number successful tackles per 90 in the league as Chelsea‘s N’Golo Kante (3.7), while his excellent range of passing has fuelled Liverpool’s overwhelming attacking system.

Without Henderson, Klopp will need to find another solution in the No. 6 role, with a variety of options available to the German.

The most likely candidate is Emre Can, with the former Bayer Leverkusen midfielder able to pick up where he left off last season, after shining as Liverpool’s defensive midfielder.

Can has struggled for consistency this term, as he looks to adapt to a more progressive outlook in one of Klopp’s box-to-box roles.

The 23-year-old is arguably at his best shielding the back four, as he proved with a monstrous performance against Villarreal in the semi-finals of the Europa League in 2015/16.

Klopp could, however, turn to the experience of Lucas Leiva in his place, with the Brazilian impressing at centre-back in the Reds’ last outing, the 2-0 victory at home to Tottenham Hotspur.

Another option is former Spurs midfielder Kevin Stewart, though the No. 35 has not featured in the in the league since September, making the bench only three times since then.

Adam Bogdan (ACL), Ovie Ejaria (ankle) and Danny Ings (knee) are also out injured for the long term, but Marko Grujic has now returned to training after a hamstring injury.