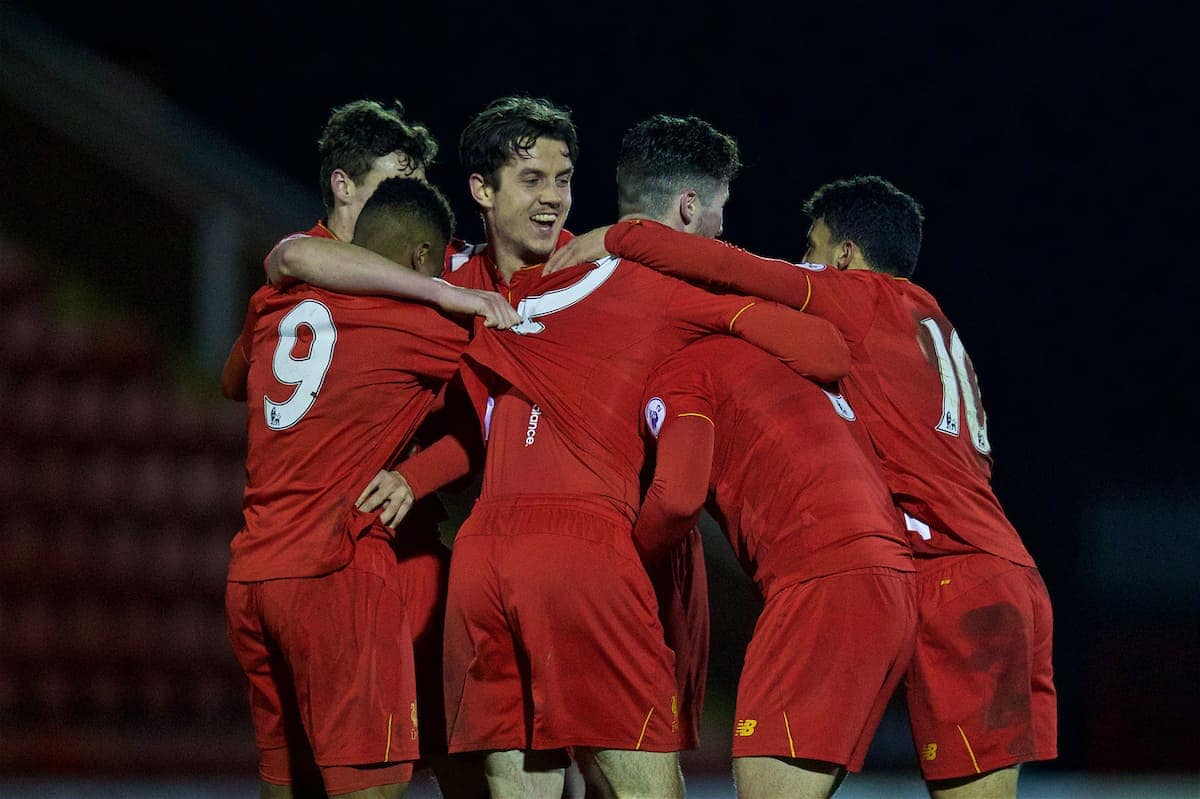 A late, late effort from full-back Connor Randall gave the Liverpool U23s a 1-0 victory away to West Brom U23s in the Premier League Cup.

Randall was one of the more experienced heads in Mike Garrity’s starting lineup for the Young Reds’ final Group G clash on Tuesday evening.

The 21-year-old lineup alongside Nathaniel Phillips, Joe Gomez, Jordan Williams and Sheyi Ojo in a mismatched group, joining a host of the Reds’ more youthful talent.

Caoimhin Kelleher took his place in goal, Matty Virtue marshalled the midfield next to Williams and promising duo Yan Dhanda and Rhian Brewster linked up with Ojo in attack.

Despite the quality on show in Garrity’s U23s side, the game took time to get going in Kidderminster.

It was Ojo who came closest on a number of occasions in the first half, but continually found himself thwarted—either by his own poor finishing or some solid Baggies defending.

Dhanda began to pull the strings after the break, first denied by Boaz Myhill with an attempt of his own, before laying a pass on for Brewster, who saw his effort blocked.

But with the tie looking set to fizzle out as a bore draw, Ojo’s neat cross bounced out to Randall, 25 yards out, with the defender ploughing a strike beyond Myhill to seal a dramatic win.

Randall has struggled for game time for both the U23s and the first team this season, and it came as something of a surprise to see the full-back remain at Liverpool beyond the winter transfer window.

Both Barnsley and Preston North End were credited with an interest in taking Randall on loan, but unlike the likes of Pedro Chirivella and Cameron Brannagan, he remained on Merseyside.

His experience has proved valuable in the Reds’ academy, but it is still doubtful that he will be with the club next season.

At 21, Randall needs to move on in search of regular first-team football, and he is certainly capable of performing at senior level on a weekly basis.

Having made eight appearances for Jurgen Klopp‘s side last season, he proved himself able when called upon in the Premier League, and this should stand him in good stead if he does move on.

For the time being, however, his focus will be on the U23s, with their next outing coming in Premier League 2, away to Reading U23s on March 6.