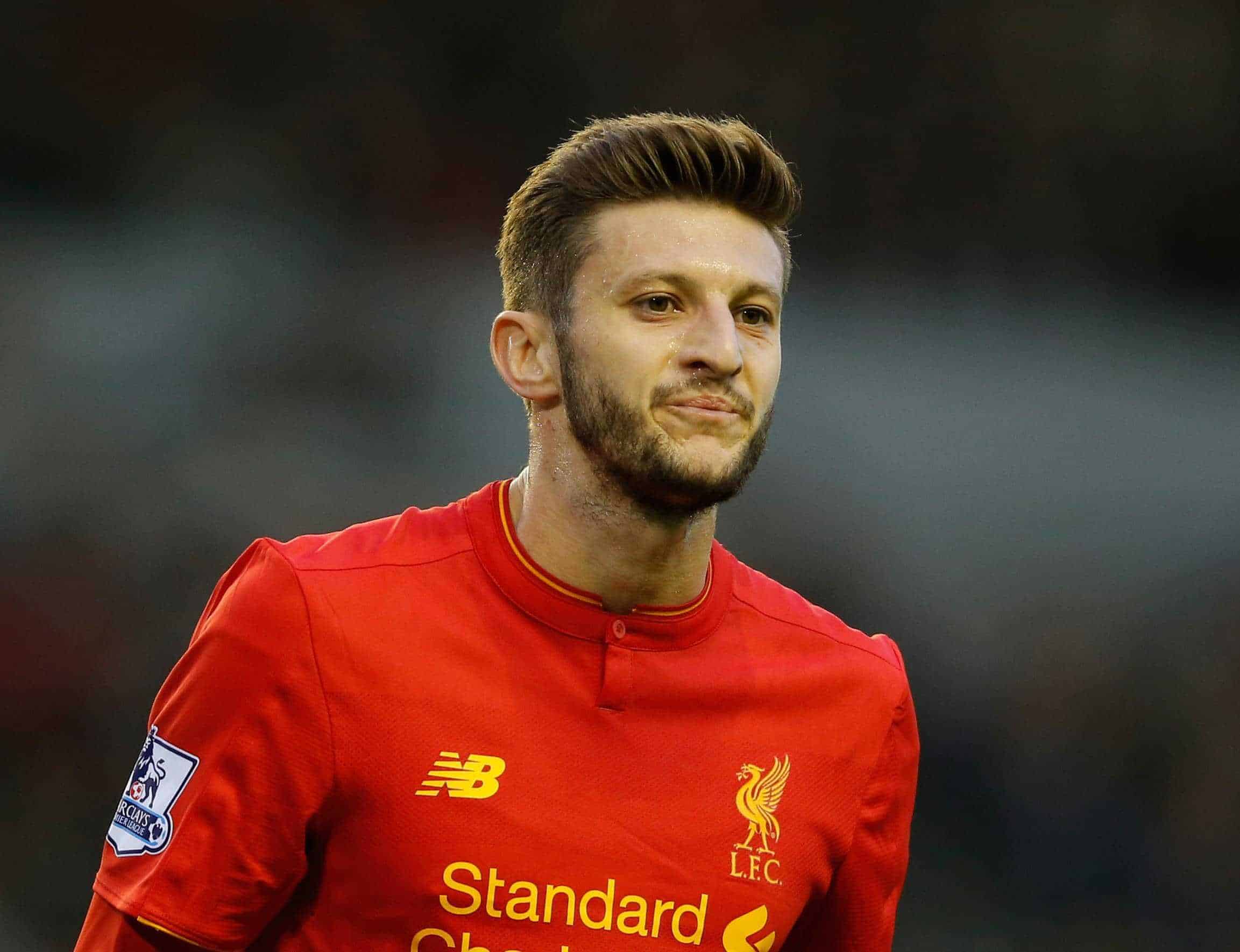 Liverpool midfielder Adam Lallana is set for a month on the sidelines after suffering a thigh injury on duty with the England squad.

Lallana started in both of the Three Lions’ clashes in March, and laid on Jamie Vardy’s goal in Sunday’s 2-0 win at home to Lithuania.

But on returning to Merseyside to rejoin Jurgen Klopp‘s squad in preparation for Saturday’s Merseyside derby, scans have revealed a big blow to the Reds’ top-four hopes.

The 28-year-old is expected to be sidelined for the next month, keeping him out of a key period of the season.

While it is hoped Lallana will return ahead of schedule, the midfielder will undoubtedly miss a clutch of Liverpool’s crucial games as they look to end the season on a high.

Lallana will definitely be absent for Saturday’s Merseyside derby, and he could miss a further four games if he is out for a month.

If that is the case, Lallana could return for the trip to take on Watford at Vicarage Road on May 1, in the first of Liverpool’s final four games of the season. Lallana has reached a new plateau under Klopp in 2016/17, scoring seven and assisting seven in 27 games in the Premier League so far, excelling in a new role in central midfield.

His ability both on and off the ball have provided Liverpool with an invaluable outlet, with Lallana leading Klopp’s high-intensity pressing game.

Without the former Southampton captain, Klopp may need to rejig his system, with the German already facing a host of other selection quandaries for Saturday’s clash with Everton.

Jordan Henderson is currently stepping up his recovery from a troubling foot injury, and is still a doubt for the derby.

Meanwhile, both Philippe Coutinho and Roberto Firmino are set to fly back from Brazil in the early hours of Wednesday morning, likely giving the duo just two days to prepare.

If Klopp is without Henderson, Lallana, Coutinho and Firmino from the start at the weekend, Liverpool could be a much-changed side.

Emre Can and Georginio Wijnaldum are near guaranteed to start in midfield, while Sadio Mane and Divock Origi are options in attack, but Klopp may otherwise need to turn to his squad ranks.

Catch up with our injury database for Liverpool here.