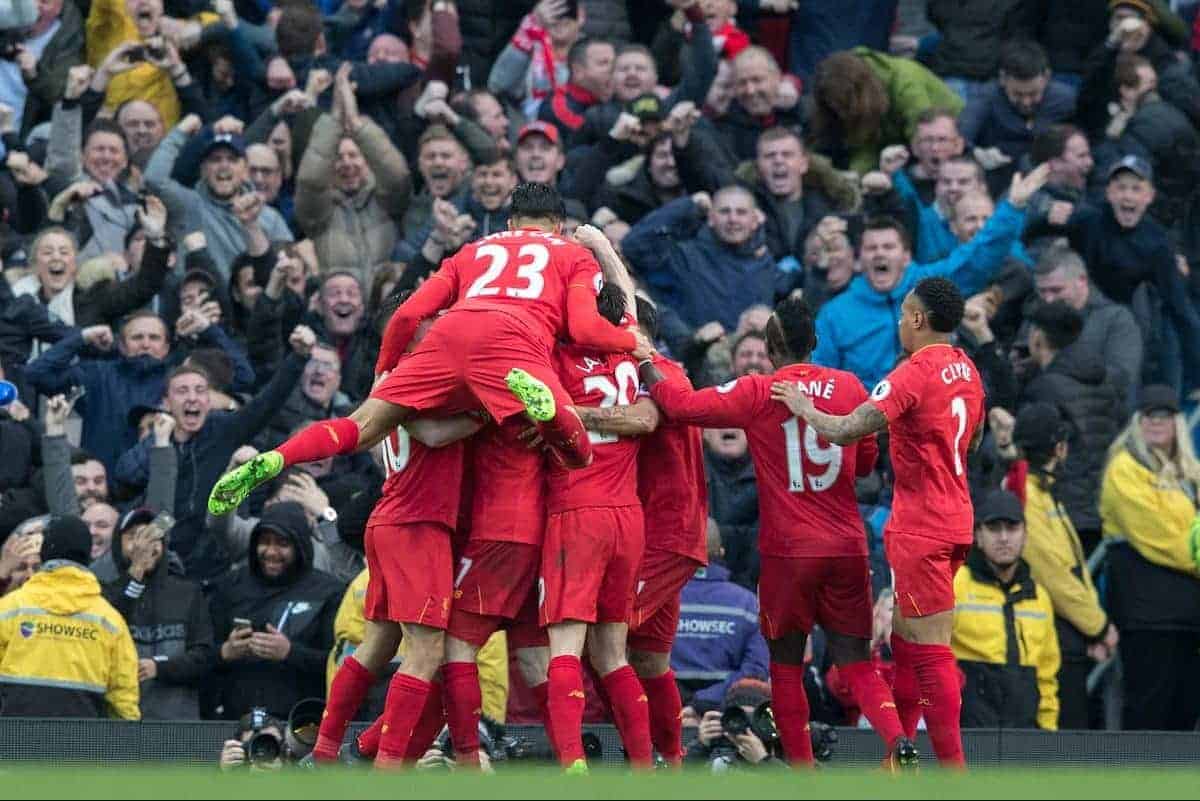 Liverpool picked up a point at the Etihad, but they missed a chance to win the game and to overtake Man City in the table.

In the same fixture at Anfield on New Year’s Eve, James Milner put in an outstanding performance to shackle Raheem Sterling, but in this game he found it tougher to keep track of his former team-mate.

The City winger regularly found space in behind the Liverpool captain, and though he was flagged for offside on several occasions he aways looked dangerous.

Milner did manage to make a vital interception in the first half with Sterling lurking, and there were a couple of occasions where the left-back was able to stick a foot in, but despite the Liverpool man’s goal, Sterling will claim a victory in this particular battle.

The Liverpool No. 7 was lucky not to concede a penalty as he went through the back of Sterling during one of City’s first half attacks.

Milner was booed by the City fans every time he received the ball, but he was able to quieten them somewhat with his expertly taken penalty.

Can Can Make the Holding Role His Own?

After escaping a booking in the opening stages of the game, Can settled into his holding midfield role and put in one of the best performances we’ve seen from him in the position.

The German midfielder was impressive earlier in the season in a slightly more advanced role but suffered a mid-season slump with some inconsistent performances.

Recently, though, he’s put in some good shifts in Jordan Henderson‘s absence, providing a physical presence in front of the defence.

Can is a player who takes some time to settle into a position once he returns to the starting eleven, but on this performance, he looks like he could make this deep lying midfield role his own.

Once Henderson is back many would expect him to replace Can and slot back into his holding role as captain, but his Can’s displays will give Klopp plenty to ponder when this time comes.

Coutinho Stutters Again But Showed Glimpses of His Old Self The Brazilian No. 10 continued where he left off last week, barely getting into the game in the first half.

His performance against Burnley was so poor that Klopp decided to replace him with Ben Woodburn in the second half.

When he did manage to get involved in the opening period against City his touch was off and his end product non-existent. He finished the first half with a pass completion of just 60%.

He skied a shot over the bar from a good position, and he should at least have got the shot on target once the space opened up for him.

But in the second half he was much improved. He looked livelier, cutting in from the left to influence the game, and played a couple of good through-balls to Firmino.

Though he was replaced by Origi in the 73rd minute, there were signs that he was starting to find his feet.

A Tactical Battle, or Just a Battle?

Both managers stuck to their guns as Pep Guardiola’s City looked to play out from the back and work the ball through midfield, even though they knew they would be under the cosh from the Liverpool press.

Coutinho, Firmino, and Mane picked their moments to press high, and were joined by Lallana and Wijnaldum from midfield.

City did some pressing of their own which meant Klavan and Matip had to be on their toes, and accurate with their passing out from the back.

In possession Liverpool often looked to play long balls over the top to Mane, and Firmino was regularly asked to win aerial duels and knock the ball down for the other attackers.

Both managers brought on their Brazilian defensive midfielders late in the game, with Fernando and Lucas replacing Sane and Firmino respectively.

The game become mustn’t lose as opposed to must win, and these changes reflected this. Lallana was presented with a golden opportunity to win the game towards the end of the second half, but with the goal gaping he was unable to connect properly with his shot.

The English midfielder’s performance mirrored Coutinho’s to some extent. Though he did manage a shot on goal he was generally quiet in the first half other than his usual pressing off the ball.

He came into the game in the second half, but will be disappointed to have squandered his golden opportunity to take all three points.

Luckily for Liverpool and Lallana, Aguero also spurned City’s late chance to win the game when he volleyed over the bar from yards out.

Liverpool currently sit in fourth place in the league table, but all the teams around them have games in hand.

The team are unbeaten in games against the other teams in the Premier League‘s top six, and have now played them all home and away.

Klopp’s side have five wins and five draws from these games against the top sides, but Man United are the only team they were unable to beat.

United are four points behind with two games in hand, while Arsenal sit six points behind the Reds with the same amount of games to make up.

Though the run in looks favourable on paper, the team need to improve their displays against the teams occupying lower end of the table.

And anything could happen in the next game—the Merseyside derby at Anfield on April Fools’ day.