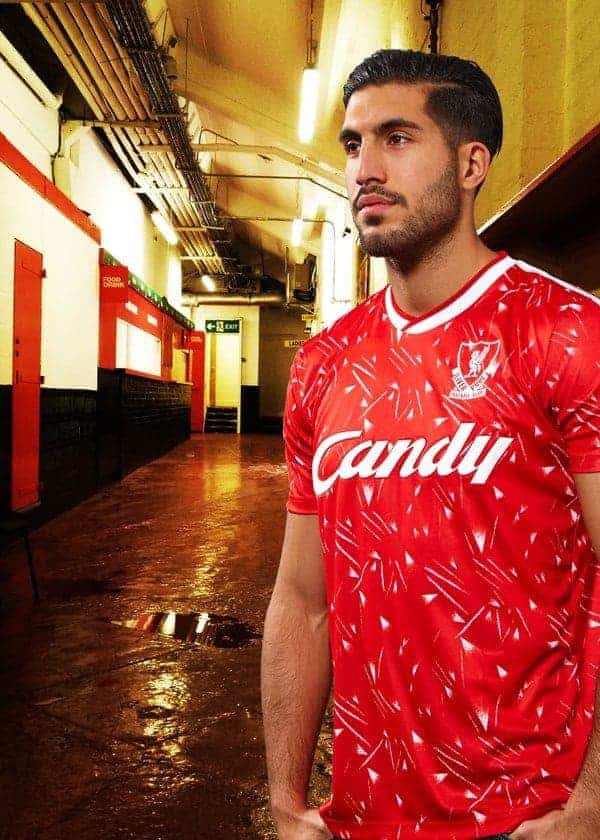 Liverpool’s team of the late 1980s is seen as one of the greatest in the club’s history, and their kit was almost as nice as the football the Reds played.

Between 1989 and 1991, the Reds won a First Division title and an FA Cup – the last Liverpool team to win the league, in 1990 – with Kenny Dalglish‘s side regarded as the best in the land.

John Barnes and Peter Beardsley were the undoubted stars in a fantastic team, with the two Englishmen showcasing their respective genius on a weekly basis.

Stick those two in Jurgen Klopp‘s current outfit and the 2016/17 title would have been ours!

Bruce Grobbelaar was a cult hero in goal; Steve Nicol and Alan Hansen were bona fide Liverpool legends at the back; Ronnie Whelan, Steve McMahon and Ray Houghton were stalwarts in midfield and John Aldridge and Ian Rush were goalscoring machines.

It was a side capable of destroying anyone on their day, and they strutted their stuff in arguably the most iconic kit in Liverpool’s history.

?? Emre Can in the classic #LFC retro shirt.

With its ‘Candy’ sponsor and particularly memorable grey away strip, it is the kit most supporters instantly think of when trying to recall Liverpool’s most famous attire.

Now, you can get your hands on it, with Liverpool’s official online store selling the 1989/91 home, away and goalkeeping jerseys.

Ranging from £35-£40, it represents decent value for money and offers the perfect opportunity to evoke memories of Liverpool’s glory years. The away kit is a current best seller.

As seen above, Emre Can modelled the home shirt in the old Main Stand prior to its redevelopment, with the German looking as glorious as ever.

As well as these on-sale items, there is also the 2005 kit that Liverpool lifted the Champions League in, and the 1986 ‘Crown Paints’ strip that remains an all-time favourite.

* You can purchase the iconic kit as worn by Can, and other Retro LFC kits from the official store, here.