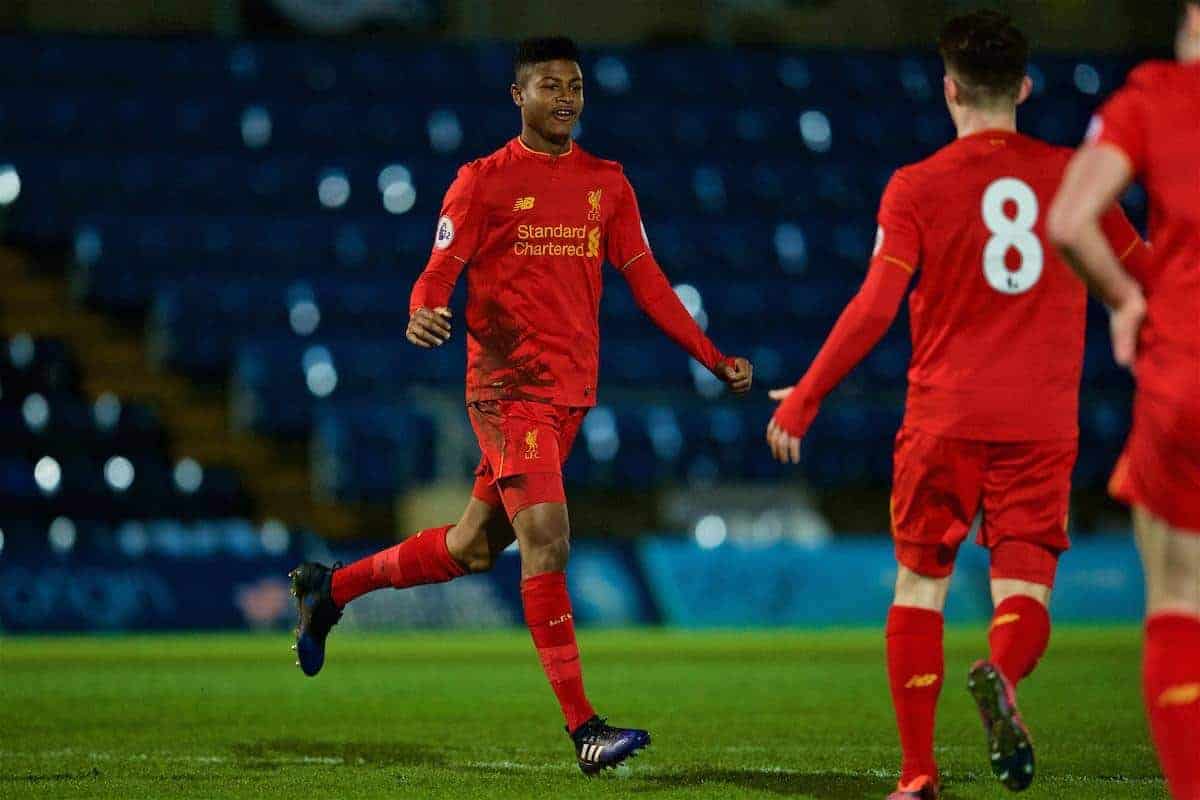 Liverpool’s U23s cruised to a 5-1 win over Reading on Monday evening, with Marko Grujic making a welcome return from injury.

The fourth-place Reds made the trip to Adams Park for their Premier League 2 clash, having won 1-0 at West Brom in their last outing, in the Premier League Cup.

Mike Garrity named Grujic in his starting line-up, with the Serbian making his first appearance since November. The 20-year-old midfielder has been limited to just five matches for the first-team this season.

It was a strong-looking Reds outfit, and one that was expected to get the better of their opponents, with five places and nine points between them in the table. Kamil Grabara made a big save to deny Joseph Mendes just three minutes into the game, typifying the form the teenage goalkeeper has been in this season.

At the other end, Harry Wilson was denied in equally impressive fashion by George Legg, with the forward producing a Lionel Messi-esque curled effort.

From the resulting corner, Liverpool were ahead. Gomez volleyed home expertly from Wilson’s delivery, outlining the technical quality he possesses.

Superb work down the right flank almost led to Sheyi Ojo doubling the lead soon after, and the winger then turned provider, with Brewster failing to convert from a tight angle.

The visitors continued to boss things, with the direct Ojo testing Legg with a fierce drive, then striking the post from the rebound.

Brewster doubled Liverpool’s lead with a ruthless finish from the right-hand side of the penalty area, but almost straight from kick-off, Connor Randall conceded a penalty in reckless fashion. Mendes converted the spot-kick.

Just before half-time, Brewster got his second of the game, converting from close-range after Ojo’s shot had hit the post. It was a superb opening 45 minutes. The second-half was a more low-key affair, in general, with Liverpool largely comfortable and not looking as dangerous.

The Reds got a fourth goal midway through the second-half, as Wilson laid-on his third assist of the night, this time for the clinical Woodburn.

The Welshman almost got his second of the evening with 11 minutes remaining, but the busy Legg palmed away his stinging strike.

Phillips put the icing on the cake with a lovely curled effort late on, on a night full of positives for Garrity’s side. Grujic returning will have been particularly pleasing for Jurgen Klopp.

The win takes Liverpool to third in the Premier League 2 table above Arsenal, ahead of the visit of fifth-place Chelsea next Monday.