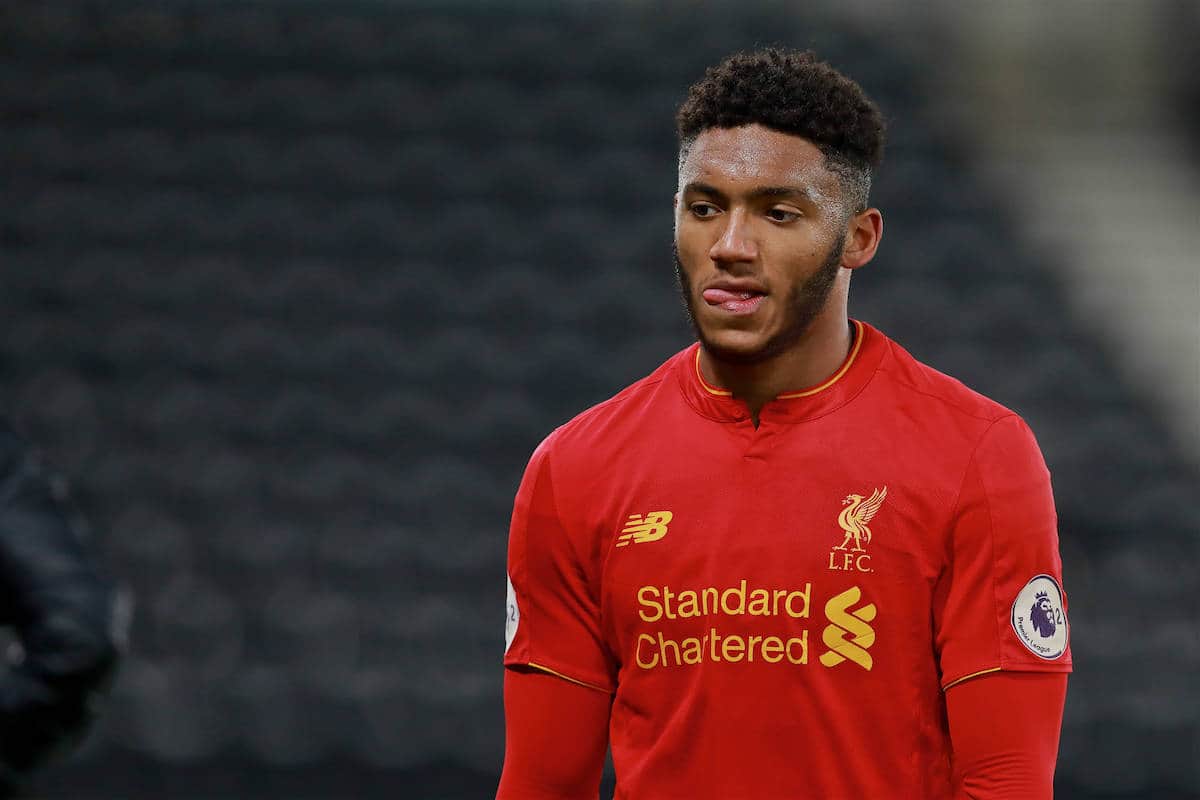 Liverpool centre-back Joe Gomez could be on Real Madrid’s radar ahead of the summer transfer window, according to dubious reports in Spain.

The 19-year-old has recovered from a long-term ACL injury, and is working his way back into Jurgen Klopp‘s first-team setup on Merseyside.

But the German is not the only big admirer of the Reds’ former Charlton Athletic defender, with Zinedine Zidane said to have a “weakness” for Gomez.

That is according to Spanish outlet Diario Gol, who claim the teenager is on a long list of Real’s targets for the summer, as Zidane plots an overhaul of his squad.

With doubts over the futures of Keylor Navas, Pepe, James Rodriguez, Isco, Alvaro Morata, Mariano and Karim Benzema, Real are said to be set for “radical change.”

And Gomez is among those in their sights, along with a hugely ambitious list of Europe’s top young talent.

These are bold claims, and as such a rather difficult to believe—particularly when it comes to Gomez. The youngster has spent much of the season with the Liverpool U23s, and scored in their recent 5-1 victory over Reading, as he works to recapture form and fitness.

But it is unlikely to be long before Gomez makes his way back into Klopp’s senior squad on a regular basis.

Having signed a new five-year contract with the club in January, it is clear that Gomez features heavily in Klopp’s plans for the future.

And speaking on putting pen to paper, the centre-back reiterated his commitment to the club, saying “it’s not something I had to think very long about.”

“It’s massive. It means a lot to me—it’s a massive gesture from the club to show that trust and faith in me,” he continued.

“That’s why it was so important I did the same and done it so quickly, because I’m very happy here.

“I’ve loved living here and playing here and learning under the new manager, so it was a quick decision.”

The lure of Madrid could, of course, change that, but for now it seems that Gomez sees his future on Merseyside—and nowhere else.