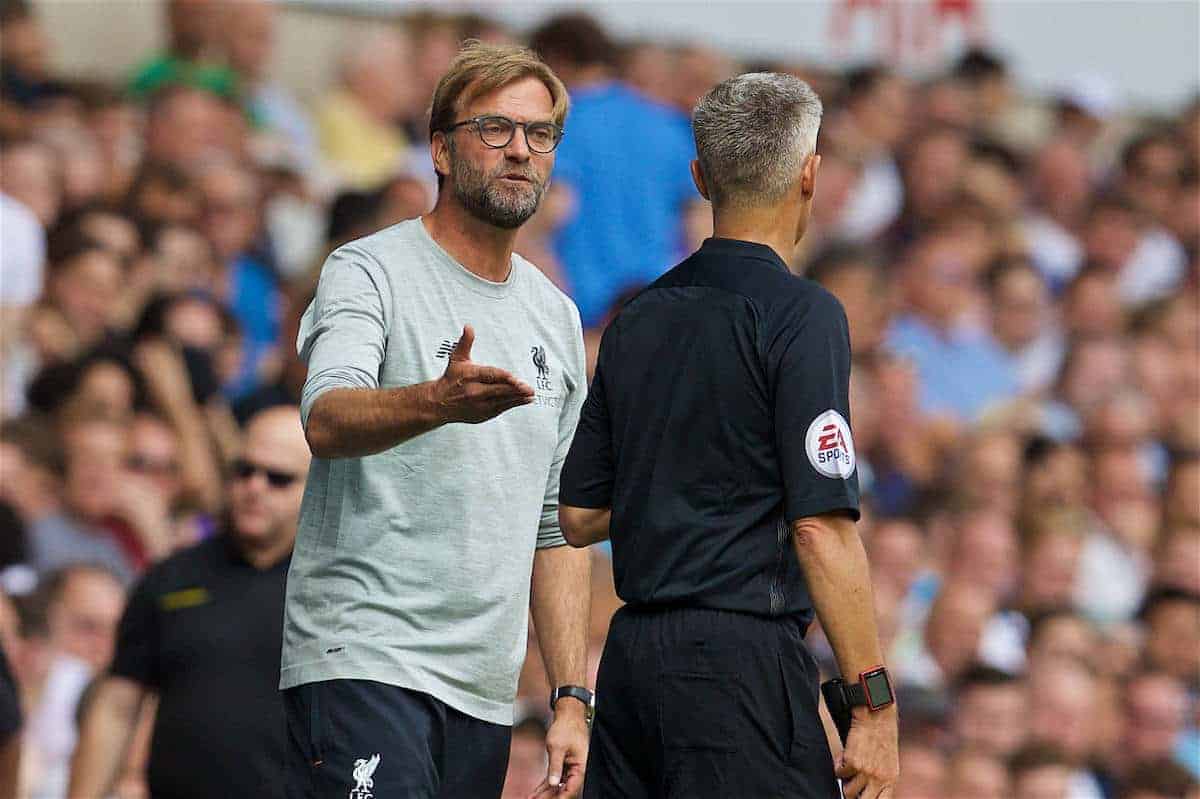 Jurgen Klopp has addressed the possibility of video technology in football, advocating the support of referees when facing difficult decisions.

Video technology is expected to be trialled during next season’s FA Cup, announced at a meeting of the International Football Association Board at the beginning of March.

This would signify a potential step forward for modern football, with referees coming under constant scrutiny—particularly in the Premier League.

And speaking at a press conference at Melwood on Friday afternoon, Klopp backed the move to support referees with video technology, saying “I think it’s time to test it.”

“It would not be the solution, because let’s take Barcelona’s penalty on Suarez [vs. PSG] for example.

“The arm was there, chest, did he push or not, is it 100 percent clear in a video situation?

“It would help a lot in offside situations, makes life easier for referees. You could use them to know more, someone with a better view.

“It’s good to test it, and we see how it works in other sports—it works pretty well, so why shouldn’t it in football?

“We have discussions in-game, and we could minimise these and give time for the referee to make a decision. It probably would be good, but we’ll see.”

Klopp has been critical of decisions made against his side throughout the season, with a number of dubious calls having seen Liverpool suffer on the pitch.

Speaking after January’s League Cup semi-final defeat to Southampton, for example, the German suggested Shane Long should have been penalised for a handball inside the Saints’ penalty area.

“I don’t look for excuses, but it’s really hard to accept [bad decisions] week by week by week,” he said. “The handball was 100 percent.”

This could arguably be addressed with the introduction of video technology, with managers then able to challenge decisions throughout the game.

As Klopp attests, this would be particularly useful when approaching offsides, with there currently being no failsafe approach to judging such situations in real-time.

He is unlikely to be the only manager to back trials of video technology, but it remains to be seen whether it will be put in place for the Premier League.