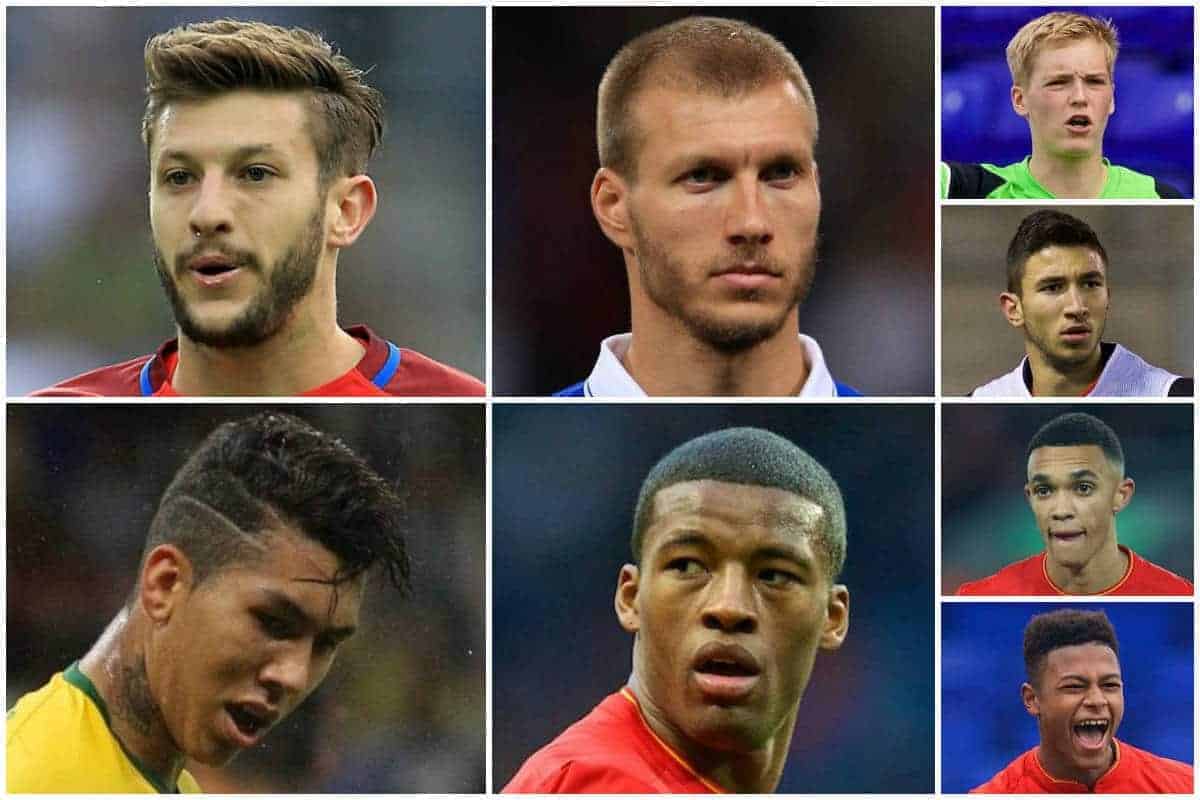 The first week of the March international break saw a host of Liverpool stars turn out for their nations, with some more successful than others.

While Jurgen Klopp took the rest of his squad away to Tenerife for a warm-weather training camp, 23 Reds players were called up for international duty for the end of March.

Beyond the Canary Islands, it was a busy week for the Reds with their respective nations, with many highs and lows throughout.

Adam Lallana started in both of England’s clashes of the break, playing 66 minutes in Wednesday night’s 1-0 loss to Germany, before recording an assist in the Three Lions’ 2-0 win at home to Lithuania on Sunday evening.

Nathaniel Clyne was an unused substitute at the Westfalenstadion in midweek, and remained on the bench throughout the weekend victory at Wembley.

Emre Can came on late into Germany’s victory over England, taking up duties in midfield as his side saw out the result, and was again on the bench for Sunday’s clash with Azerbaijan, but was left out of a routine 4-1 win.

Over in South America, both Philippe Coutinho and Roberto Firmino were in action as Brazil sealed a 4-1 World Cup qualifier win over Uruguay.

It was the latter’s parried effort that provided a second goal for ex-Tottenham midfielder Paulinho, who went on to seal a hat-trick in Montevideo.

Ragnar Klavan captained Estonia to a 0-0 draw away to Cyprus in their World Cup qualifier on Friday evening, with the centre-back playing the full 90 minutes to keep a vital clean sheet.

It wasn’t so positive for Georginio Wijnaldum, however, with the Reds midfielder replaced by Wesley Sneijder at half-time as the Netherlands fell to a miserable 2-0 defeat to Bulgaria on Friday.

This qualifier defeat saw manager Danny Blind sacked on Sunday night, meaning Wijnaldum will see a change in the dugout before next year’s tournament in Russia. On the youth stage, Marko Grujic played the full 90 minutes as the Serbia U21s defeated Sweden 2-0, with the midfielder picking up a yellow card in Marbella.

Corey Whelan also featured heavily as the Republic of Ireland U21s sealed a 1-0 win over Kosovo on Saturday afternoon, with QPR winger Olamide Shodipo scoring the only goal at the Tallaght Stadium.

The Reds’ only other U21s representatives, Joe Gomez and Ryan Fulton, are yet to feature, with the former an unused substitute in the England U21s’ 1-0 loss to Germany.

Trent Alexander-Arnold has enjoyed an excellent spell with the England U19s, assisting in their 3-0 win over Norway, before scoring twice in a 3-0 victory at home to Spain on Friday.

It was a mixed week for Republic of Ireland U19s duo Caoimhin Kelleher and Conor Masterson, who started in both a 2-0 win over Italy and then a 3-0 loss to Sweden, with the latter captaining the young Irish side.

Finally, Liverpool U23s striker Rhian Brewster scored twice in the England U17s’ 5-3 win over the Czech Republic on Thursday, before starting in Saturday’s 4-0 win over Slovenia.