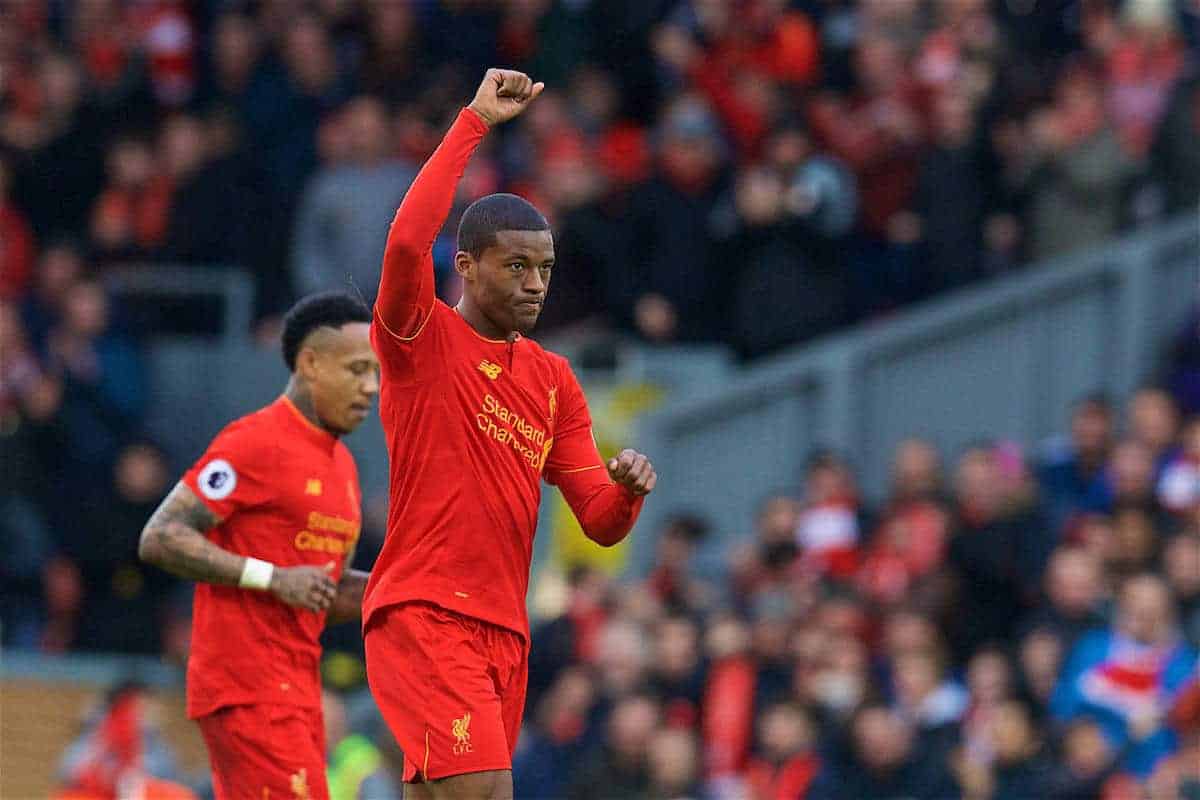 Liverpool came from behind to secure a win, but impressive performances were hard to find against a Burnley side who’d previously struggled away.

Was beaten by Burnley‘s only shot on target, and other than that he had little to do in terms of shot stopping.

Can be quicker with his distribution, and especially when the team are behind he needs to get things going again with more urgency.

Came bravely for a couple of high balls in the second half and punched well despite being fouled.

Was unable to track the run of Ashley Barnes when Burnley opened the scoring early on.

Offered a good outlet down the right in attack and was regularly found with cross-field balls.

Not quite the performance Liverpool were looking for, but wasn’t the worst player on the pitch.

Probably didn’t expect to be under pressure from the start, but was.

The high line caused a number of problems early on and Matip was one of several players who couldn’t sort themselves out in the opening stages.

Clearances were mis-hit and headers were half won, but he did get used to what Burnley were serving up and became slightly more comfortable as the game went on. Took time to settle as the speed of Andre Gray had him worried from the off.

Tidier as the half went on as he became more familiar with the movement of his tricky opponent.

Made some important clearances and was eventually the most dominant of the back four; one block from Barnes shortly after Liverpool had taken the lead was vital.

Offered little of note in attack or defence. Alberto Moreno must be terrible in training.

Sent the Kop into raptures with a thunderous strike from outside the area to give Liverpool the lead, and ultimately win the game.

Physical early on winning headers in front of the back four, but also gave away a few free kicks as a result.

He was the only one putting himself about but was too sloppy with it, lacking the guile he showed against Arsenal, and was also sloppy with his passing and gave Klopp every excuse to bring Jordan Henderson back as holding midfielder as soon as he’s available.

But at the end of the day his excellent goal won the game for Liverpool, and rescued three points from a poor performance.

Peripheral, careless and not physical enough. His high work rate was still present, but despite the running he was often outmuscled or out of position.

Improved as the opposition tired and his own fitness began to show.

Moved to the right of the attacking three late on where his pressing from the front was able to help the side in the closing stages. Georginio Wijnaldum – 7 (Man of the Match)

The best of a bad bunch in the first half, and his constant box-to-box work meant that he found himself in the centre-forward position towards the end of the opening period, when he was able to turn home Divock Origi‘s cross.

The most competent of the midfield three, and is solid in the centre of the park even when those around him are having an off-day.

The liveliest attacker in the first half, but though he managed to get into good positions his final ball was lacking.

His touch went from sublime to loose, but he was always of a forward thinking mindset.

Occupied the centre-forward position after Origi’s exit, and almost added a third in the final minutes. It would be interesting to see him start a game up front in the future.

Poor in the first half, and nothing he tried came off.

Was surprisingly well shackled by George Boyd, which probably says more about Coutinho’s sub-par performance than it does Boyd’s defensive traits.

His sloppiness continued into the second period as passes went astray and dribbles led to lost ball.

He did manage one dangerous cross following a badly worked free-kick, but Klopp had already seen enough and replaced him with Ben Woodburn shortly after.

Starved of good service so took it upon himself to work harder to get into the game, and this paid off when his cross from the left led to the equalising goal for Wijnaldum.

His pressing of Burnley left-back Stephen Ward drew one of the biggest cheers of the afternoon.

Was eventually withdrawn with 10 minutes to go, and replaced by Lucas Leiva as Jurgen Klopp looked to tighten things up.

Ben Woodburn (on for Coutinho, 60′) – 6 – Something different for the opposition to think about, and wasn’t afraid to get involved.

Lucas Leiva (on for Origi, 79′) – N/A – Bolstered the centre of the park and provided an extra defensive mind in the final stages of the game.

The Milner and Moreno question aside, the manager’s starting lineup picked itself due to the injuries to Henderson, Roberto Firmino, Dejan Lovren and Daniel Sturridge.

There was no reason that the XI picked should find it difficult against a Burnley side who’d only picked up two points away from home this season. But they did.

Though the players must shoulder some of the blame for their failings early in this game, it’s up to the manager and coaching staff to make sure that they aren’t surprised by anything the opposition throw at them.

However, they were able to turn things around in the second half, and this is where the manager must also take some credit. He was also right to bring off Coutinho when he did.

It wasn’t a vintage Klopp performance, but it brought three points—when the team go behind early on, coming back to win is all that matters.