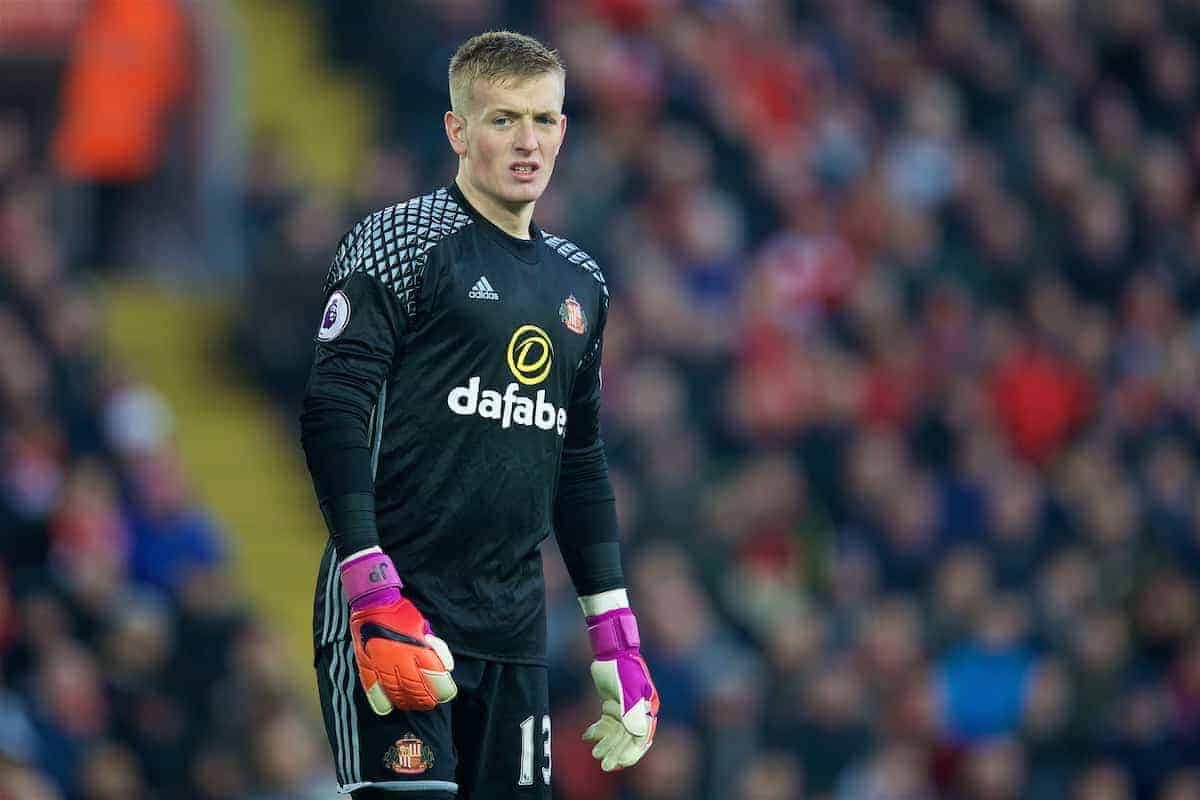 Liverpool are said to be considering a summer move for Sunderland goalkeeper Jordan Pickford, along with a host of Premier League rivals.

Pickford has been one of the few shining lights of the Black Cats’ season, emerging from the club’s youth ranks to take up the role as No. 1 goalkeeper.

The 22-year-old earned his first call-up to the England squad in October, with Gareth Southgate recognising his potential as an understudy to the likes of Joe Hart and Fraser Forster.

He could soon surpass the Three Lions duo, however, such is his blossoming quality, and this will likely also lead to a summer move away from the Stadium of Light.

With Sunderland looking set for relegation under David Moyes this season, interest in Pickford is expected to amplify over the summer, according to the Telegraph.

Liverpool are said to be one of the clubs monitoring the stopper ahead of a possible bid, and they are claimed to have been “scouting him regularly.”

Both Man City and Arsenal are also listed as possible destinations for the Tyne and Wear native, who has been with Sunderland since the age of eight.

That the Reds are reported to be “more likely to move for Hart at the end of the season,” however, proves speculation regarding Pickford should be taken with a pinch of salt.

Hart has been continually linked with a move to Merseyside, but this is still highly unlikely.

Jurgen Klopp moved to add German goalkeeper Loris Karius to his ranks last summer, and while he has since been usurped by Simon Mignolet, the 23-year-old should have a bright future at Anfield.

The Reds have been linked with a host of goalkeepers already, and this does not look like ending any time soon.

According to the Mirror, Udinese teenager Alex Meret is also a target, having impressed on loan with SPAL this term.

Klopp should keep faith in Karius next season, with the former Mainz ‘keeper able to compete with Mignolet and Ward for the gloves during what should be a busy campaign for the Reds.

Beyond those, academy quartet Ryan Fulton, Kamil Grabara, Shamal George and Caoimhin Kelleher can also be considered options for the future between the sticks.

If Pickford is actually a target for Klopp, however, he certainly has the quality required to establish himself as long-term No. 1 for Liverpool.