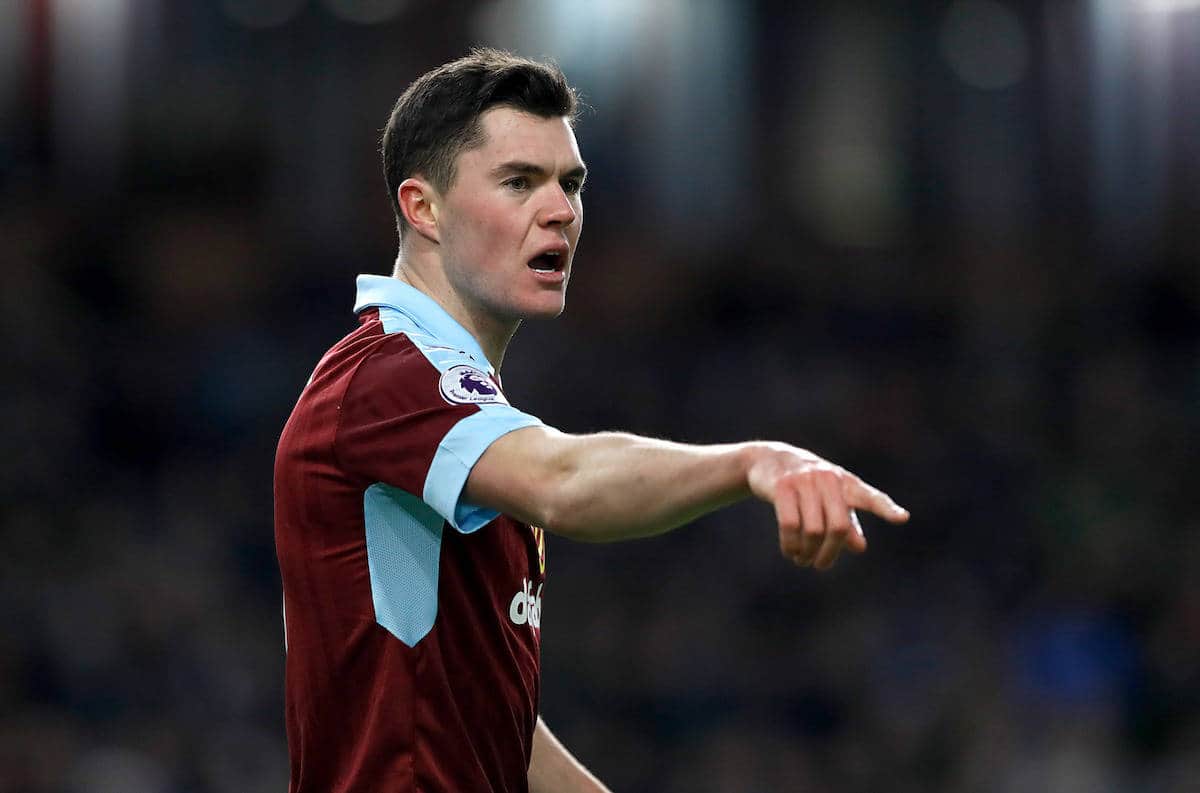 Burnley centre-back Michael Keane has addressed interest from the likes of Liverpool, admitting it was a “flattering” response to his form.

The 24-year-old has been one of the Clarets’ standout performers this season, with Sean Dyche steering them away from relegation and into 13th in the Premier League.

This has drawn glances from around the Premier League, with Liverpool among those credited with an interest in the former Man United youth.

Merseyside rivals Everton are believed to be his most likely destination, but both Man City and Leicester City join the Reds in pursuing the defender ahead of the summer transfer window.

And after Keane made his England debut in Wednesday night’s 1-0 friendly defeat to Germany, he described this interest as “flattering.”

However, he would not concede whether he was open to a move away from Turf Moor at the end of the season.

“It’s flattering to see, but I’m focused on Burnley,” he told reporters.

“We’ve got nine games left in the season and we need to make sure we remain in the league.

“But to see things like that can only mean you’re playing well.”

It can certainly be argued that centre-back is high on Jurgen Klopp‘s list of summer priorities, with Liverpool struggling for consistency in defence this season.

Joel Matip is established as one of Klopp’s first-choice options at the back, but while Dejan Lovren has been preferred alongside the Cameroonian, his injury problems are a concern.

Ragnar Klavan, Lucas Leiva and Joe Gomez are Klopp’s other candidates, but signing Keane would certainly improve his ranks.

That the Burnley star is a right-sided centre-back, however, makes reports of Liverpool’s interest confusing.

Matip has made that role his own this season and having been one of the most high-profile signings of Klopp’s reign so far, it is unlikely he will be supplanted this summer.

It could be that Gomez has been earmarked as the long-term solution on the left-hand side, with the England U21 international having been deployed on either side since his return from injury.

But having experienced a marginal role at Old Trafford already during his short career, and leaving for Burnley in search of regular football, whether Keane would be willing to take up a squad role is unlikely.

Nevertheless, he remains an accomplished Premier League centre-back and would be a strong addition to Klopp’s squad.