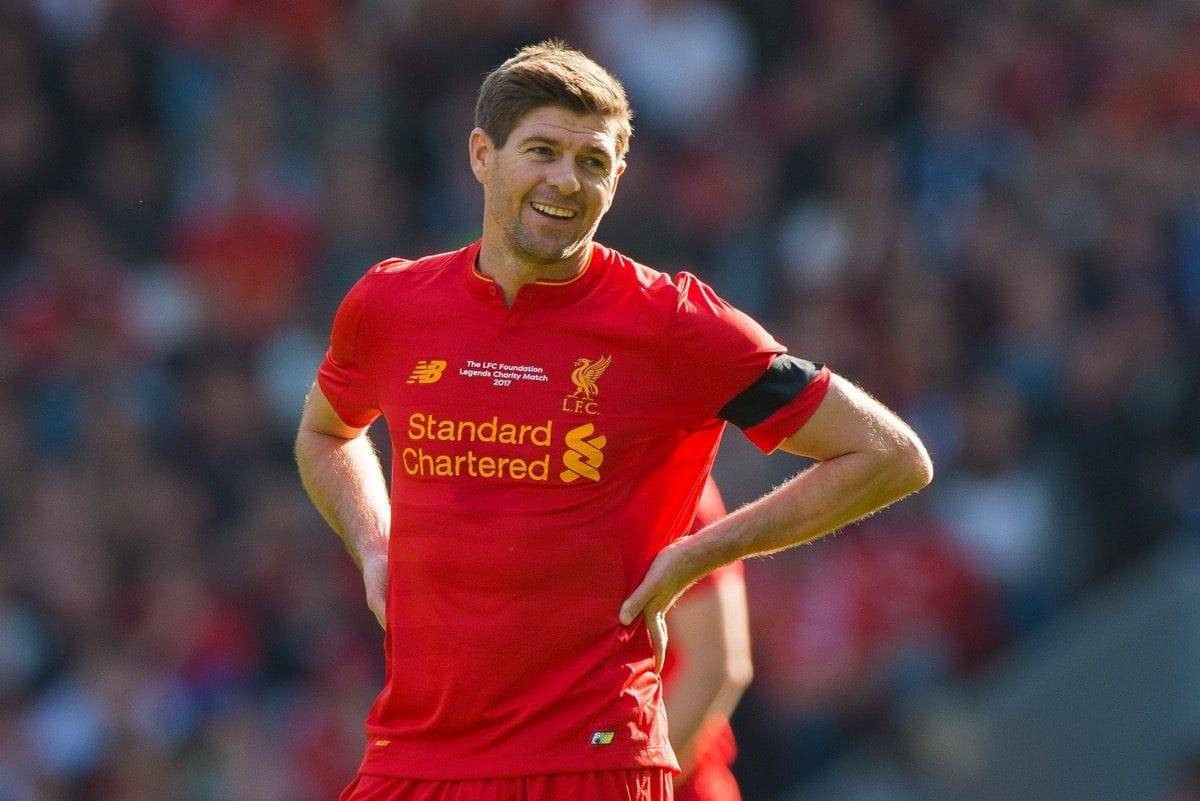 We take a look at the best of a photos as a Steven Gerrard-inspired Liverpool Legends side recorded a 4-3 win at home to Real Madrid.

A side full of Reds stars of the past took to Anfield for their latest charity clash, looking for revenge after Real’s 4-2 win at the Santiago Bernabeu in 2015.

This was a much-changed Liverpool side, however, with Gerrard and Daniel Agger among those to recently turn out for the first team, with the former only leaving the club two years ago. Before kickoff, both sides paid tribute to the late, great Ronnie Moran, with a minute’s applause held at Anfield for the recently passed Mr Liverpool. Steve McManaman was among the familiar faces on show on Merseyside, with the cultured midfielder turning out for both Liverpool and Real throughout the afternoon. Michael Owen was another to have represented both sides, and the striker looked one of the most threatening in the opening stages. Owen got the Reds off to a great start with a close-range header, after an excellent cross from none other than Gerrard. It was great to see Agger pull on the red shirt again, with the Dane retiring from professional football in 2015, with his latter years dogged by injury—though his quality still shone through. Luis Garcia, somewhat of a veteran in legends fixtures at this stage, was another to have impressed on Saturday, with the Spaniard arguably the fittest player on the pitch. Liverpool didn’t get their second goal of the afternoon until after half-time, when substitute John Aldridge tapped home, with another assist from Gerrard. And when Gerrard was bundled over in the box by Jerzy Dudek, Fowler stepped up to slot home the penalty. Fowler received plenty of stick for not allowing Gerrard to take the penalty, but as the 41-year-old said after the game: “I wasn’t wanting to give up that chance of scoring in front of the Kop.” Gerrard had his moment of glory soon after, however, touching down Jason McAteer’s cross before firing an unstoppable volley into the back of the net to make it 4-0. Alan Kennedy, who sealed Liverpool their third European Cup triumph in 1981 with the only goal in a win over Real in Paris, was among those to turn out in the second-half sun. And while Real pegged the home side back through late goals from Edwin Congo, Fernando Morientes and Ruben de la Red, it was just great to see some old faces back together once again.