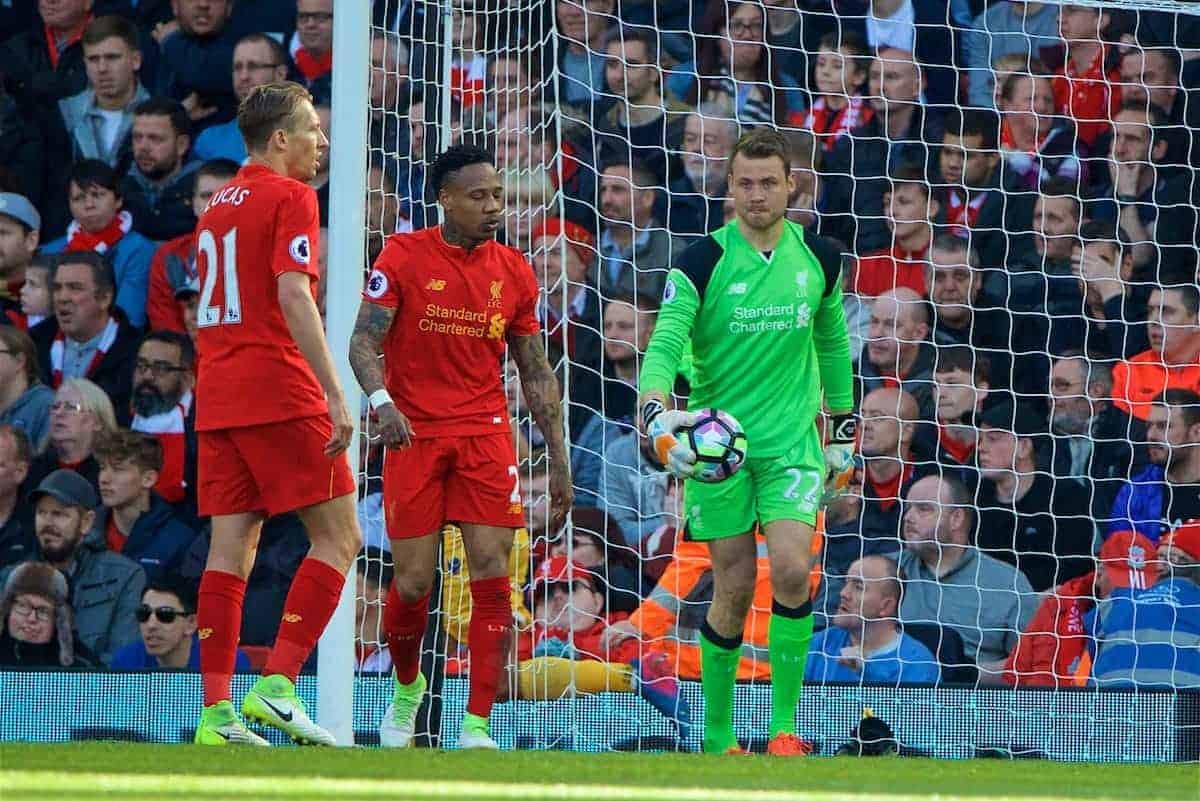 Liverpool’s top-four hopes suffered a big blow as Christian Benteke marked his Anfield return with a brace to condemn the Reds to a costly 2-1 defeat.

It always seemed so inevitable. Sam Allardyce said post-match he’d have bet on it, if he could have.

Klopp gave his team a public warning about the threat Christian Benteke would pose, but the Reds’ defence failed to heed the boss’ warning signs, affording him the freedom of Anfield to rub salt into the wounds and turn in a match-winning display on his return.

Poor defending allowed the one-time £32.5million signing to convert the sort of chance he so often missed while wearing a red shirt in front of the Kop, before yet more set-pieces struggles gifted him an easy winner 15 minutes from time.

The brace has now seen Benteke score more goals at Anfield as a visiting player (5) than he managed in L4 while playing for us (4), with the Palace front-man now having netted seven goals in eight appearances against Liverpool.

It was painful to witness, especially with Mamadou Sakho joining in the celebrations, but it was always so predictable.

It seemed a corner had finally been turned at West Brom.

The Reds defended aerial balls superbly, keeping the league’s most proficient outfit from set-pieces at bay at the Hawthorns, with the whole team carrying out jobs perfectly.

Liverpool then even won the game scoring from one in a shock turn of events, Firmino arriving with perfect timing to convert Lucas’ flick-on after James Milner’s free-kick.

But it was back to business as usual at Anfield, with the Reds losing the game by falling back in to bad habits with a lack of competitiveness and organisation allowing Benteke to head home a painful winner unchallenged.

Andros Townsend delivered a dreadful corner, but Liverpool still made a mess of dealing with it, with Firmino failing to clear at the near-post before Emre Can lost Benteke, and Lovren was so flat-footed he couldn’t even lunge to put a block in.

It was the 13th goal the Reds have shipped from set-pieces this season and you have to wonder whether it will ever improve at them. Few Reds impressed on a miserable and costly afternoon at Anfield, but one man who deserves credit for his performance is Coutinho.

It seemed the Brazilian had almost taken Liverpool’s quest for Champions League football on his own shoulders, providing the Reds’ biggest attacking threat and working relentlessly off the ball in equal measure.

Coutinho played like a man on a one-man mission at times, summed up as he assisted his own opening goal – winning the free-kick with some clever footwork before stepping up to convert with an outstanding curling strike, handing him his best Premier League goal-scoring season with 10 goals.

Buoyed from the stunning strike, Coutinho carried the fight for Klopp’s men, popping up here, there and everywhere as he pulled the strings, saw shots blocked, a penalty appeal turned down and even a goal-bound bullet header blocked.

The No.10 may not have enjoyed the match-winning rewards for a wholehearted performance that best mate Roberto Firmino has in recent weeks, but Coutinho’s work certainly deserved far more.

Much has been said about how Liverpool are a different defensive challenge with Joel Matip and Dejan Lovren as the centre-back pairing.

But despite that fact it has taken 14 games for Liverpool to lose a game in which the duo have formed the defensive partnership, it’s still not good enough, with much of this down to Lovren’s unreliability as shown once again in an ugly display.

From the off the Croatian struggled as he produced some typically wayward early passes, and it set the tone for an afternoon which culminated in being hauled off, with his most costly moment coming in his role for Palace’s equaliser.

Lovren’s first made a poor decision to follow Yohan Cabaye’s run too tightly, before inexplicably allowing the Frenchman to break in goal side and then being stripped for pace by the Eagles midfielder.

Matip hardly covered himself in glory either, failing to defend the near-post or mark Benteke, but it was Lovren’s poor decision and alarming lack of speed that gifted the chance.

His afternoon failed to improve as he was beaten one-against-one time and again, and in week Klopp talked about “very positive” talks for big signings this summer, Lovren handed a timely reminder as to why new centre-backs must be a priority.

After priceless back-to-back wins on the road, the Reds had all the momentum ahead of Palace’s Anfield arrival.

Klopp’s men simply had back up the fantastic work produced at Stoke City and West Brom on home soil, but once again Liverpool failed to grind out victory at Anfield, slumping to a disastrous loss.

Though we still sit nicely in third place, the position in the top-four race is now worryingly uncertain with all rivals boasting games in hand, with United now only three points behind with two games in hand on Klopp’s side.

A good day for Arsenal was made even better by the Reds’ failure to win, with the Gunners now able to level up with Klopp’s team should they win all three of their games in hand.

From a position of authority, Liverpool are now hanging on in the chase for Champions League football, and are likely to need to win all four remaining games in order to secure this season’s main aim.

A tough task awaits to make that happen.