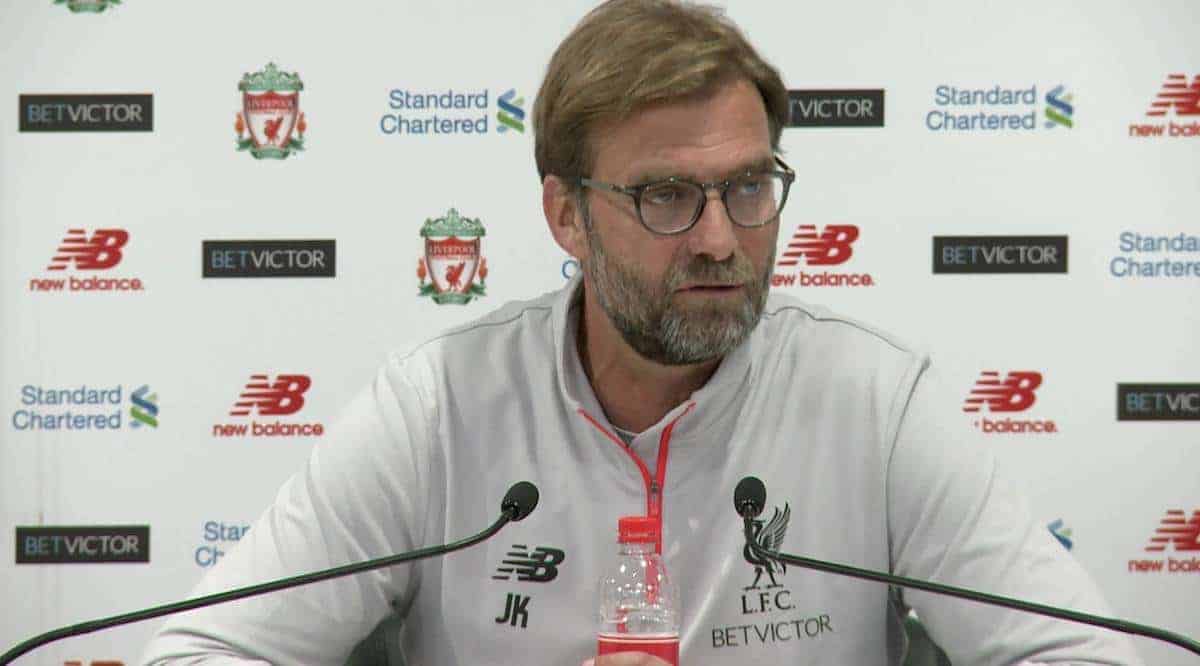 The Reds fell to two Christian Benteke goals as hopes of stabilising their position in the race for a top-four finish faded miserably.

Philippe Coutinho had opened the scoring with a wonderful free-kick before the half-hour mark, but Liverpool were left to rue three points dropped at Anfield.

Speaking after the game, Klopp admitted the loss was “frustrating,” putting the onus on “how we react,” with four games left to play before the end of the season.

The German was full of praise for the “outstanding” Benteke, with the former Reds striker in fine form throughout, but stressed that “we gave them opportunity out of nothing.”

Liverpool’s defence was certainly poor, serving as another reminder of the need to strengthen in the summer.

Before then, however, Klopp will be looking for solutions, as he bids to ensure the Reds finish ahead of Man City, Man United and Arsenal.

One player who could help between now and May is Adam Lallana, with Klopp suggesting the midfielder would be able to return against Watford on May 1.

However, his view on Daniel Sturridge‘s latest hip injury was less optimistic, with the striker likely ruled out for what is a crucial four-game stretch for Liverpool.