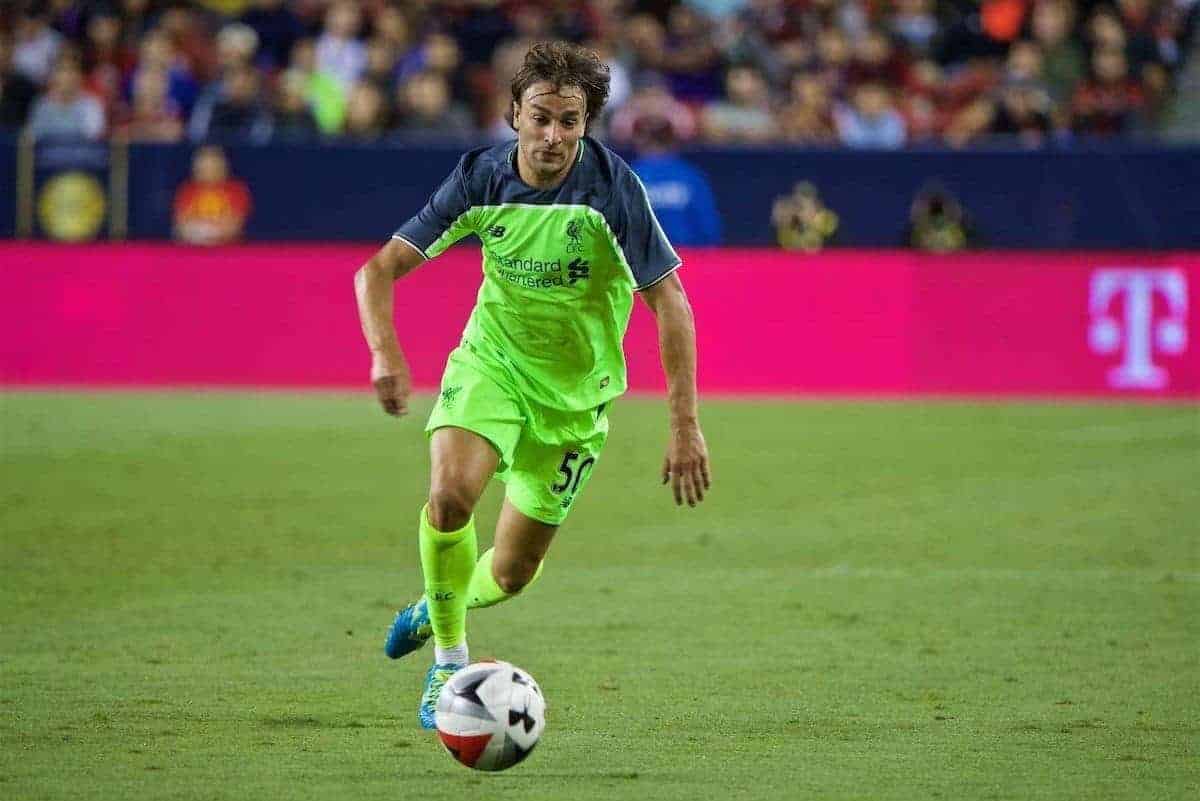 Lazar Markovic scored his first goal for Hull City on Wednesday night, helping his loan club to a 4-2 win and vital three points over Middlesbrough.

The Serbian has had a mixed period at the KCOM Stadium since making the January switch following the early end of his spell at Sporting Lisbon.

And the Reds’ loanee built on that impacting performance by claiming a goal of his own in the crucial relegation six-pointer.

With 14 minutes played and his team already trailing 1-0, Markovic drew his side level as he pounced on a loose ball and poked home inside the six-yard box.

It wasn’t the most aesthetically pleasing goal of Markovic’s career, but the Serbian showed good intelligence to hold his position and read the situation before following up.

The goal came just minutes after the loaned man almost posted his first direct assist for Hull too, but Oumar Niasse’s finish from Markovic’s unselfish pass was ruled out for offside.

Most positively, Markovic’s first Premier League goal since his strike for the Reds against Tottenham in 2015 came as part of another bright overall performance, which helped lift Hull out of the relegation zone.

After impressing as a No.10 against West Ham, Markovic was restored a wide-role against Boro and he caught the eye with his dribbling skill and threat from the right flank.

It’s promising to see Markovic in such form currently, with the winger clearly benefitting from enjoying regular football for the first time in two seasons.

His form could yet give Jurgen Klopp something to think about over his Anfield future, especially given Liverpool’s lack of genuine wide-options in attack.

But even if Klopp decides he doesn’t have a role, a strong end to the season from Markovic would at least put the Reds in a stronger position to recoup a larger chunk of the £25million fee paid to sign him in 2014.

West Ham have recently been reported to be interested, with Liverpool said to be looking for a fee of around £16million.

In the meantime, Markovic’s challenge is to continue his positive form, and hopefully he can do Liverpool a favour by producing the goods against Man City on Saturday.