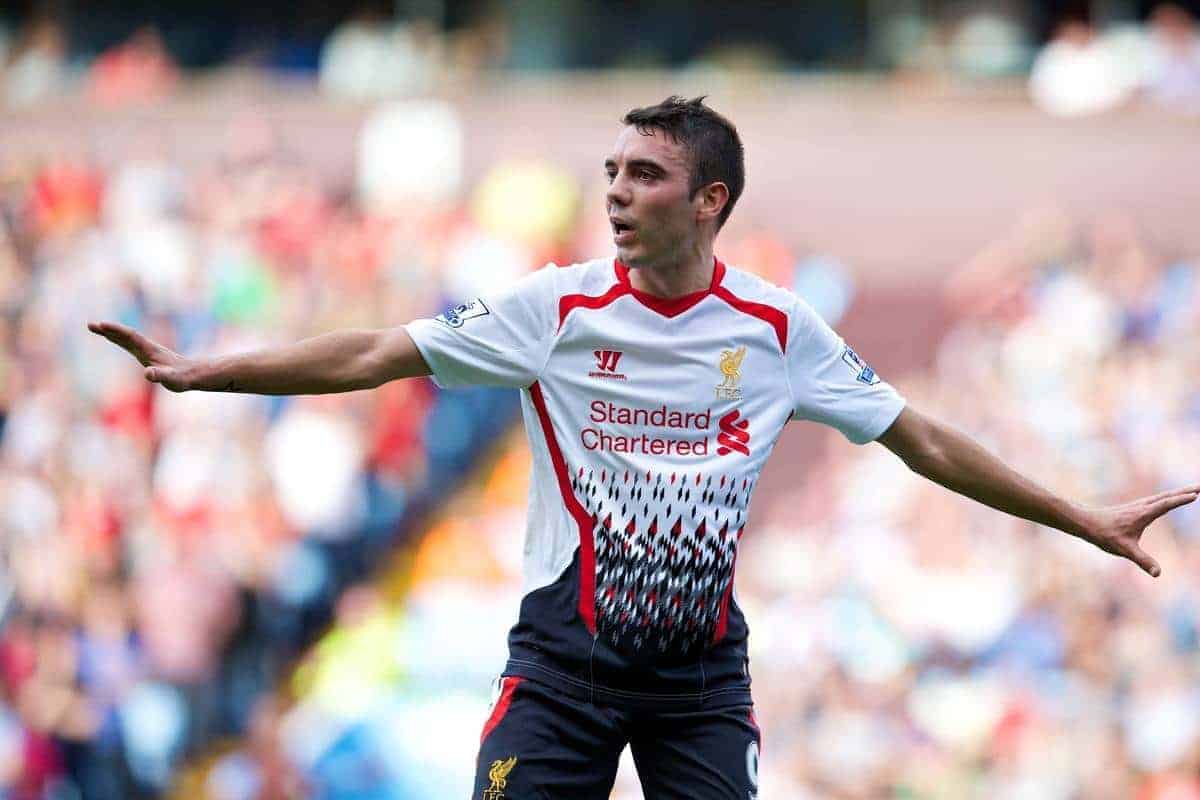 Ex-Liverpool striker Iago Aspas has no problems with his troubled campaign on Merseyside in 2013/14, having recaptured his form at Celta Vigo.

Aspas spent two short years on the books at Anfield, but only one season with the Reds, making 15 appearances during their ill-fated title challenge.

The Spaniard scored just one goal, laying on another, with the enduring memory of his time with the club a weak attempted corner in an eventual 2-0 loss to Chelsea at Anfield.

Aspas left to join Sevilla on loan in 2014, finally ending up back with Celta a year later.

There, he has revived his career, scoring 42 and assisting 13 in 85 appearances so far, as well as a sensational goal on his debut for Spain against England in November.

Thursday night gives Aspas the chance to prove himself again to a wider audience, when Celta take to Old Trafford for the second leg of their Europa League semi-final clash with Man United.

And Aspas is eager to put Jose Mourinho’s side to the sword, to repay Liverpool supporters after his failure in the Premier League.

“It was a great season for Liverpool…I just wish I could have played a bigger part,” he told the Mail.

“The corner is the last memory they have of me but football always gives you another chance.

“Let’s hope the new lasting memory of me in England is knocking Manchester United out of Europe, for the sake of Celta Vigo, and for the happiness it would bring to Liverpool supporters too.” Aspas has previously been criticised for his failure to integrate at Liverpool, often resembling a spare part in Brendan Rodgers’ formidable squad.

This saw him play just 468 minutes in all competitions, but the striker believes there are mitigating factors behind his struggle: chiefly, the form of Luis Suarez and Daniel Sturridge.

“Sturridge scored 22 league goals, I think, and Luis 31, so it’s normal that I didn’t get many chances,” he explained.

“It didn’t annoy me; I understood that I couldn’t play with them at that level.”

There was also a culture shock for Aspas, who left Liverpool unable to speak English, having travelled over with his family and spoken to Rodgers in his native tongue.

All that matters now, however, is victory over United, and Aspas will have the backing of his old supporters on Thursday.

“I know that Liverpool fans want Manchester United to lose just as United fans wanted Liverpool to be beaten by Sevilla in last year’s Europa League final,” he said.

“We have to play with no fear; only a win will do so we have to go for it.”