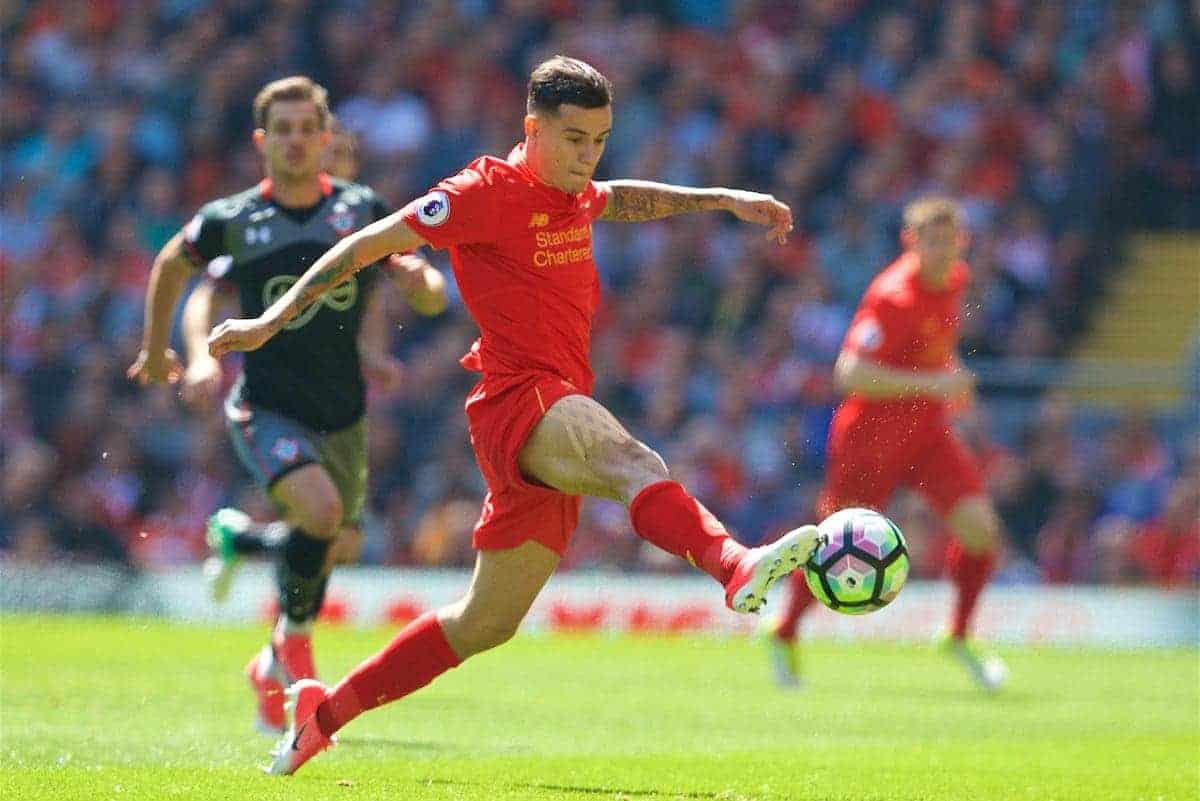 Liverpool were held to a goalless draw by Southampton on Sunday, with far too many Reds players well below their best.

A quiet afternoon for the goalkeeper, who was relatively untroubled against a Southampton team who refused to attack.

He made a strong second-half punch to clear the danger from a corner and was slightly lucky not to be penalised for a handball outside the area.

As per usual, a typical Clyne performance.

The right-back was his normal reliable self when it came to his defensive duties, but never quite offered enough going forward.

It has been an uninspiring run of form from him.

Matip will be given harder tests in a Liverpool shirt, but he was generally efficient.

The towering defender’s use of the ball was good, he was aerially dominant and he kept Manolo Gabbiadini quiet. One limp second-half tackle was the only real blip.

Like Matip, Lovren had very little to do throughout the afternoon, but we saw none of the errors that can occasionally let him down.

There really is very little else to say about him.

Milner has looked more jaded than anyone as the season has progressed, and he was disappointing at Anfield.

His crossing was inconsistent, he failed to provide the energy that he did earlier in the campaign and his lack of positional sense almost allowed Dusan Tadic to steal in in the first-half.

Saw his penalty saved – his first failure from the spot since 2009.

The Brazilian has been in good form of late, registering three assists in five matches, and he one of the better players against Claude Puel’s side.

His passing was more ambitious than normal, showing up some of his more naturally creative teammates, and his influence was noticeable.

Can has arguably been Liverpool’s best player in the last couple of months, but like so many around him, he couldn’t hit top gear.

In fairness, there was more urgency to his play than most, both on and off the ball, but he was part of a very one-dimensional midfield.

Wijnaldum has been an excellent signing, but he can have a tendency to vanish in games. This was one of those occasions.

A lack of risk-taking and threat in the final third was far too evident, with the Dutchman playing things too safe and making things easy for Southampton‘s defence.

He cannot afford to be that quiet.

Coutinho wasn’t at his best, but he did at least look like making things happen.

There was a buzz every time he had the ball at his feet, but a lack of movement from teammates and a general lack of zip to his own play made it a frustrating afternoon for him.

It was far from a vintage Firmino performance, but like Coutinho, he did carry a threat.

He didn’t always hold the ball up well, and a few passes were under-hit and lazy, but he worked hard and produced sporadic moments of class. Strangely subdued.

Not good enough from the young striker, who can be such an infuriating player to watch. Origi has it all in his locker, but too often he flatters to deceive.

Sunday was another example of this, with his movement non-existent, decision-making unreliable and all-around impact not at the level required.

Age cannot always be used as an excuse, and Daniel Sturridge really showed him up when he replaced him.

Liverpool looked slicker with him on the pitch, but he didn’t do a huge amount.

A lively cameo from the striker, who almost scored a delightful solo effort and looked a class act.

Saw a late header saved by Fraser Forster, but didn’t have enough time to make a proper impact. Not the greatest day at the office for the Liverpool manager, who perhaps should have started Sturridge or Lallana in place of Origi.

He also left his substitutions too late, albeit not as late as in some matches, and his players didn’t seem geed up for the occasion.

He has to take responsibility for such a lifeless performance.

Four games against Southampton without scoring, yet the same system used each time and no attempt to change things. Extremely poor.