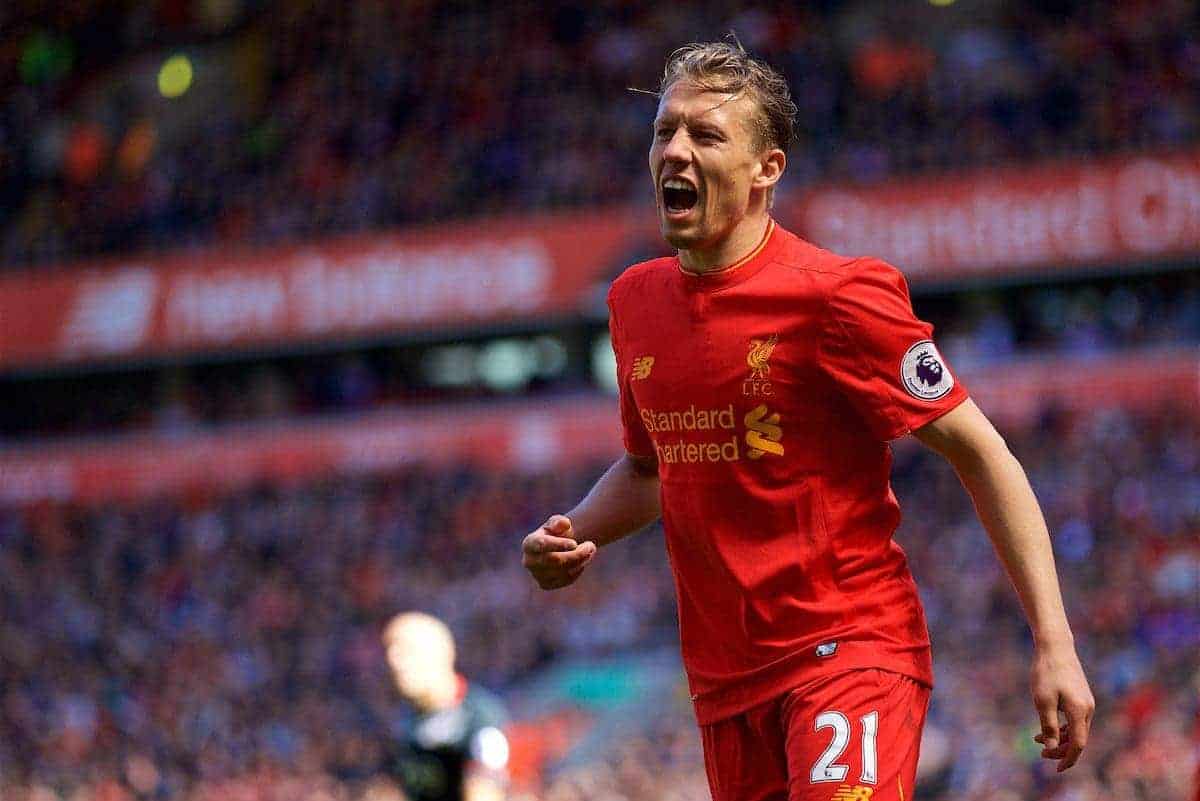 Liverpool were held to a frustrating 0-0 draw at home to Southampton on Sunday afternoon, as their Premier League top-four push took a blow.

After their embattled 1-0 victory away to Watford on Monday night, Liverpool welcomed transfer bosom buddies Southampton to Anfield for the 35th game of their Premier League campaign.

Having failed to defeat the Saints on the three separate occasions already in 2016/17, drawing 0-0 in the league and twice losing 1-0 in the League Cup semi-finals, Sunday’s clash was precariously poised.

Fortunately, as the Reds push for a top-four finish, Jurgen Klopp is buoyed by an increasingly strong squad, though the German named an unchanged side for the fourth game in a row.

With rivals Man City beating Crystal Palace 5-0 on Saturday, and Arsenal and Man United to face off later on Sunday, Liverpool needed three points at home, but were left frustrated.

Resplendent in the Merseyside sun, Anfield kicked off amid a lively atmosphere, with the Kop responding to recent suggestions that the home factor has seen Liverpool suffer.

With Southampton following the blueprint from their previous victories in the League Cup, sitting deep and stifling the Reds, there were few genuine opportunities in the first half.

Coutinho had the home side’s first shot on target with a long-range effort on 23 minutes, but Fraser Forster was not troubled, scooping up the Brazilian’s strike with ease.

As Coutinho was forced to drop deep, there was little movement from Liverpool in the forward line, with Anfield waiting for a moment of magic as Southampton‘s defensive approach continued to prevail.

But the first half came to an end with Klopp’s side having managed just three shots on target, none of which came from inside the Southampton penalty area.

Klopp made no changes at the break, leaving both Adam Lallana and Daniel Sturridge on the substitutes’ bench as he kept the faith in his starting selection.

Emre Can, lifted by his wondergoal away to Watford last time out, powered a long-range strike over the bar just before the hour mark, with Liverpool in need of a spectacular intervention.

It took another long ball from Lucas Leiva, creator at Vicarage Road, to give the Reds an opportunity, with Jack Stephens’ handball gifting Liverpool a penalty, but Fraser Forster made a strong save to deny James Milner.

That stop prompted Klopp into action, sending on Lallana and Sturridge, to replace Lucas and the ineffectual Divock Origi, but they were unable to make the difference.