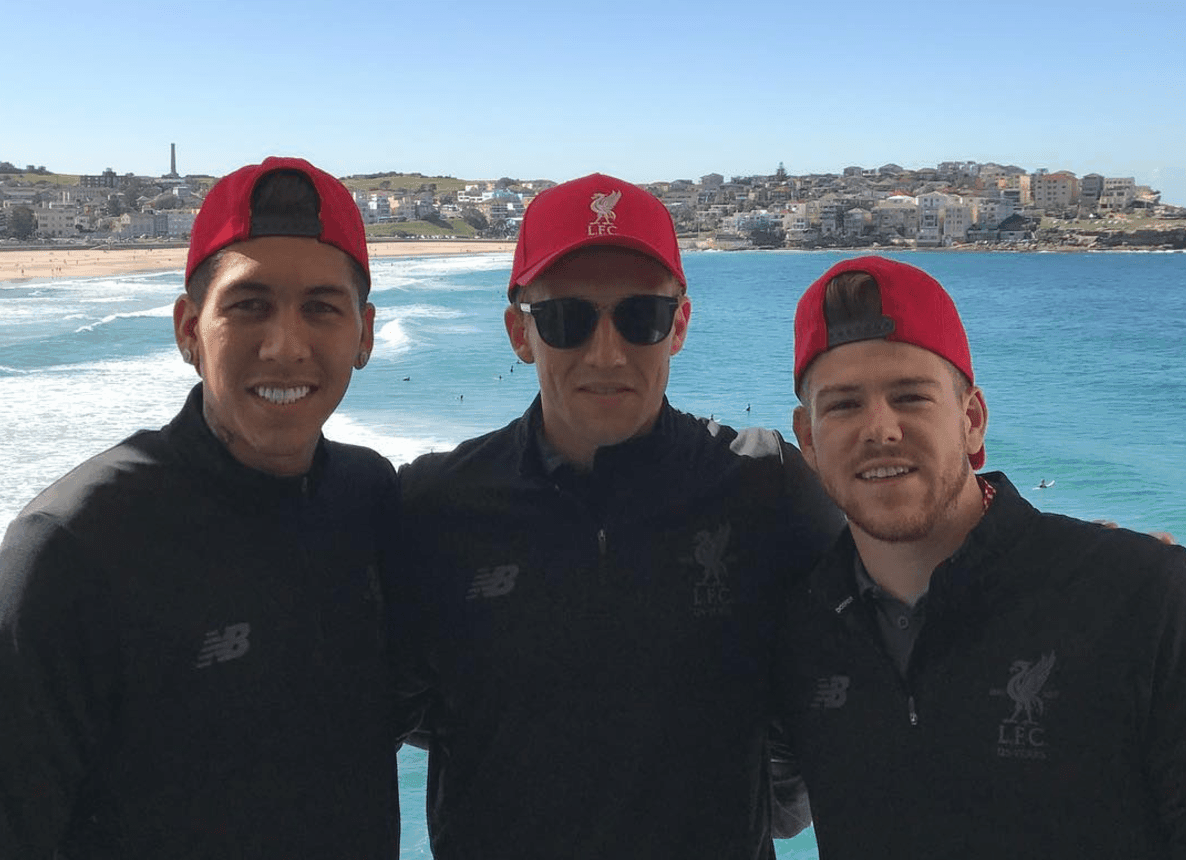 Having dispatched of Sydney FC on Wednesday, Liverpool’s players have been letting their hair down and sight-seeing in Australia.

The Reds won 3-0 against the A-League champions, thanks to goals from Daniel Sturridge, Alberto Moreno and Roberto Firmino.

It finished off a productive end to a positive season at Anfield, with Champions League football secured and an exciting summer on the horizon.

Liverpool were only in Australia until Thursday morning, but they made the most of their time Down Under, with Jurgen Klopp and his players learning about the Aboriginal culture and going to a zoo, among other adventures.

Numerous players have been sharing their experiences on social media – here’s the best of what they’ve been up to.

Enjoying some nice views in Sydney. Thanks for having us, Australia ???? #sightseeing #LK1 pic.twitter.com/i1zETdmX6R

Great day with my brothers!! What a beautiful country Australia is. ????

Appearance day with my brothers?

Room with a view! #Sydney #HarborBridge ??

Mad day with all the @LFC squad and legends playing in front of 72,000 fans.. Thank you Sydney! #RedsInSydney ? pic.twitter.com/YohoNfLbZT