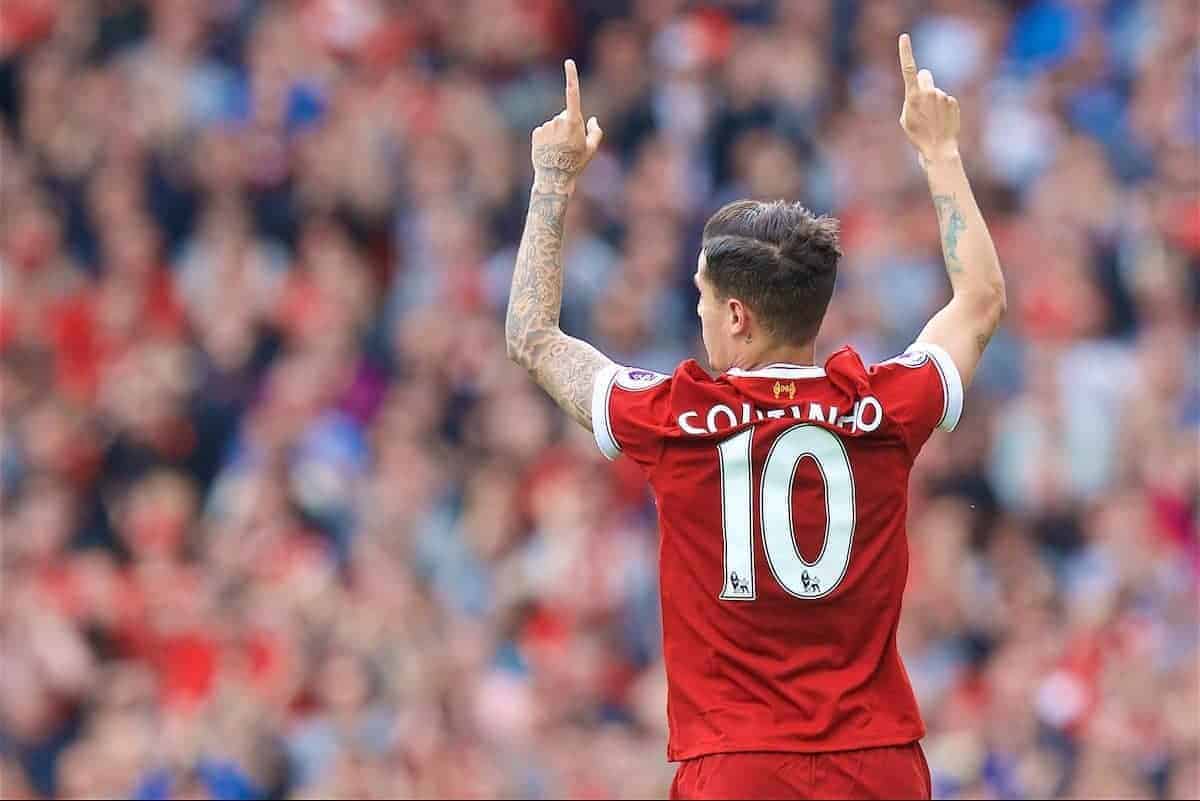 The Reds’ snazzy new home kit for 2017/18 is a hit with fans, while Philippe Coutinho continues to prove most popular among the players.

With one campaign barely over and the Champions League on the horizon, fans are already looking forward to next season and snapping up the new home kit with Liverpool’s 125th-anniversary crest on.

The club website has released a countdown of the most popular players’ names being ordered on the back of the jersey—and it’s no surprise that Brazilian Coutinho is on top.

His goals, skills and personality have made him a big hit on Merseyside over the past few seasons, and fans will hope to see him light up Anfield in Europe’s elite competition next term—many of them with his name on their shirt.

Making up the entire top 10, Lucas Leiva and Daniel Sturridge share a spot, with the striker perhaps surprisingly low on account of ongoing speculation over whether he remains at the club or not.

Goalkeeper Simon Mignolet rocks in at ninth thanks to a spectacular end to the season, with vice-captain James Milner at eighth.

German midfield general Emre Can, bearing the No. 23 shirt, sits at seventh in the popularity charts, just behind club captain Jordan Henderson at sixth. The midfield, so impressive for the Reds in spells last season, continue to dominate the middle rankings with Gini Wijnaldum in fifth—fittingly, for the No. 5—and Adam Lallana up in fourth.

* You can purchase the new home kit from the offical LFC store, here.